To help fill some time on the SMS in a slow period, here's the start of a special mini-series looking back at WLSO 90.1 FM, which was Lake Superior State University's college radio station from 1993-2017, before quietly moving to a stripped-down online streaming model, called either The 46th Parallel Radio, Laker Radio, or Superior Radio depending on your source. Literature about WLSO is slim nowadays, so I thought it'd be interesting to look back at the station's history, programs, and interesting information using the best available source: The Internet Archive's Wayback Machine, which features archives of LSSU's website dating back 23 years, and as such, many variants of the WLSO website have also been archived through there, allowing us a snapshot into how the station looked and sounded once upon a time. This isn't intended to be a blow-by-blow history of WLSO, just a research project by a former student, so there will be gaps in the timeline.

As a way of setting the mood, I recommend listening to Superior Radio's ongoing 24/7 stream at this link, which still airs much of the adult album alternative & freeform music content that aired on WLSO in it's later years on the FM dial, though even if they had local DJs and hosted programs still, the university campus' shutdown due to the ongoing pandemic would have ensured that it was automated right now. Today's first installment will look at WLSO from it's first decade on air, so let's take a trip back in time! 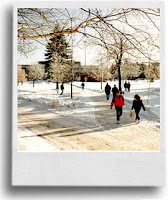 LSSU first launched their radio station as a low-power AM carrier current station for on-campus listening only in 1991, before getting an FCC license and moving to 90.1 FM in 1993, originally under the call sign WLKR. Online materials relating to station activity from the early-mid 1990s are slim to nil, given the internet's infancy, but The Internet Archive's earliest copy of Lake State's website with a page dedicated to WLSO is from January 31st, 1997. At the time, the station was based in the basement of Brady Hall, and was overtly described as a student life "club" to allow students to gain experience in radio broadcasting. They weren't even running 24/7 yet, aspiring to be on the air for 12 hours a day that year, and having went off air temporarily due to reorganization. At the time, Tony Alati was station manager, while WLSO actually had a dedicated heavy metal music director, Carlos Hempe. At that time, they did not have an advertised schedule.

By November 9th, 1998 (archived on December 6th), WLSO received a new website as part of a web development course project by student Chris Bellini. By this point, the website described their on-air content in more detail, including genres of music, numbers and e-mails for requests, and even noting that non-students could be DJs at that time. Now featuring Dan Kobes as station manager, a full schedule for the fall 1998 semester is listed here, though no shows are described beyond the title. J&C In The Morning was their weekday morning drive-time program, while The Insomniac Show also aired for an hour each weeknight at 12:00 AM. Among the more curious late 1998 show names are Anarchy In The Soo, Fishin' On Da Reef, Lucid Lullaby, Manufacturing Cement, and Screw The Soo, plus various others. Carlos was still one of WLSO's musical directors, so metal likely was still a presence.

That website remained online until mid-late 1999, when WLSO's official website received another URL and visual overhaul, as first archived on April 21st, 2000. By this point, Bill Dawson was the station manager, and they had added many genre-specific musical directors, like Jen Hosafros (punk/ska), Joe Miskiw (loud rock), and Seraig Hopgood (alternative). This era of WLSO has a lot of archived program schedules that you can read by following this link, though highlighted text is essential to read any white lettering. At this time, the station happily allowed DJs to use nicknames or just first names on-air, and the eclectic show titles also continued. In the 1999-2000 school year, you could listen to programs like The Awesome Elmo & Cookie Monster Show, Noise Funnel, Where's My Pelvis, and Wrong Trousers, while DJs like Master O'Boogie, Doctor & Spacemodulator, Kid Icarus, and No Bad Cool were among the on-air roster.

Two programs from that school year have surviving pages through the Wayback Machine, both hosted by long-time country music DJ Frank Blissett, namely Country Roads and the vintage/archival music program Frank's Gay 90s Revue. Also, WLSO was offering mobile DJ services, and hosted live DJing at Dano's Pizza on Friday nights at that time. By the summer & fall of 2000, the WLSO schedule was expanded on to include some genre descriptions, and as such, metalheads may have been listening to Bob host Wednesday Aggression at 7:00 PM, Erik & Oz's untitled hard rock/metal block on Tuesdays & Thursdays at 7:00 PM, or Slush Puppy's metal show Brothers From Other Mothers on Thursdays at 4:00 PM. At least in the fall of 2000, Monday was the destination for punk fans, courtesy of Angela's Raccoon Puppet Show at 6:00 PM and Spinach's Extra Butter at 9:00 PM. Also, don't forget about such bizarrely named shows as Subversion Is Sexy and Homemade Erratic Bear Bones, among others.

Our next installment in this WLSO spotlight series will focus on at least the early 2000s (starting from 2001), but I have not started writing it yet, so I don't know how much material is out there from that period, and whether or not I'll have to slow down the timeline or stretch things out. In any event, our next news post will be about current topics in the Twin Saults and area, so look for that tomorrow! Thanks everyone!
Posted by The Sault Metal Scene at 12:00 AM