Channel Summary: The official Dullahan channel has seen five uploads make it's way here since the project's inception, including three single song uploads, a cover, and what the band termed as their first EP.

Why You Should Watch: Fans of atmospheric and instrumental black metal should find something to like on Dullahan's channel, and with them standing out in a local music scene that's never been historically strong for black metal bands, they were a unique sight during their heyday! However, their videos are all studio recordings with no videos or photos of Sevriz & Wyrn, adding to the band's secretive nature, so keep that in mind. Also, note that this channel hasn't been actively used since early last year.


Our Recommended Videos To Check Out

Dullahan: The Wood Cutter... (Full EP): After previously uploading it's songs in individual uploads earlier that summer, Dullahan compiled a three song "EP" for their YouTube channel and Bandcamp page on August 31st, 2015, entitled "The Wood Cutter", which is their most watched video there. A free posting with no sale option, possibly due to the included cover, the featured songs include the title track (featuring a closing sample from a Le Rêve du Diable song), a rendition of Burzum's "Lost Wisdom", and "Walking Through a Dying Forest". Though minimalistic and sans vocals, these three songs showcase Dullahan's talent and relative originality, with strong bass work and some solid riffs throughout!

Sea of Depression - Dullahan: Almost six months after posting "The Wood Cutter", Dullahan returned in February of last year for their final YouTube upload (to date), namely their original song "Sea of Depression", which was intended to be the title track of their unreleased follow-up EP. Uniquely featuring video footage of nature, waterfalls, and the horizon in place of prepared single/EP artwork, that actually helps the atmospheric vibe of the song, while also maintaining a heavy, chugging progression with solid drumming. Hopefully Dullahan re-emerge down the road, they had a good thing going, and it would have been interesting to see how they would have progressed had activity maintained into 2017! 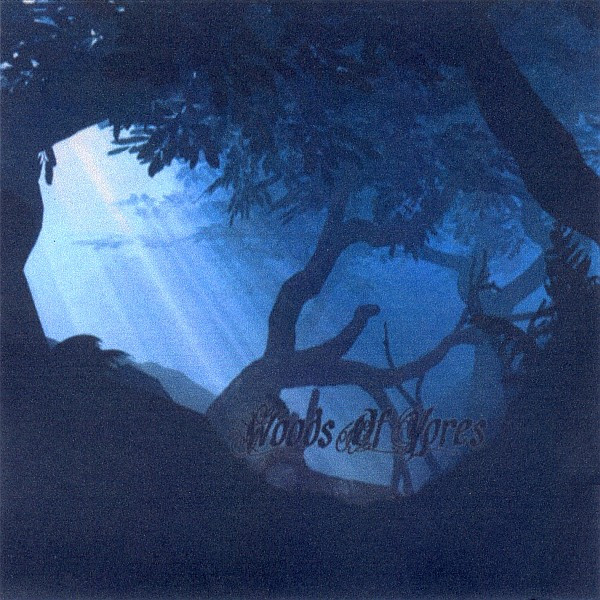 Channel Summary: Though still actively used, Raine/Hlynur's only channel uploads are four clips from defunct local black metal band Woods of Ypres' set at the Obey the Flame Festival in Montreal, Quebec on May 25th, 2003, early in the band's Windsor run. Originally posted in December 2011 shortly after singer/then-drummer David Gold's passing (on the David Gold's Legacy Facebook page), these videos feature him alongside then-singer Robin Cross, guitarists Dustin Black & Colin Wysman, and bassist Aaron Palmer. The videos feature Woods playing most of their debut EP "Against the Seasons", including "Intro: The Shams of Optimism", "Crossing the 45th Parallel", "The Sea of Immeasurable Loss", and the channel's most popular upload, "A Meeting Place & Time". The VHS camcorder quality isn't amazing, but these capture Woods of Ypres' raw early beginnings well enough, with Robin & Aaron a good match on vocals, and the songs are handled well compared to the EP, so Woods of Ypres fans should enjoy these ones!