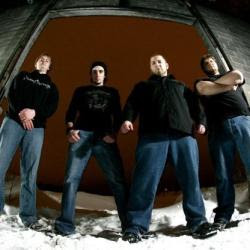 Bio: 2010 marked a great shift in the band's direction. With all of our members focusing on education and finances, writing material for a second album has become a slow but steady effort. Stylistically, Gates of Winter will be moving to faster and heavier territory, abandoning the majority of its past canon. Vocalist/guitarist Lee Maines is currently working on our first demo material for this new project.

(At the time of GarageBand's closure, Brian Holmes was still the band's keyboardist, so he's still listed above despite leaving the band in November 2011. Also, Gates of Winter had no drummer when GarageBand closed, and were using programmed drums on their new recordings. Jon Morrison wasn't confirmed as their new drummer for another four months, and ex-drummers James Chiverelli, Kevin Overton, Jonathan Harvey, and David Gold weren't credited as members, having already left the band by that point.) 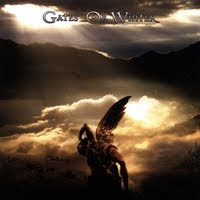 Other Notes: Of the six local metal/hard rock acts on GarageBand, Gates of Winter were the only ones with a Gold Account, allowing them extra site privileges. This included the ability to sell merchandise, including band t-shirts, thongs, toques, buttons, and stickers, but the purchasing links died when their original website expired. A page was also featured where you could buy "Lux Aeterna" through CDBaby, click here to do so. If you're interested in purchasing the album, I recommend doing so by mp3 in case there's no physical copies left in stock, though check in case there is. The CD purchasing page on GarageBand featured this caption about "Lux Aeterna":


"Lux Aeterna" is an album which takes orchestral inspiration from Nightwish and Kamelot while providing the melodic and heavy elements of Strapping Young Lad, Dream Theater, and Opeth. In December of 2007, the band made a collective decision to leak their entire album, making front page news on metal webzines worldwide. The move prompted an internet flurry, which furthermore evolved into a cult following. Through it's sonic diversity, "Lux Aeterna" has appealed to a broad audience, prompting strong internet sales, thus making Gates of Winter one of Canada's leading symphonic melodic metal groups.

SMS Analysis: Gates of Winter were the first local headlining band I ever saw, way back in 2005, and I've been a huge fan ever since! No matter which drummer was with them, they always impressed as both a metal band and as a collective of very talented musicians that have grown in huge ways since their original E.P.! Sadly, they haven't played together on stage since late 2008, going on a year long hiatus before resuming work on their new album, but I'm sure we remember them fondly! Gates of Winter have underwent a very noticeable evolution since their 2003 debut, and have seen their musical focus shift from covers to symphonic metal to progressive death metal, getting heavier & faster all the way through! I won't individually comment on their songs here (read my reviews of both of their CDs at the links on the left), but the whole band show amazing talent that is very welcome locally! From the amazing bass to the great symphonic keyboard playing to the ever-improving vocals, I have little to complain about with Gates of Winter, who remain one of my favourite local bands! Hopefully you guys were around during their local heyday, cause they brought their A-game at each show! Here's hoping that their new album is as great as the first demos suggest, and that they hit the stage again down the road!

And so ends our GarageBand Profile Mini-Series, and concurrently, so ends GarageBand.com as well. Today, the popular music site ended after over a decade of sharing independent music to the world, and though their focus shifts to iLike and MySpace, I'm sure lots of you guys will remember GarageBand.com fondly! I'll miss it, I loved the site, and there was loads of great music there from all over the world, and I'm glad that local bands made use of it often as well! Though this mini-series made the SMS unusually busy over the last couple of weeks, I'm glad to have done it, cause I wasn't gonna let these bands and their songs disappear like they were nothing! R.I.P. GarageBand, and if you wanna check out the local metal band profiles from there in the future, the SMS is the place to be!

That's all for now, stay tuned later tonight for weekend concert previews, including what's going down at the Rotaryfest Second Stage! Also, keep an eye out for reviews of the Frightlight benefit concert AND Garden of Bedlam's headlining performance at Rotaryfest, the newest SMS poll, and more!
Posted by The Sault Metal Scene at 12:00 AM