It's time for some more news and notes on this Monday evening, but be sure to check out this morning's post below this one for news on a new concert and my Merves/Frightlight concert review! Here though, we've got news on a video I've moved to another site, uploads of the remainder of an unreleased local EP, and leading things off, some LOCAL CONCERT ALERTS for this weekend, so here's what you need to know!

Six weeks after their first show at Feedback, the reborn Turner Up will apparently be rocking The Nicolet Tavern THIS FRIDAY & SATURDAY! An official online announcement from band sources hasn't been made yet, but Turner Up are advertised for this weekend on The Nic's marquee board, and guitarist Robert Brown alluded to playing with Turner Up this weekend on the event page for Sneaky Pete's concert on Saturday, so things are looking confirmed for them. This will be Turner Up's first show of 2012 and their first concert at The Nicolet Tavern since the new band formed last fall, though, most of the members' other band Havadder have been seen often in the interim, so click here for more on their next shows! I imagine these new concerts will have no cover charge, 19+ age limits, and 10:30 PM-ish start times. Stay tuned for updates and links pertaining to these new shows as they come in! Sounds good to me, and hopefully Turner Up kick off 2012 with a bang just like at their rebirth last year, so keep an eye out for more on these shows as they come in!

Also in new concerts this weekend is another solo acoustic concert from Caveman Morrison frontman Tym Morrison! Continuing his successful weekly arrangement at Bossy's Pub N' Grub, Tym will be back at the Pim Street restaurant & bar on Saturday afternoon for his third straight acoustic show there, and you know from experience and past gigs that he'll have hours of hard rock and metal covers in store for fans and revelers this time around! As usual, there'll likely be no cover charge on Saturday, I doubt there'll be an age limit, and he'll be on at 2:00 PM. For more details, visit the official Facebook event page! If you've missed Tym's recent solo gigs or Caveman Morrison concerts, definitely consider making out to his next one, especially as it'll be over before any of the night concerts! I believe this will finally be the day I see Tym's solo show again after way too long without, so hopefully I'll see you guys there, and stay tuned for more on this and all other concerts this weekend in our concert previews later in the week! 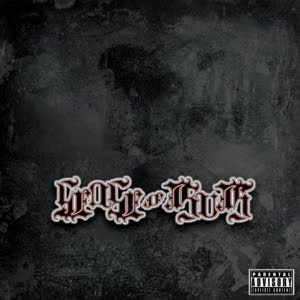 Next up today, do you remember when we capped off our Christmas season with surprise uploads of songs from Sense of Truth's unreleased debut EP? Well, I have copies of the rest of the prominent local hard rock quintet's studio material from this unreleased album, and I've posted them onto our YouTube channel! Singer Cory Murchison dropped off a burned copy of the album to me yesterday afternoon, and now I can tell you guys a bit more about what would have been in our hands had the EP came out before Sense of Truth disbanded last fall. The self-titled EP would actually have featured seven songs, not five as was rumoured, though only six would have been listed, including the previously posted "Crawling", "Vicious Cycle", and "Push & Pull", and three songs that haven't been available to publically stream in full until today, those being "Pieces of the Mirror", "Done It Again", and "Land Of Greed". As well, there would have been a seventh hidden track at the end of the EP, which was an instrumental hard rock number that I don't recall Sense of Truth playing live. Click the above links to hear each full song from the unreleased EP, and note that I deleted the old YouTube upload of the "Land of Greed" sample, now that we have the full copy. Thanks again to Cory for sending these my way!

It's great to have the full EP available now, and it jumpstarted some good memories, like "Done It Again", which I completely forgot about in the last year! The songs sound good overall, and the production by Miguel Gauthier at Stereo Soul Studios does these tracks justice, but it's still disappointing that this never got a formal release. Could this EP get a review at some point on here? Possibly, especially if I can tie it in with members' next public concerts, but time will tell! For now, check the above links to hear Sense of Truth's entire unreleased debut album, and here's "Pieces of the Mirror"!

And finally, here's a note on the whereabouts of one of our posted videos, and the possible destination others could take in the future. Recently, our classic video upload of Sault Michigan quartet Monkey's Uncle's cover of Jet's "Cold Hard Bitch" was muted due to copyright concerns. I don't believe copyright should be enforced on covers, but I'm not gonna test YouTube or skirt authority by trying to re-upload it, so I deleted it from YouTube and re-posted it on our MySpace page. I know this came from MySpace already, but I'm thinking about turning our MySpace page into a place for videos that either tripped copyright laws or could violate them there as an alternate spot. Besides, it's a good performance, so why punish you guys because it's a cover? Check out our "new" upload of this Monkey's Uncle video below, and when/if a new SMS-relevant video is posted on MySpace instead, I'll surely let you guys know!

That's all for today, but stay tuned for our next poll and last month's poll results on Wednesday, plus more news and notes as the week rolls on! Thanks everyone!
Posted by The Sault Metal Scene at 6:04 PM