With an unusually busy concert weekend for early November, here's our second weekend concert preview post, and if there's any extremely late notice hard rock shows to touch on, look for them tomorrow! Now, we have previews on both sides of the border, a SHORT NOTICE LOCAL CONCERT ALERT, and an apparent band breakup impacting shows this weekend, so here's what you should know, and check out our first of the weekend's concert previews in the post below this one!

Local party hard rock cover trio Stiffler's Mom will return to the stage for one night only THIS SATURDAY NIGHT at The Canadian Nightclub! Apologies for the short notice, the show was only announced on the venue's Facebook group on Wednesday. Filling in for singer/drummer Greg Simpson's country band Bone Yard after guitarist Alex D'Ettore broke his wrist, the bands are still returning to The Canadian this weekend after Maxx Entertainment took last weekend off to focus on the Tommy production. Hopefully Alex heals up fast, but Stiffler's Mom's fun sound and strong reputation should lead to a good turnout on Saturday! No word on why Stiffler's Mom aren't playing tomorrow night though, but for reference, Bone Yard were scheduled to play the Friday too before they dropped out. There is no announced cover charge on Saturday, you must be at least 19 to attend, and there's a 9:00 PM start time. Check the above links for more details, and here's Stiffler's Mom live last summer! 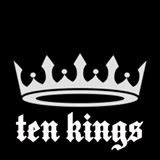 Moving to previously announced concerts, we were planning to look at this weekend's concerts from Sault Michigan hard rock quartet Ten Kings at The Northern Pines Lounge at the St. Ignace Kewadin Casino for tomorrow & Saturday night, but I have doubts that they're playing now. Why? Because their Facebook page was quietly deleted for unannounced reasons at some point in the past three weeks, and that has historically been a good indicator that a band has broken up (also, their Instagram page was made private.) I have not seen any official statements about Ten Kings' status on members' personal Facebook pages since their last shows in the Soo over the October 24th weekend, and I'll monitor things in case something comes out, but we won't treat these shows as on unless something is publically said otherwise. Sadly, without an active online page (I wish they'd have left it up), we'll have to delete Ten Kings from our band links as well.

If Ten Kings are indeed defunct, this is very surprising and sudden, especially given how fast they'd risen since launching in January, including their set opening for Theory of a Deadman this summer, and a strong lineup featuring many familiar faces, but you can still see bassist Barney Gravelle in Retro Troop in the meantime. It'd be nice to be wrong, but if they have dissolved, best of luck to Brandon, Joe, Barney, and Will in the future!

However, there is one hard rock show that is definitely going down this weekend in the E.U.P., albeit at an unusual venue, as Kinross classic/hard rock trio Banned are scheduled to play a rare concert in their hometown THIS SATURDAY NIGHT at The Kinross Township Hall! More specifically, they'll playing at the Orioles' Club inside the hall at 4916 West Curtis Avenue, and while I don't recall prior hard rock concerts at this venue, I'm sure Banned don't mind playing in their hometown for a change! Saturday's show follows an off weekend for the Traynors & Wayne, and will mark their first show within an hour of the Soo since their St. Ignace stops three weeks ago, so if you've missed Banned's diverse & often heavy covers, head to Kinross on Saturday! If you'd prefer a local bar show however, they'll be live at The Runway Bar in Hessel next weekend, so keep those dates in mind.

For what it's worth, a Fall Fest has been held at The Orioles Club at this time in past years with dancing, music, beer, and so forth, and you can click here for details on 2013's, but I can't definitively say if Banned are playing at a 2015 Fall Fest installment or not. If it is, expect a $5 cover and 21+ age limit, but in any event, they are playing at an early start time of 8:00 PM. For more details, visit the above links, and here's Banned live last year!

Finally for this weekend's known hard rock previews, we'll head back to Sault Ontario for the long awaited return of Barrie-based AC/DC tribute band Hells Bells, as they'll be headlining at The Rockstar Bar THIS SATURDAY NIGHT! Though we've never had a shortage of AC/DC tributes coming through the Soo in recent years (notably Who Made Who), this will be Hells Bells' first local stop since headlining at The Canadian Nightclub way back in May 2010, so if you liked and missed this band's dose of high voltage rock 'n roll in particular, the 5 year wait is over on Saturday night! I have seen them live, and they will definitely get AC/DC fans going, so keep this one in mind! Advance tickets for $12 are still available at The Algonquin Hotel's front desk, but The Rockstar Bar's Martin Fiser noted on the venue's Facebook group that tickets are 90% sold out, and there's no guarantees of availability at the door (but if you want to try, note that there has been no announced hike in the price at the door either.)

This concert is definitely a 19+ event, and a 10:30 PM start time is advertised. For more details, visit the official Facebook event page, and if you love AC/DC, get your tickets A.S.A.P. to check out Hells Bells' faithful tribute set on Saturday night! For a preview, here's Hells Bells live in Orillia!

That's all for today, but stay tuned for more news and updates in the coming days! Thanks everyone!
Posted by The Sault Metal Scene at 6:00 PM