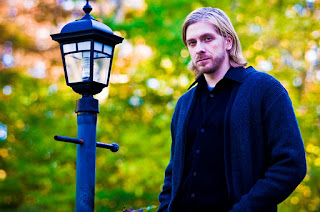 The Sault Metal Scene and the entire metal community were stunned beyond belief earlier this morning, when it was revealed that Woods of Ypres frontman David Gold passed away yesterday at the age of 31. Reportedly, David was the victim in a car accident outside of Barrie while on the way home to Sault Ste. Marie for the holidays, hours after texting his mother that he was coming home, but specifics of the crash have yet to be definitively outlined. News reports out of Barrie yesterday mentioned that a man was killed in a collision between a car and a tractor trailer on Highway 400 North in Innisfil yesterday afternoon, but it remains to be seen if this is indeed the same incident. Word about the accident originally spread online late last night, and since the tragic news was confirmed by family members, numerous fans, friends, and past and present bandmates have offered their condolences to David on his personal Facebook page, and throughout metal and local websites & social media outlets. SooToday, Blabbermouth, Local2, Brave Words & Bloody Knuckles, Earache Records, Metal Underground, and many other websites have confirmed the sad news as well, so click each link above to read their respective coverage of this story.

According to David's sister Marie on his Facebook page this morning, the family are planning to hold a memorial gathering to celebrate David's life next week, tentatively on Wednesday, though full details are still forthcoming. As updates come as to the accident, announcements relating to this tragedy, or anything else related to David or his bands' futures, I'll be certain to let you guys know, but today's not about speculating, it's about remembering. 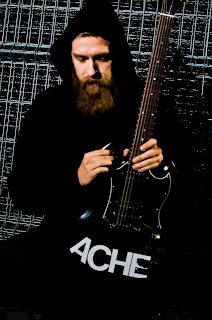 David was best known in the metal community as the frontman and original drummer in the blackened doom metal band Woods of Ypres, who formed in the Windsor area in 2002. Through numerous lineup changes and moves to Toronto and finally, Sault Ste. Marie, they developed a devoted cult following from their independent era through Krankenhaus Records to their signing with Earache Records last year. Woods of Ypres released four studio albums, one compilation CD, and two vinyl singles during David's lifetime, with what may be their last album "Woods V: Grey Skies & Electric Light" only a month away from release. From their black metal beginnings to their recent doom metal output, Woods of Ypres left a deep mark on the metal community, but David's work extended far beyond Sault Ste. Marie. After moving back to the area in 2008, David briefly became local progressive metal band Gates of Winter's new drummer, while his musical career saw him join bands everywhere from Cochenour (The Northern Ontario Black Metal Preservation Society) to Toronto (Will of the Ancients) to Fredericton (Thrawsunblat) to Philadelphia (L'anguisette) to even South Korea (Necramyth). Beyond music, David also touched the lives of his students, working as an English teacher in South Korea & Kuwait in recent years in between active periods for his bands. 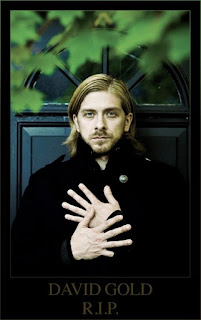 I didn't and won't pretend to have known David well, but when we talked, he was always friendly, cordial, and very appreciative of the SMS and what we did to promote his bands. Though we've only actively covered Woods of Ypres on the site since the band formally relocated to Sault Ste. Marie in 2008, I've been a fan of theirs since first hearing them in the mid-2000s, and whether Woods of Ypres were melting faces or making us think about life & death with their often challenging and introspective lyrics, they sure left an impression over the years. I'm aware that David wasn't universally loved by some he interacted with, and you could describe his relationship with the Sault as love/hate at times, but he always struck me as a devoted and very hard working musician who went to the limits when it came to making it in music, and it seemed that in the past year, he was finally going to leap that last barrier and bring Woods of Ypres to great new heights. Instead, we're here mourning the loss of an immensely talented musician and, from what I knew, a friendly guy, an effective teacher, and a talented person all around. It's sad that he won't live to see the release of "Woods V", which he called the greatest record that Woods of Ypres had ever done, but hopefully it's still released in some form in his honour. He loved his music and I'm sure he'd want it to still come out.

I think the biggest tragedy in all of this is the timing of his death, taking place just days before Christmas. To lose a son, a brother, or a best friend like this at this time of the year is a pain I wouldn't wish on anyone, and I send my deepest condolences to David's mother, siblings, and extended family. The holidays should be a time of joy and happiness, but I hope that those close to David remember the good times and memories the had with him and his music. In his song "The Will To Give", he ended the song by saying "There is no destination. There is only the journey." It seems fitting now, given his nomadic ways and his lasting impact, that we shouldn't look at it as David reaching his destination. I think he'd want us to focus on the journey to get there, and the journey his music takes us in the coming years. R.I.P. David, your memory will live on, and thanks for all your hard work over the past decade!

maybe its just the shock but i still have a hard time believing its real. deep inside im hoping its just a publicity stunt so i can be mad about it. been listening to woods 5 today with the leak and thinking this is strangely prophetic swan song of sorts. i went to school with dave and have been a quiet fan of his for years. im glad i was able to tell him how proud i was of him the last time the boys played the sault. rip.