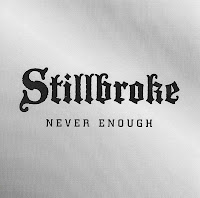 Channel Summary: A close friend of members of defunct local hard rock band Stillbroke (later Borderline Divine) during their heyday, Olivia's video postings are all uploads of studio tracks from their 2009 EP "Never Enough", though they were curiously not posted there until their ongoing concert hiatus in 2011. Featuring their classic lineup (frontman Jesse Frigault, guitarist Sam DeDominicis, bassist Kyle McKey, and drummer Jenny Hooper), the songs are "Forget", "Never Enough", and (as embedded below) "Tear Me To Pieces", which provide a nice sampling of Stillbroke's talent & abilities from the peak of their local run, and with solid production from Stereo Soul Studios, fans of modern hard rock should be right at home! Note however that the other songs from the EP ("No Reason" & "Wash It Away") are not on Olivia's channel, but they can be streamed here, and her channel hasn't been actively used in a year or more.

Channel Timeline: Launched on July 12th, 2006; Only video posted on October 17th of that year

Channel Summary: Effectively the official YouTube channel for the partially local improv/hard rock duo 2wo Man Baand, member Elliott Corston-Pine uploaded their only known public video there in October 2006, which was late into their collective run. The video and song (both entitled "Sky High") feature Elliott and guitarist Stephen Quackenbush jamming an improvised instrumental guitar track, which has a lot of promise that actually outshines their more comedic songs on their MySpace page, but the video suffers from washed out colours and a somewhat poor camera angle. In a sense, the 2wo Man Baand were ahead of their time in terms of their membership and style, so the video is worth looking at to gauge their talent! Also watch out for credits, and note that Elliott hasn't visibly used his channel since 2009.

Channel Summary: Talented local drummer Nick Kainula finally uploaded a video of his most recent public band Unbound to his YouTube channel last January, albeit not under optimal circumstances following the sudden death of frontman Justin Fratpietro on January 3rd of last year. Their only known footage with Justin, this originally came from a personal Facebook posting, as filmed by attendee Amy Roach at a jam session in November 2012, which fans may recognize as the same location as early State of Misery videos. Also featuring Nick's former State of Misery bandmates Ray Cowan & Kevin D'Orazio at the time, the video suffers from poor audio quality & a shaky camera angle (which is auto-corrected on YouTube), but it does show Unbound's hard rock base, with Justin's deeper melodic vocals flowing nicely, and it's definitely makes you wonder what could have been! Note however that videos from the band's later activity are not on Nick's channel, nor has he updated it recently.