The posts just keep on coming, and today, we'll go a bit lighter in some respects. Why, you ask? Just videos today, that's why! Two relate to a certain new band, one to a classic local band, and kicking things off, some newly uploaded video from a major local concert!

It's hard to believe that it's been three and a half days since Ronnie James Dio died, isn't it? It still doesn't seem right. Well, since the news was announced on Sunday, I've had a hunch that at some point, someone would upload a new video from Heaven and Hell's March 2007 show at the then-Steelback Centre onto YouTube or a similar site. And my hunch has proven correct! YouTube user exyurock (the same user who uploaded the video from Megadeth's set at that show on May 2nd) has uploaded a video from the show of Heaven and Hell playing the Black Sabbath classic "Lady Evil", which you can check out below! Decent quality, same camera and angle from the Megadeth video, but it turns out better audio-wise! Now I'm not inflating my opinions of the concert and song due to Dio's death, but man, he sounded good! For a then-64 year old, his voice was still incredible! I just wish the video was closer to the stage, it's hard to make out the band. Not the best Black Sabbath/Heaven and Hell song from the Dio era, but it's still great, and check this clip out! Hopefully more video from this show comes online soon, now's a perfect time! Oh, and once again, R.I.P. Dio! 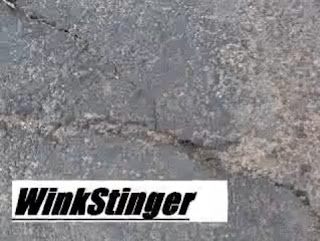 Next up, a double shot of WinkStinger-related videos to share with you all on this Wednesday evening! Keeping with their influx of YouTube demos, the band have uploaded a new track onto joeyvelcro's YouTube channel, entitled "Where'd We Go Wrong"! Well, in my opinion, they haven't went wrong at all, this song is pretty good! Nice and fast and heavy, these guys have tons of promise! Harsh face ripping vocals, good instrumentation, and I really like the guitar solo! These guys have music tailor-made to get some moshpits going, and I have no doubt they will! Click here to check out this song, and six others, or you can listen to "Where'd We Go Wrong" right here too!

The second WinkStinger-related video I have today may not feature the exact same group as in the same as the clips we've seen over the last while, but there is a definite link! Drummer Jonas Gasperas (also formerly of Soldiers of Misfortune) has his own YouTube channel, where he has two videos up from jam sessions with a band of some type. No indication if it's the same as WinkStinger or not, but for what it's worth, the videos were uploaded in January. One is called "chuddnugget", which is a 4:12 rough jam of a new song with no bass guitar. Doesn't sound too bad, fast and heavy, though it needs some polish. The other video is over 9 minutes long, encompassing two unnamed songs! Still no bass, but they sound good for what we get a taste of! One major problem I have is the videos are incredibly dark, I can't make out a ton. But from what I can see and hear, Jonas' drumming is at top form! WinkStinger or not, I like what I'm hearing! Click here to check out both videos, and for your convenience, here's "Songs 3 & 4" for you all to give a listen! 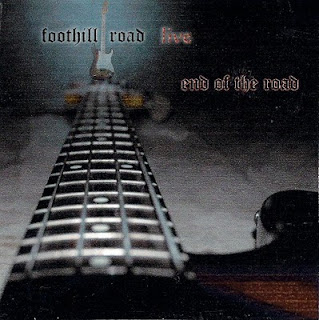 And finally for tonight, I have one more local album upload onto YouTube to share with you guys! And this is the third and final album from defunct local hard rockers Foothill Road! Entitled "Live: End Of The Road", it was released in 2005 to help bring some closure to the band's run. Produced by guitarist Mario Carlucci (huge thanks to him for sending me this and the rest of the band's back catalog), it includes live performances and some recording session outtakes from Foothill Road's 1990s heyday! This includes live versions of four tracks from their debut "Seventy", two jam clips, the unreleased song "Where's My Hat", and a cover of Rush's classic song "Working Man"! Good stuff, though again, I'll hold detailed criticism and compliments for an eventual review. Hopefully I can get to a "Seventy" review this year at some point, cause I'll 100% start with that first. And as was the case with their two prior albums, this is out of print, and I'm uploading this to The Sault Metal Scene's YouTube channel to share these songs with the world like they deserve! NO COPYRIGHT INFRINGEMENT IS INTENDED! With that in mind, check out track one from "Live: End Of The Road", which is a live rendition of "Centerpiece", but click here to check out the rest of Foothill Road's last CD!

There, I think we're caught up for videos, for the most part! Tomorrow could be one of three things: A new news post, my review of "Castle Stories", or my next profiles of out of town bands with local members! Which will it be? Stay tuned to find out, but all will be covered by Monday!
Posted by The Sault Metal Scene at 8:12 PM