FINALLY, I'm back from Manitoulin Island and I can get my review of Thursday's Roosevelt Hotel metal night up! My intention was for it to go up while I was there, but the video conversion programs I downloaded to get them on YouTube wouldn't work properly (or at all), so I regretfully had to postpone it until I got home. Peaceful trip, but the lack of a review was annoying, and I apologize for the delay! I will note that seeing one band twice in consecutive days, and only seeing half of another's set will probably lessen my complete thoughts, but that's not my intention, so bear with me. Now, to the review!

On a luckily much cooler night than on Wednesday, we settled into a nice extreme set from Winkstinger to kick off the night, and before I mention their actual set, huge kudos to Jonas Gasperas for cracking out the old school Soldiers of Misfortune drumkit! Always a welcome sight! The crowd certainly wasn't at peak activity level yet, but the fans up close got a very heavy blast of metal from Winkstinger, who sounded just as good as ever, despite a condensed set. Alan Wells' vocals were at their high aggressive best on songs like "Sadist", "Fuck The Rest", and "Where'd We Go Wrong", and the rest of the band were as good as I've ever seen them, possibly better! Jesse Cook's guitar skills are great, it shown throughout the set, and Ryan Sherman deserves some more love for his bass work, especially when he always seems to be hidden behind other members on stage. I don't see Winkstinger nearly enough, but their take on an aggressive beer-fueled extreme metal sound is always welcome on the local stage, and despite a shorter set, they were as entertaining as ever! See them next on August 1st at The Rosie as they back up Alcoholic White Trash!

Next up were melodic death metal quintet The Bear Hunters, just one night out from headlining a metal show at The Oddfellows Hall! Honestly, after seeing them on consecutive nights, I can safely say that they were just as good, so I can't add too much... but I'll try! Thankfully, Nik Deubel was turned up, so we could hear his growling much better than at The Oddfellows Hall the previous night. Hopefully they can make him louder like this at each show, it seems to come up a lot. Their set of originals like "Render This Void" and "Dominate" was brutal and headbangable, and all of their originals made their set, ensuring a great set of music! Dismembertainment owner Rich Moreland joined in again on their cover of Metallica's "Master of Puppets", and while he and Nik were as solid as ever, the rest of the band seemed to have the timing wrong on numerous occasions, which is odd when they've pulled it off flawlessly many other times. Other than that, The Bear Hunters kept their great form up from the previous night, and as long as we can mosh out to some great local death metal, we're happy!

nd headlining (as evidenced by the banner behind the opening bands) was Garden of Bedlam! Finally, the local metal quartet hit The Roosevelt Hotel for a metal night (or any concert in general.) I knew I couldn't stay for their whole set, given that we were leaving for Manitoulin Island in just a few hours (we were getting ready at 5 in the morning), I needed all the sleep I could fit in. That said, what I did see was Garden of Bedlam sounding and looking as good as they did the last few times I saw them! Their set was full of some of their heaviest offerings, including "Torment", "Your Disgrace", and "New Rain", along with select Metallica and Pantera covers (no Tool on the setlist though, curiously.) Of the half-set I saw, they were on fire, with Buzz's singing as wide-ranging and heavy as ever, and Josh Belleau's guitar work shredding our faces off, particularly on solos! I wish I could have stayed for their full set, but it was bad timing given my trip, but you know what? I wanted to be there for metal night, and seeing half of Garden of Bedlam's Rosie debut is better than not seeing them at all! Hopefully they'll be back on a local stage soon!

Great concert, hopefully I'll be able to see a full one next time, and be able to post it within a reasonable schedule! Got nothing planned until school goes back at the end of the month, should be able to get back on track. I did get a bunch of photos, so click here to check them out, or visit our official Facebook page (which also has a "Tag Yourself!" crowd shot.) And finally, here are my videos, so check out Winkstinger playing "Where'd We Go Wrong", The Bear Hunters' original "Casualties of War", and Garden of Bedlam playing their song "Torment"! 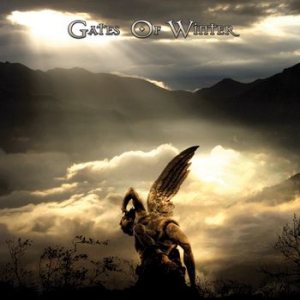 Finally, I just wanted to add a little extra note here about our upcoming feature posts. Firstly, our Saultites in Out Of Town Bands Profile on Neanderthrall is still coming tomorrow, just in case there was any question about it. That said, how about this month's CD review? Well, with no new local metal CDs out this month, we're dipping into the archives once again, and fittingly, we're finally going to review Gates of Winter's first full length album (and second release overall) "Lux Aeterna"! Two reasons why "Lux Aeterna" is finally getting a review this month: Keyboardist Brian Holmes played shows with Machines Dream this month, so it fits to tie it in, and on Thursday, we'll officially hit the two year anniversary of our monthly CD reviews! It only makes sense to finally review "Lux Aeterna", seeing as we reviewed Gates of Winter's self-titled debut EP two years ago on July 28th, 2009, so we'll come full circle on July 28th, 2011 with a review of "Lux Aeterna"! Stay tuned for that on Thursday, but first, we're profiling Neanderthrall tomorrow, so keep an eye out! Thanks everyone!
Posted by The Sault Metal Scene at 5:25 PM