Let's get some more news up on the SMS for you guys to check out, and it's a tale of band returns and new videos today, which includes a lot of classic sounds, unexpected news, and more, so read on below for all that you guys need to know! 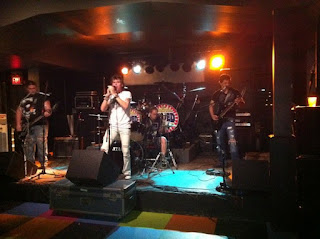 Sault Ontario glam/punk quartet Dirty Virgin are apparently reuniting once again! The talented but infrequently seen local band will reportedly play their first concert in 11 months on March 30th, as they've been added to the lineup for that night's Lust Boys-headlined concert at The Canadian Nightclub! My source is the show's Facebook event page, and while Dirty Virgin themselves have yet to officially confirm the news, note that their online pages aren't frequently updated. This will mark just their second concert in the past 27 months (following their opening slot for Motley Crue tribute band Crued at The Canadian last April), and it remains to be seen if this will be a one-off gig or the start of a new active run. If this is 100% true, it'll be good to see Dirty Virgin back out there! They had a good sound & style going for them, and could handle glam rock and harder edged punk stuff pretty well, so whether this is another one-time thing or not, they'll fit in well with classic sounding metal bands like The Lust Boys and fellow local openers Late & Loud come March 30th! If I hear more on Dirty Virgin, you'll absolutely hear it here!

Also of note on this show briefly, Late & Loud guitarist Jonathan Tiberi had mentioned to me that another band has been added to this concert, though official pages have yet to confirm that news. I'll wait until official confirmation comes out to mention it here, but stay tuned for more on that!

Next up, another local band has resurfaced, and it's the local hair metal project Dust N' Bones! No, not the Guns N' Roses tribute band from Toronto that just played Sault Ontario earlier this month, they just share a name & genre. This is another project from End of Existence and Theatre of Night bandmates Craig Harrison and Steve & Greg Giles (with Craig on vocals), but compared to the darker & heavier sounds of their more prominent groups, Dust N' Bones is a tribute to 1980s hair & classic metal that doesn't take itself too seriously. Dust N' Bones have been active for a few years in the area, and we covered them a bit more often in the SMS' infancy, but they're resuming frequent public updates for the band after a public posting absence due to old band member issues with the material (probably the best way to put it.) According to the band's online pages, they have enlisted notable local musicians like Ben Huyck (NoXcape), Chris Leask (Powerslug), and Bart Rennels (I.S.O.M.) in their past lineups, but recent postings haven't acknowledged them as still being band members. As part of their public resurgence, they've updated their Facebook & Reverbnation pages, and have even posted a new song named "Ain't No Goin' Back" to go along with 7 other older original songs and one old live video from a 2008 concert!

The new song is, like their other originals, a complete departure from I.S.O.M. or E.O.E. material, but it's got a solid old school sound that should definitely find a local audience! Craig's singing is nice and melodic and fits the material, but I'd like to see him add some more grit. Still, if you enjoy 1980s hair metal, you should get a kick out of the local band named Dust N' Bones, so check them out once again at the above links!

We'll close with new videos, including one from the defunct local hard rock trio Browbeat... well, that and a couple of newly posted songs from their frontman Dutch Vanderploeg, who's keeping busy on his new solo project's Facebook & Reverbnation pages! Among the new media on Reverbnation are two newly posted original songs, including his old solo original "Eyelids Fall" and a new track named "So They Think". I've critiqued "Eyelids Fall" before for it's solid hard rock sound & unique chorus with dream-like elements, but "So They Think" has a great aggressive vibe and a nice solo, and I can definitely see Browbeat playing it live if they were reunited! Check them out at the above links, and as for that video? It's a previously unseen clip of Browbeat playing their song "Skeletons" at what looks like a jam session with their last lineup (including Caveman Morrison's James White & Johnny Belanger on bass & drums) circa early 2011, as posted to Dutch's brand new YouTube channel yesterday. It's not the first video we've seen of Browbeat from this set, but it's good to see again! More melodic with a nice hard rock vibe and awesome bass work, and it's nice to hear "Skeletons" in clearer fashion outside of a concert! Check out this newest Browbeat video below, and stay tuned for much more from Dutch and his various projects as I hear of them! 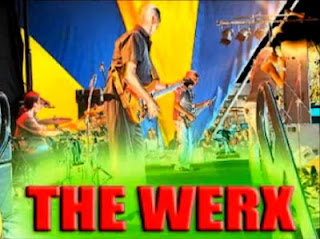 And finally, here's a new live concert video of a local band covering a hard rock song! Flat Stanley/Wishbone drummer (and local metal veteran) Glen Thomas uploaded this video of his old local rock band The Werx covering The Cult's "She Sells Sanctuary" at what looks like Korah Collegiate & Vocational School's 40th Reunion at The Essar Center in the fall of 2007! I'm assuming that it's that event by the band's similar attire and staging of Glen's other video from that show, where they covered U2's "I Will Follow". Also featuring Trish Halliday on vocals, Glen's old Huckster bandmate Sean Halliday on guitar, and former Driver bassist Scott Kennedy, this is a solid cover with nice soulful lyrics from Trish, though I've always found "She Sells Sanctuary" to be one of The Cult's more overplayed tracks. Glen also accentuated this video with some inset shots of their set, though they don't necessarily line up with the main center video. It's always good to see some bands of a non-metal persuasion cover something a little heavier, and The Werx pulled this one off well, so check out their Cult cover below!

That's all for now, but stay tuned for more news, this week's classic video, weekend concert previews, and hopefully my "W5" review as the week wears on! Thanks everyone!
Posted by The Sault Metal Scene at 8:22 PM