Two Band Reunions, An Update To Our Band Links, And Much More!!

Let's keep the news train rolling on this Monday evening, so what will you find here? A couple of videos, bands being moved out of and into our inactive band links, and leading off, big updates concerning the openers of a major concert next month, so here's what you should know!

Inactive local horror punk quintet Frightlight and local alt-punk trio A Dire Setback will provide support at the Michale Graves concert at The Canadian Nightclub on September 28th, as per updates on the Facebook event page last month! A surprise announcement to say the least, this will one of A Dire Setback's biggest trio-era platforms ever, but of course, this will be Frightlight's first show since the Halloween weekend last year, and just their second since 2014, though this is being advertised a one night only reunion once again, so they remain in our inactive band links. Of course, Frightlight were well known for their covers of and inspiration from Graves-era Misfits, so they are a beyond fitting choice to open! Notably, this will also see the return of rhythm guitarist Kevin "St. Mayhem" Powe after he missed their reunion set last year, and as a teaser, Frightlight posted this short video onto their Facebook page on July 31st of Kevin (sans makeup) covering "Rust Angel".

Of course, "Rust Angel" began life as a surf rock-inspired Fitswitch song before their successors adopted it in a heavier form factor, so fans of both bands will like this! The over-exposed lighting and tight camera angle don't add to the visual quality, but it's great to see Kevin playing this song again, and you can see him do so with his Frightlight brethren once more at The Canadian Nightclub next month, so give it a look below!

Next up, here's another notable band return for this fall, as inactive local Foo Fighters tribute band The Soo Fighters announced on their Facebook page last week that they have reunited with a new lineup! As such, they will return to the stage on November 1st, very likely at J.D. Pearce's previously announced Halloween Party that night, which they played at two years ago in their second and final concert to date. It does make sense that they would be the Foo Fighters tribute for this year, so if you liked them in 2017, here's your next chance! In a time where Parabol, Coral Fang, and Poison Girl can all exist as local tribute bands, why not one more? However, only singer/guitarist Jules Cote (with Dave Grohl wig in tow) will be back for their return, as he will now be joined by ex-2 Minute Warning guitarist Wes Greco, Jules' Chunks of Manh bandmate Max Ambeault on bass, and Elements/Winkstinger drummer Jonas Gasperas, all replacing Jeremey Salatuk and John & Jonny Amendola.

A reason for the lineup departures has not been announced, but remember that this lineup was from two years ago, and Jules & the Amendolas haven't played together with their primary pop rock cover band Cherry Crush since August of last year, so we would be considering them to be inactive for SMS purposes. The new lineup seems promising, but how will they sound at this year's Halloween party? Stay tuned for updates, and unless this proves to be a one-off, The Soo Fighters are back in our active band links! 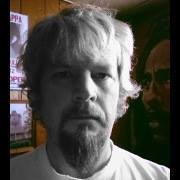 Also today, I wanted to acknowledge a solo musician being moved to our inactive band links, namely Mike Cliffe. A constant presence in our band links as long as we've had them, Mike is a skilled veteran guitarist whose progressive and often heavy originals are always worth listening to, but as you may know, his music was increasingly entwined with his work as the host and curator of the local music podcast Audiofumes. The 24 archive episodes showcase an eclectic collection of music from the Soo and far flung locations that would be more than at home on public or freeform radio, and collaborations between Mike and artists heard on Audiofumes were once very common. While I have never found a statement confirming it's status. no new episodes have been posted since April of last year, nothing has been posted on the Audiofumes or Sound Bacon pages reflecting Mike's music or new episodes since last summer, and the Audiofumes Facebook group is now largely used as a posting board for songs and some local concerts.

Mike's a very nice guy and an extremely creative musician, so whether or not the podcast ever resurfaces, I hope he dives back into his own music again when the time is right, and you can hear lots of his surviving music on his Reverbnation page. As one of the few Sault Ontario-originated rock radio/podcasting outlets, Audiofumes deserved more listeners, and with the diverse, unconventional array of music in each installment, there was always something to hear and nothing you expect! We'll let you know if Mike and/or Audiofumes return to activity in some form in the future!

We'll close today with a new teaser video for local Tool tribute band Parabol's headlining concert at Soo Blaster on October 12th, as shared to their Facebook page on Thursday! Featuring an assortment of new-ish images and band logos alongside some opening post-production effects, the video is set to a bunch of assorted audio clips of the guys playing live, and while it'd be nice to hear the full songs, you do get a sense of how faithful their sound is to the real thing! Give it a look below, and click here for more concert details!

That's all for today, but stay tuned for more news and updates on the site this week! Thanks everyone!
Posted by The Sault Metal Scene at 7:25 PM

With some great promo codes, superb payment methods and outstanding support, it is a site that should not be overlooked. For sure it is the right casino for especially if you are enthralled by the hits that come with a theme of the Monopoly game. If you are curious to know more about nodepositvegas monopoly games, Read me.