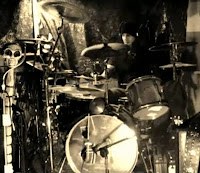 Channel Summary: Prolific veteran local musucian Phil Temperao maintained this channel in recent years to feature media of his recent local metal projects, including the band originally known as Meatplow and a later solo project named Sebastien 6. Sadly, all of his Meatplow videos have either been deleted or privatized, including some very solid industrial metal jamming and a cover of Judas Priest's "Grinder" that all shown off Phil's uniquely gritty vocals, but now it just features solo performances under the "Sebastien 6" banner from the spring of 2011, including a drum solo and two studio original songs. All were recorded or filmed at his home studio Greentown Digital Studios.

Why Should You Watch: I'd give Phil's YouTube channel a look to see his recent solo material, which is definitely much different from his Amethyst days, but still well performed, and I hope he revisits his music again in the future! That said, I honestly preferred the Meaplow videos, as they were more aggressive and had a unique electronic angle, and hopefully Phil makes them available again down the road! As well, note that I don't think Phil's used this channel in over a year, in case that changes your mind on subscribing.

drumzsolo.wmv: The earliest of Phil's surviving videos is also his only surviving live video, and it's a drum solo filmed circa March 2011 which appears to be a studio cut named titled "drum grooves/warmupz". Uploaded in a old movie-style sepia filter, it's just over a minute of Phil executing a very nice drum solo, if not blisteringly paced, and it shows his talent nicely! Note though that many of his deleted videos featured him on an electronic drum kit, rather than the more standard one in this video.

SEBASTIEN 6,,,RAIN: Phil's other surviving videos are studio recordings from his Sebastien 6 solo project, including songs named "Evil Drivin'" and (as embedded below) "Rain", which his his most viewed upload of the three. Compared to his Meatplow work, these songs (though heavy) are much softer and more varied in tone, with clean vocals and a bit more repetition in the song structures. I leaned more towards the Meatplow material, but Phil's musical range is at work here, and he can sing cleanly well (though the style used on "evil Drivin'" didn't gel to me.) Each features photo slideshows of Phil, musical instruments, and photos relating to the songs' lyrics, with plenty of effects, while "Rain" also features Phil's brother (and fellow Amethyst alum) Jose "Wales" Temperao on guest guitar, which he impresses on!

Owner: A member of Sault Michigan metal band Tantrym Tyme from during their brief tenure as Tantrum following their name change from Abstract (identity otherwise unclear)

Channel Summary: This is/was the official YouTube channel for Tantrum/Tantrym Tyme, but since they updated the page to reflect their current name, there's been no major updates. As such, the channel's only video is of Tantrum playing at a talent show at Sault Area Middle School circa the spring of 2012, seemingly filmed in the school gym from the bleachers, and it has them covering The Kinks' "You Really Got Me", Ozzy Osbourne's "I Don't Know", and Megadeth's "Sweating Bullets"! Featuring singer/guitarist Jacob Hotlen, bassist Mike East, and drummer Ethan Twardy (guitarist Quinton Jacobson hadn't joined yet), the guys' talents for their young ages are on full display (though Jacob's singing is very quiet compared to the heavy covers), and it bridges somewhat from the Abstract era to their slightly heavier current work! Having the sound guy behind the band seems odd though. Note that for more recent & updated Tantrym Tyme videos, check out Jacob's YouTube channel!