Here's another new post for your Tuesday morning, so what can we find out today? Alongside some shorter recent stories, we have another recent video find that hadn't previously been shared here, and leading off, some long overdue news on a local metal band's surprising resurgence of activity, so here's what you should know!

We'll start today with some intriguing news from Sault Michigan classical metal project Theatre of Night, who are teasing a Christmas tour run to take place at some point over the winter! When you consider that this band's only public concert (that I'm aware of) took place back on Memorial Day 2013, this revelation four & a half years later is even more surprising! Keyboardist Craig Harrison has been teasing the planned tour in Facebook page posts since last month, with specific updates slowly making their way online in the ensuing weeks, and while a potential local date isn't confirmed yet, one comment reply implied shows would take place in the Grand Rapids area. Craig & guitarist Steve Giles have enlisted five extra musicians to join them on tour, and they include singers Jordan Flesch & Stacie McCarthy, former Elipzis guitarist Chris Webster (great to see him working with a local band again!), and bassist Scott Andringa of the Holland blues rock band Shame on Susan. 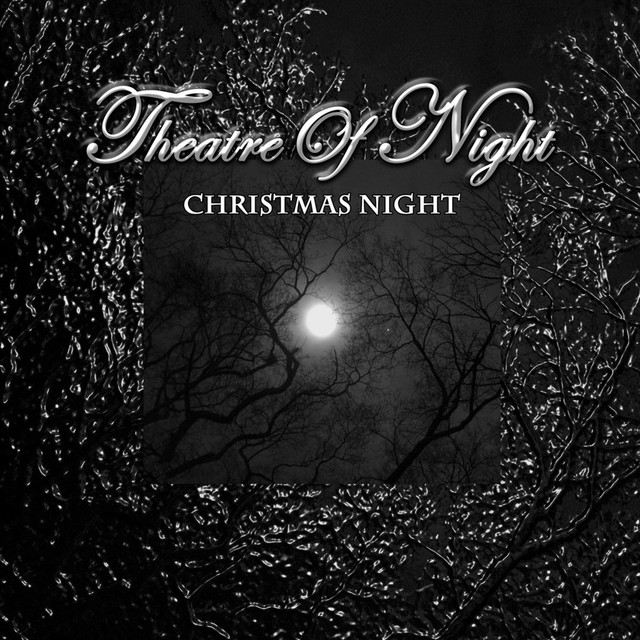 Finally, the lineup is rounded out by prolific Grand Rapids-area rock drummer Erik Sales (replacing the long-departed Greg Giles), who has performed with Stacie in some recent ventures there. How's that for a massive lineup? No word on if they're all official band members now or if they're just touring performers, or if Germany's Gaby Koss will still perform on studio material with Theatre of Night, but this all sounds very encouraging! There are precious few details on the tour proper at press time, but there are a decent amount of preview videos uploaded or shared to Theatre of Night's Facebook page of tour preparations, so here's what you should know on those! All comprised of Christmas carols in a symphonic metal style (remember their "Christmas Night" CD?), the videos include a preview of a studio version of "O Holy Night" with vocals, Craig playing "Silent Night" on the keyboard, and Jordan singing "Away In A Manger" in two videos (linked here & here). All are abbreviated previews, but you get a skilled sampling of what's to come!

The other two videos are of the full septet rehearsing in Holland, though "Away In A Manger" also serves as the preview carol in both. One video is a montage of Snapchat-style clips of rehearsals & preparation therein, but embedded below is a fuller video showing the band in action, though Craig and Chris don't play at this point, and Stacie is obscured from view. There is more to share from Theatre of Night unrelated to the tour, but for now, this is all very interesting to hear, and this will spice up the holiday season with some partially local T.S.O.-style action! Stay tuned for updates on the band & tour as they roll in, and give all of these videos a look above & below!

Next up, here's another new find from Obsession guitarist Gabe Tessaro's YouTube channel, this time from his old classic/hard rock quintet That's Chester's involvement in the local stage production of The Who's Tommy at The Machine Shop in Sault Ontario back in November 2015! Poignantly uploaded the day of bandmate Eugene Orlando's passing (three weeks after Tommy wrapped it's local run), this is of the early numbers "Captain Walker" & "It's A Boy", and while not heavy songs by any stretch, the guys handle things well on these softer numbers, and Gabe & Eugene have a nice moment where they take center stage to perform together! For reference, there's no sign of frontman Greg Simpson here, who's not visibly performing with the ensemble at this point in the production, but he did play Cousin Kevin and front other songs later on. The video has a nice camera angle from the balcony to show the whole stage, and it's worth a watch for The Who & That's Chester fans, so give it a look below!

Finally for today, here's three assorted shorter news items from the last while, and as usual, these stories are in alphabetical order by event, station, or venue name:


That's all for today, but stay tuned for more news and updates in the coming days! Thanks everyone!
Posted by The Sault Metal Scene at 8:41 AM