Well everyone, the LOCAL CONCERT ALERTS just don't stop coming!!! So, let's get right to it!

On June 12th and 13th, a battle of the bands will be held at The Corner Pub Bar and Grill in Sault Michigan. Now, I don't have huge details on this by any means, but it will feature local and

regional talent, celebrity judges, and admission will be free! You must be 21 or accompanied by someone who is 21 though, as it is an American bar. Both nights of the Battle will start at 7:00 PM!

Now, here's why I bring it up: Integrated System of Machines are playing at it! Yes, the local death metal stars will make their return to the local concert scene for the battle! Even without knowing other bands scheduled to compete, I can safely say that I.S.O.M. are more than capable of winning, so best of luck to them! If you wanna check out some of their original tracks, head on over to their official Myspace page! 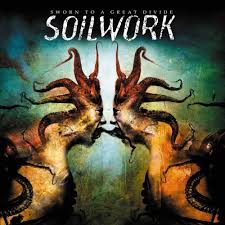 ....oh that's right, I have something else to mention about I.S.O.M.! On Sunday night, they will roll into Milwaukee, Wisconsin, where they will be backing up....SOILWORK, Darkane, and Warbringer at their show at The Rave! Speaking as a huge Soilwork fan, I gotta say, that's fucking cool! Best of luck to I.S.O.M. at this show!

And finally, to close up tonight's post, we may have our first confirmed

band for the March 20th YMCA Battle of the Bands at The Lock City Grand Theater! Now, if you're a member of the Facebook group for local punk/glam metal band Dirty Virgin, you may have recieved an e-mail from bassist Lionel Quinton! In it, he plugs the Battle of the Bands, and ends with "Just letting everyone know, Dirty Virgin will be playing".

Now, if this is true and confirmed, than I smell some good things for this battle! Hopefully we get lots of metal on this one, cause as you should know, the more metal, the better! As I hear more about the rest of the lineup, you'll see it here, and before that, on Facebook!

That's all for tonight, the next post (barring something incredibly shocking or huge) will feature this weekend's local concert previews, so keep an eye out! Thanks everyone!
Posted by The Sault Metal Scene at 11:22 PM