Lots Of Updates From Blood Shed Productions Bands And Concerts!!

Amidst recent big news and busy stretches, we've badly fallen behind on news from local independent goregrind label Blood Shed Productions, their metal acts, and related concerts, so let's correct that with a post 100% devoted to the Blood Shed! This includes new releases, concert updates, new material, a band's lineup changes, and more, so here's what you should know!

Now, here's the latest from bands and concerts in the Blood Shed Productions camp, so what's everyone up to over there? Well, flagship goregrind solo project Crucify The Whore successfully released their new split album with North Bay's Scrotox on May 25th, but due to potentially offensive content, we won't share the cover art or title here. C.T.W.'s Bandcamp page features their 6 songs for the split, now including an intro and a song named "Verbally Abused" among prior postings. For the curious, the Scrotox songs on the split all come from previously released demos on their own Bandcamp page, and while goregrind fans should be right at home, note that the average track length of Scrotox's 11 songs is just 21 seconds. Both halves of the split are available on their respective Bandcamp pages on a "name your price" model, and will likely be at future Blood Shed concerts.

On a similar token, C.T.W. mainman Tyler Gibson's two-man goregrind project Rotopsy have uploaded a few more songs from their new disc to their Bandcamp page as well, so that now has 9 of the 16 songs on physical copies (no word on why they're only gradually posting online copies there though.) Again, there's potentially controversial material in most titles, but "TxFxTx" appears to be a respelling of "T.F.T." (a.k.a. "The Funky Track") from Rotopsy concerts. Fans of Tyler's energetic yet minimal goregrind originals should get a kick out of these new songs and releases, so check everything out at the above links! Of course, Rotopsy's next show will take place this Sunday in Sudbury when they open for Loyalist and Windy City Slaughter (details here), but how about the next Blood Shed concerts in the Soo?

Their next two local dates appear to be private house parties, with their previously hinted show on June 20th at a private residence, while the previously announced Menstrual Munchies-headlined concert on June 25th will also now be a private event. The original Facebook event page was deleted on Tuesday, and a new private one was created by promoters, who confirmed that the show will likely be a house party concert after being moved out of The Oddfellows Hall. As a result of "venue complications", planned openers The Bear Hunters and Project 421 are no longer on the bill, which is disappointing, but the logistics are what they are (and we'll probably now have a longer wait now for the reveal of Project 421's new drummer.) Though the event is invite only at the moment, let the promoters know A.S.A.P. if you can help promoters in securing a new venue! 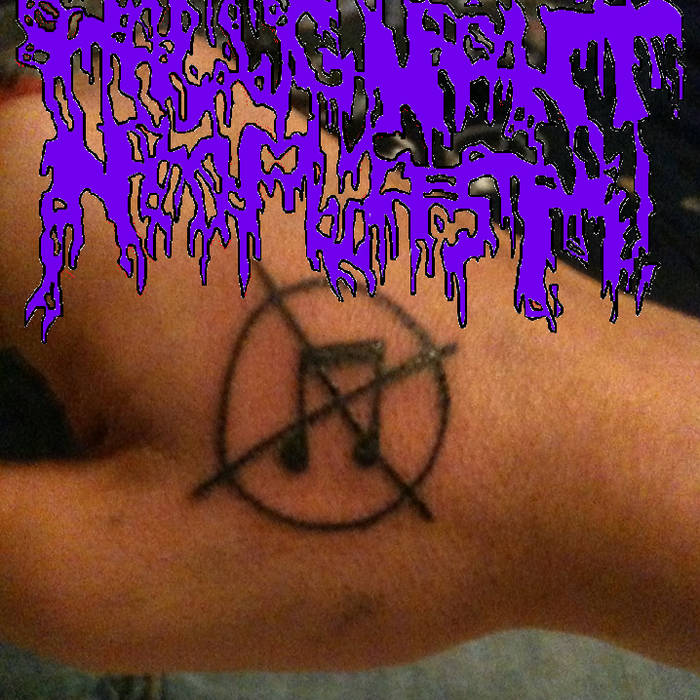 With what happened with Dank Fest II, the Caym show, and now the Menstrual Munchies concert, something's definitely up regarding Blood Shed and Heavy North Entertainment's usage of The Oddfellows Hall as a venue, but hopefully things work out so they can host shows there again, as it's a popular venue that has served the guys well! Also in the realm of Blood Shed Productions, Tyler's cybergrind solo project Malignant Neoplasm also quietly released a new digital EP onto their Bandcamp page on May 13th, with the title of "A Malignant Neoplastic Disease Of The Intestines", and featuring 13 songs like "The DNA Repair Man", "Abnormal Proliferation Of Tissues", and "Dragged All Over The Bush", with some songs not titled after the usual medical condition theme. Like usual for this project, the songs are mostly very short, with the 13 songs only running for a total time of about 5 minutes. Genre fans should enjoy everything though, so do so above!

Finally for this all-Blood Shed post, here's the latest from local death/grind trio Them, as they parted ways with bassist Rainey Vincent on May 21st. Though they said in their original Facebook page post that he was "good and committed", and they'd recommend him to any other project, they noted in that post that they were looking for a "heavier sound and energy". The band originally announced that Josh Amendola (who played with frontman Tyler St. Amour in Pillory) would be their new bassist, but just six days later, Them announced that Josh was out due to him being away for the summer, though no word on what that means for his recent group Faceityoureametalband's status. Today, Them announced that Brutally Fatal frontman Austin McCrae (who played with Rainey in The Revolution) is their new bassist, which the band has called "the best fit yet", and the guys now plan to record a debut EP and will debut the new lineup at this month's private Blood Shed events.

Austin's a talented musician, and this should be a good fit for him and Them! Stay tuned for much more from the Blood Shed Productions and Heavy North Entertainment camps in the coming weeks, and make sure to check out their upcoming private events if possible! That's all for today, but stay tuned for weekend concert previews tomorrow! Thanks everyone!
Posted by The Sault Metal Scene at 1:45 PM