Happy June, everyone! After taking Sunday off from most site activity due to my birthday, we're back in full force for the first of two posts today, and yes, our review of Saturday night's Jack Spades/Destroilet concert is coming later on today! Videos and photos from the show are already up on our Facebook page though. Today, we have assorted shorter updates, a new video, and a surprise new album release, but first, here's a special Monday night concert preview for TONIGHT!

The latest Six Two Oh (the former Oh! Right Arm Promotions) concert goes down TONIGHT, as local punk and alternative rock bands will open for Edmonton garage/blues rock quartet The Archaics at The New American Pub! Essentially a reprise of last July's Archaics-headlined show from the same promoters, fans of the headliners' entertaining hybrid originals and noticeable skill will be happy to see them back, even if they're not a "heavy" sounding band! An expanded local opening lineup from last year will see The Archaics joined by local alternative hard rock trio The Pixo Control and post-punk quartet Gnaeus both making their New American debuts tonight, while local all-female hard rock quartet The Danger Cats making what will be their last regular concert appearance tonight due to their impending breakup. Though fans can still see them at The Rankin Arena on June 13th during the Border Brawl roller derby event, consider coming out to see the girls one last regular time TONIGHT before it's too late!

This 19+ concert has a $5 cover charge, and everything will start at 10:00 PM. For more details, visit the official Facebook event page! This should be a fun concert, especially to check out the talented opening roster (you know how good The Pixo Control and Gnaeus are) and to send out The Danger Cats in style, while The Archaics' blues rock sound will be a great capper to the evening! See above for more info, and here's The Pixo Control live last year! 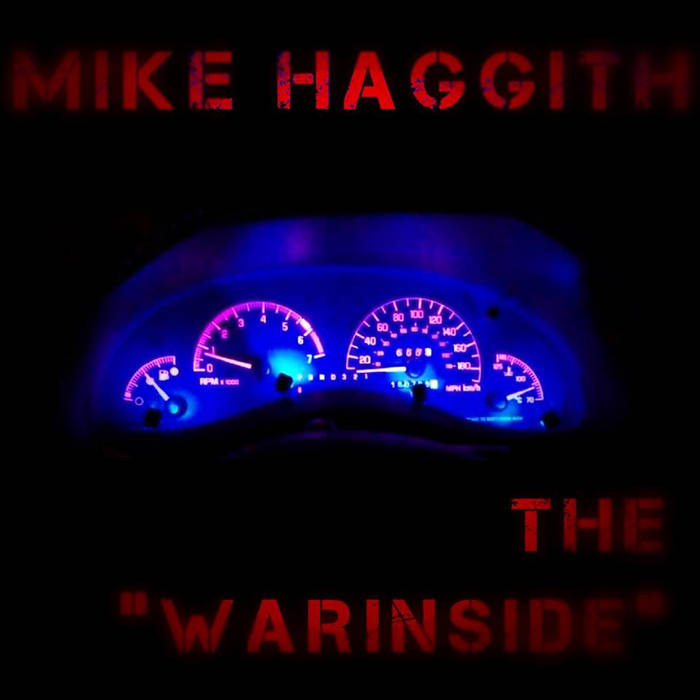 Next up, we have a new album release to take note of, as Haggith drummer Mike Haggith's 49th official solo CD "The Warinside" is officially now on sale via his Bandcamp page! Though the physical release will still take place on July 3rd at his release concert at The Rednecks Saloon, the digital download copy is now available on Bandcamp on a "name your price" model as of yesterday, which is a nice surprise bonus for the preceding month! Now that it's on sale, what should you know about it? Still alternately spelled as "The Warrenside" to reference the ongoing inside joke in the liner notes, the album details personal events in Mike's life from last year, and each song was written entirely by Mike save for "30", which was co-wrote by bandmate Curtis McKenzie, who also guest performs as a guitarist or backing vocalist on all but 4 songs. The album was mostly recorded at Galactic Records in Windsor save for "30", Curtis' parts and all vocals, which were done locally at PaperClip Productions.

The 10 song album will apparently cost $5 in physical formats, but on Bandcamp, you can pay any amount for it (including nothing, but support Mike and buy the album!) With the early release, we'll now tentatively confirm that "The Warinside" will be our next review subject at The Sault Metal Scene, so watch for that in the coming weeks, and pick up Mike Haggith's new solo album at the above links!

Also today, here's a comical new video from local/St. Catharine's grimecore trio Shit Liver, as posted to their YouTube channel on Friday! Entitled "How To Go On Tour", the video is a light-hearted (and fast-paced) look at what appears to be frontman Josh Penno, if I have the arm tattoos identified correctly, packing up gear & possessions for their tour. Amusing little video, but I was a little surprised that it didn't lead to a teaser of future concerts given the tour theme. Check it out below, and stay tuned for more!

Finally for today, here's three assorted shorter news items from the last while, and as usual, these are in alphabetical order by artist name:


That's all for today, but stay tuned for our review of Saturday night's Jack Spades/Destroilet concert later today! Thanks everyone!
Posted by The Sault Metal Scene at 12:26 AM