Saultites In Out Of Town Bands Profile: Brynhildr 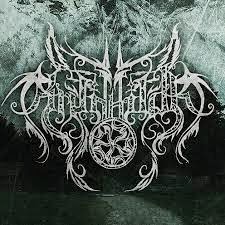 Local Info: Behind his Old Norse-language stage name, the mastermind behind Brynhildr is Sault College alum Ryan DeWinter, who may be better known for his earlier black metal project Winter of Silence! I don't know a ton on Ryan's local ties beyond his local college stint (not even if he's still living/attending school here), but he is originally from Southern Ontario, where he played in bands like Cimmarian and Coprophilism in the 2000s. If you can help fill in any other blanks, let me know!

Band Bio: Succeeding his now defunct black metal band Winter of Silence upon their launch in March 2012, Brynhildr were a similar black metal outfit that Ryan/Geiravor currently runs and releases material through. Like Winter of Silence, Brynhildr are signed to Razed Soul Productions, but unlike the previous band, Brynhildr takes on a persona and continuous concept based around Nordic legends and tales. Initial plans last year were for Brynhildr to release a series of 5 concept albums called "Through The Silks Of Time", starting with the CD "Act 1: For Tragedy Hath Befallen Us", but since initial hype for a release in mid-2012, nothing has visibly been put out (at least partially due to artwork issues), and all officially posted YouTube samples have been pulled for unknown reasons. As of February 2013, Ryan didn't even know the first album's current status, and the project quietly dissolved by 2014, with their online pages also deleted. Despite the removed audio tracks, YouTube user Pedro Joel did upload their song "Ljosalfar" ("light elves" in English) to his channel, so how does it sound?

It shows Ryan's multi-instrumental skills pretty well, and while I wouldn't say it's as "depressive" as Winter of Silence often were, there is a slower dirge quality to the song that black metal loyalists should enjoy, along with some faster sections! That said, there is repetition, and the Nordic themes aren't as visible as their Facebook page would indicate, but it could all be lyrically-exclusive. Fans of Winter of Silence or darker black metal should enjoy Brynhildr's surviving song, but I can't reliably compare Ryan's two recent bands without hearing more Brynhildr material. For now, check out "Ljosalfar" below, and hopefully Ryan's still active in music!

Hi Rob, it's Ryan. Thanks for investing your time and interest into writing about my music. Greatly appreciated. I hope all is well with you!