A Shade of Light


Members: (This lineup information may be incomplete. Let me know at robertfigures@outlook.com if you have any additions or corrections!) 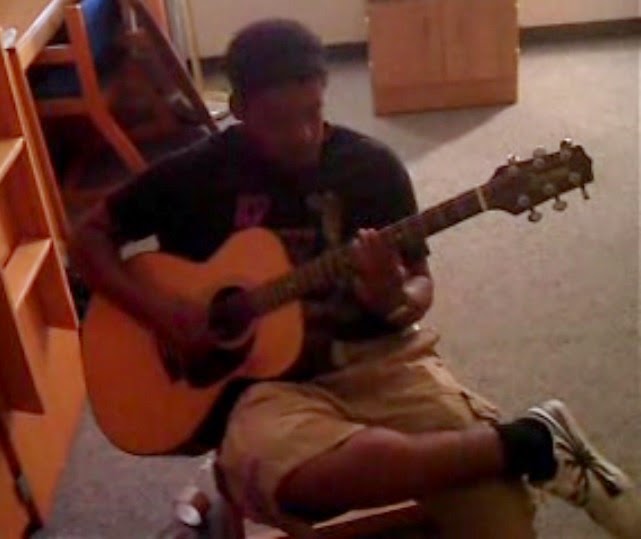 Info/Analysis: Launched in June 2006, A Shade of Light was a hard rock project based out of Sault Michigan that was led by musician Juan Sarduy. Their MySpace page described their sound as sounding like "the gentle crack of rain that strikes the ground", cited influences from the likes of Iron Maiden and Coheed & Cambria, and described the project in a cryptic biography that alluded to escaping reality & entering a dream. An unplayable video on MySpace shows Juan playing live with an uncredited drummer, but no extra band members were confirmed before their page's last update in April 2008, and Juan would later move to Pennsylvania. A Shade of Light's 3 surviving demos show some unique promise, with their only song exceeding a minute in length ("What Do You Need") showcasing a progressive and melodic flourish that sounded like a good starting point for bigger things, though the songs are unrefined and lacking other instruments. It's hard to say how far this project could have went, but give this acoustic video of Juan a look below, and see one more acoustic video at this location!

Members: (Members not in their last full lineup in italics. This lineup information may be incomplete. Let me know at robertfigures@outlook.com if you have any additions or corrections!)

Audio/Video: No known media from Route 69's run is known to exist at present online (at least, not in a publically viewable form), but Route 69's MySpace page had indicated that they were influenced by everyone from Alice In Chains, Pantera, and King's X to Blue Rodeo, Ted Nugent, and The Beatles. For reference sake, Route 69 likely share the most similarities with frontman Ed Vowels' more substantial local band work (including his and Jeremey Salatuk's current cover band Lucky 13), while the progressive elements can widely be seen in many of Glen Thomas' recent bands.

Info/Analysis: Self described by bassist Glen Thomas as "a wild card band" due to the members' diverse musical backgrounds, Route 69 began in 2005 as a side project cover band that played a number of gigs at Docks Riverfront Grill in the mid-2000s, though surviving information from the peak of their run is minimal at present. After falling inactive in 2007 with members moving on to more active projects, Glen & guitarist Jeremey Salatuk resurrected Route 69 in 2011 (notably with a female singer) with the goal of playing live again and recording original songs, though nothing substantial occurred publically in their second incarnation, and the band split up for good in mid-2012. While no public videos or songs survive from Route 69's run, their lineup was full of talented local veterans, and the combination of Ed's gritty hard rock base and Glen's progressive rock influences must have worked out well! Hopefully some media pops up of them down the road, and follow the members' more recent live bands!
-----------------------------------------------------------------------------------
I hope you guys liked this month's Defunct Local Band Profiles! Next month in this series, we'll begin a new 1-1-1-1-1 cycle when selecting bands on each side of the border, meaning we'll stay in Sault Ontario, but for just the second time since last August, I'm projecting a single band profile due to what I'm forecasting to be enough info to supplant a single post in this series. The band in question (randomly selected as always) is Despised Eyes, a late 2000s metal band featuring future members of Skull After Betrayl, so look out for that on or around July 10th, and stay tuned for more news and notes later this week! Thanks everyone!
Posted by The Sault Metal Scene at 12:34 AM

Thanks for the article on Route 69 Rob. The regrouped Route 69 consisted of female singer Amanda Vespini, Jeremey Salatuk on guitar, Josh Donofrio on bass and in this lineup I returned to drums. The material we learned but never played live were stuff by Nugent, Foghat, Bon Jovi, Alanis Morrisette, No Doubt to name a few. The band sounded really good but the singer Amanda got a job out of town and the band was done. I still hope to regroup Route 69 some day but present projects take most of my time. Thanks Rob. Glen "the Freq" Thomas ;-)