It's now time for our 99th monthly CD review at The Sault Metal Scene, as we're taking a look at "Trading Faces", the new split album from local doom metal trio AlgomA & local/St. Catharine's grindcore trio Shit Liver! Released through AlgomA's old label Deadbeat Media on each band's respective Bandcamp page on September 5th, the album's physical release is only on cassette tapes rather than CDs or vinyl, and has been available on Shit Liver's release tour since it started on September 22nd (they are available locally through AlgomA members, and can also be bought online through AlgomA's Bandcamp page, and at the local tour finale at The New American Pub THIS MONDAY NIGHT.) This is the second studio release & first split album for Shit Liver, and the fourth total release & third split for AlgomA, while it is the first cassette tape for both. Digitally, "Trading Faces" is available on a "name your price" model, but tapes cost $8, not counting potential shipping fees if you buy them through Bandcamp.

AlgomA recorded and self-produced their half at Six, Two, Oh. this spring, while Shit Liver recorded theirs in St. Catharine's at "The Shithouse" in February with producer "Raz". Both bands' classic lineups are intact here, including singer/bassist Kevin Campbell, singer/guitarist Boyd Rendell, and drummer Jamie Vincent for AlgomA, while Shit Liver are represented by singer/guitarist Josh Penno, bassist Mike "Ralph" Kyle, and drummer Matt Baic. And yes, "Trading Faces" is an all-covers album, so keep that in mind before wondering why any new originals didn't make the cut.

With ten tracks running for 28 minutes (16 for Shit Liver, 12 for AlgomA), let's begin our split review with AlgomA's three songs from side A, in a nice alliterative coincidence! Their first cover is of "Why Should I Care?" by Toronto hardcore punk quartet Dead Mouth, which starts with a sample from the horror movie Food of the Gods II. This cover is suitably heavy & attitude-laden in comparison, varying mainly from Kevin singing alongside Boyd (in his only vocal appearance on the split.) This is a departure of sorts from most AlgomA originals because it's so fast paced & brief in length, but they acclimate well, and while they don't tinker much with the original, it's a crushing way to open the tape! Second is "Great Dane", originally by Winnipeg noise rock trio Kittens, which you may have heard AlgomA play live in the past. Opening with samples of a dog barking, this again plays closer to the original song, though it seems slightly muted in it's ferocity.

The song moves along well, and Kevin's bass work is clear yet heavy all at once, but this one could have stood to be louder and more aggressive, especially with the bizarre lyrics, and I'd have wanted Kevin's vocals to be harsher or more amplified compared to what made the final cut. Not a bad rendition at all, but I think this song works better in a live setting where it's not as controlled. AlgomA's side ends with their cover of the other band on "Trading Faces", as they tackled Shit Liver's song "Fabricated Nonsense" from their 2014 self-titled debut CD! Unlike on the preceding covers, AlgomA completely reworked the 79 second original into an album-high 6:24 rendition, so you could be forgiven for thinking this was AlgomA's own song. If you're craving a deliberately slow & sludgy experience after the preceding faster covers, this will satiate them, and I appreciate how they made the song their own! However, the lengthy feedback at song's end wasn't my cup of tea, and fans of the speedier punk-influenced songs on the rest of the split may not take to this one the same.

Side B belongs to Shit Liver, whose seven included covers begin with "Homeoapathy" (no hyphen here) by New York crust punk band Leftover Crack. Despite being half a minute shorter than the original, the guys cram the whole song into a faster package that introduces death metal growling and some more piercing screams, to solid effect! Sure, the spoken introduction isn't common for the originals, but the rest feels like classic Shit Liver, with blistering drums from Matt and nice trade-off singing, so loyal fans will be right at home! Second is their version of "Hitch-Hiker" (now with a hyphen) by Chicago extreme metal band Macabre, and much like on the prior cover, they sufficiently speed up and shorten the song, and also add a sampled intro from a Trailer Park Boys episode. This time, the song bears even less similarities to the original, but it's a nice dose of organized chaos, which Josh's guitar riffs meshing well with Mike's bass! The ending synced up vocals from the three guys aren't mixed very cleanly, but it's another solid cover!

Next is their version of "Blame It On God" by Florida death metal veterans Deicide, which opens with an audio sample from a telephone conversation between Deicide frontman Glen Benton and an Christian radio host, fittingly enough! This cover holds the most structural and tempo similarities yet to the original song, with the triple vocal attack being the biggest difference, but they do infuse some crust punk themes into the percussion. Aggressive and brutal, fans of Deicide will be happy with how this one turned out! Fourth is the split's shortest track, a 78 second rendition of "Lines On A Map" (the "Thinning The Herd" version) by South Carolina crust punk band Antischism, which again is a great match for Shit Liver's existing sound, and the mid-song vocal change of the original works extra well here! Crashing drums and blistering guitar work compliment everything well, and honestly, the song feels just right at it's short length, not feeling unfinished at all. Overall, this is one of the better songs on this side!

The fifth song on Shit Liver's half is a cover of "Socialized Death Sentence" by Oakland sludge/crust band Dystopia, even carrying over that song's sampled intro from The Hudsucker Proxy (will I have to dock them for repeating?!) While musically hewing close to the original, the vocals again take on a harsher and more varied bent, even sounding a little clearer at times. Another brutal performance, I will say that the vocals do overpower the guitars a bit, but it's a fine rendition that flows with the preceding songs! The tape seemingly closes with a cover of their splitmates AlgomA, trading in kind with a rendition of "Fell Down A Well" from AlgomA's own 2014 debut CD "Reclaimed By The Forest". Shit Liver originally covered this in 2015 for a YouTube posting, and the 2017 version is basically a remaster of their first cover, even preserving the spoken intro that I can't place. Blistering while preserving the original's structure, it's a solid tribute that feels like doom metal on fast forward, and it's a nice way to come full circle on the tape!

After 30 seconds of silence, we get one surprise bonus cover, namely Shit Liver's amusing cover of The 4 Non Blondes' "What's Up", complete with intentionally bad clean vocals and abrupt shift into grindcore onslaught mode, as fans have often seen live. Only take the brutal part seriously, and you should get a laugh out of this unexpected cover (that is, if you're not familiar with it from their concerts already!)

So, what are my final thoughts on AlgomA & Shit Liver's covers tape? I'd say that it's a successful experiment that showcases both bands paying tribute to some of their favourite acts (and each other) with ferocity! Compared to AlgomA's prior two splits, this feels like the best value thanks to 3 new recordings and a cheaper release format, and from slow & doomy on "Fabricated Nonsense" to the preceding hardcore punk-influenced covers, you get a nice cross section of their sound, and it's nice to hear them play things at a quicker and faster pace outside of their comfort zone! Shit Liver's side gives fans a quality look at their underground crust & sludge influences, with the songs converted to their existing style fairly seamlessly, with their usage of three singers often giving these songs some welcome variety from the originals! Some covers on both sides could have been tightened up a little bit, and it would have been nice to hear Boyd sing on more than one of AlgomA's entries, but for a covers album, what more can you ask for? 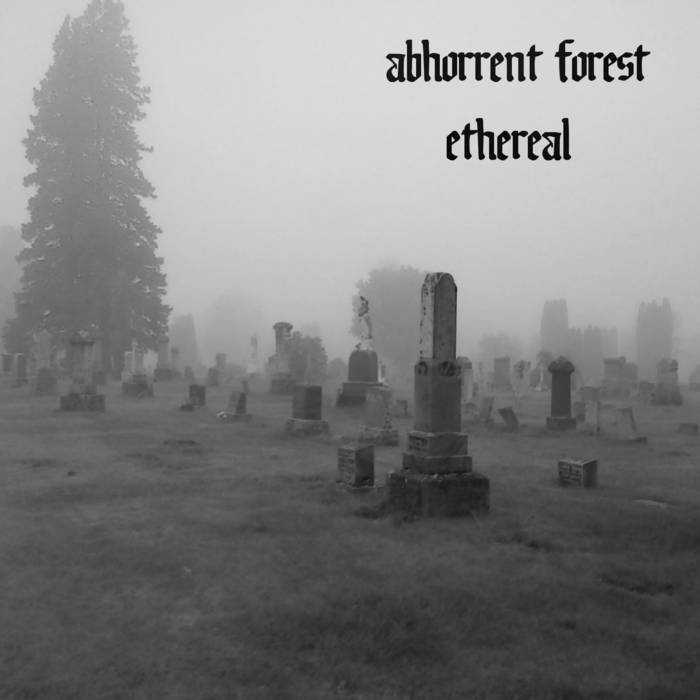 As for the cassette tape release, I have not heard the album in this format yet (I will buy my copy on Monday at The New A), but the digital release gives the best quality audio, if not the most authentic for fans of physical media! I admittedly don't think the green tape colour is a great fit for "Trading Faces", but that's a minor nitpick. Fans of both bands, and/or underground hardcore punk and death metal should definitely consider buying this split digitially or on tape, so do so at the above links! That's all for today, but stay tuned tomorrow for our preview of AlgomA & Shit Liver's show on Monday to end the "Trading Faces" release tour, but what's being reviewed next month as our 100th monthly album review? At the moment, the leading favourite is black metal solo project Abhorrent Forest's new album "Ethereal", especially as The Din's second & final album (scheduled for release in two weeks) can't be reviewed until at least December, due to our 6 month anti-bias buffer period between reviews of the same band.

That said, if another new local metal, hard rock, or punk album comes out, our projections could change, but "Ethereal" is currently my working plan for October. Look for our next review by Halloween, and stay tuned for our next post on the site tomorrow to kick off the new month! Thanks everyone!
Posted by The Sault Metal Scene at 3:41 PM

great review, rob! it was supposed to be on bright brown tapes but they didn't have any so we went with green instead. what colour would you have rathered?

keep up the good work