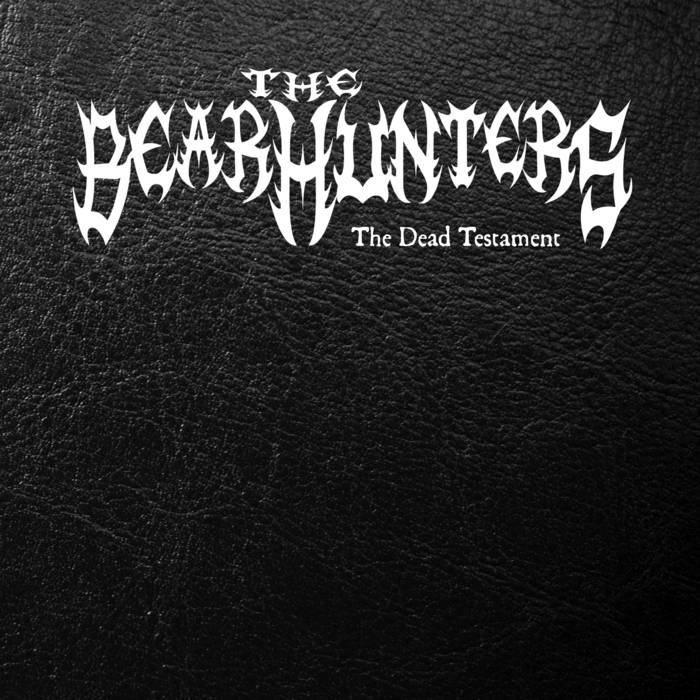 It's now time for our 138th monthly CD review at The Sault Metal Scene, and final one of 2020, as we're taking a look at local death metal band The Bear Hunters' second studio album "The Dead Testament"! Surprisingly released on their Bandcamp page on November 21st, recording sessions took place between October 2015 and 2018 at Mission Control Studios with producer Dustin Jones, while the album was mixed by Kyle Whittaker at Strange Pumpkin Studio in St. Catharine's, who also mixed albums from such Mission Control-recorded acts as Northwest and The Rising Tide, among others. The Bear Hunters lineup is credited as vocalist Nik Deubel, guitarist Mitch Sirie, bassist Justin Lam, and drummer Johnny Belanger. While early indications had relocated rhythm guitarist Josh Stephney recording tracks for the album, he is not listed on their Bandcamp lineup (note that he has not played live with The Bear Hunters in over four years.)

The album proper and a planned CD release party were both delayed due to personal life concerns and the ongoing pandemic, hence the quiet digital-only release, with customers able to buy it on Bandcamp via a "name your price" model (you can also download & stream it free, but consider paying something to support their work!) The Bear Hunters do hope to sell CDs and give it a proper launch concert when they are able. With 12 songs running for about 54 minutes in length, let's begin this long-awaited album review!

"The Dead Testament" opens with "The Void" (a sequel to "Render This Void", which closed their 2014 debut "Eternal Hibernation"), and there is some odd feedback before the song proper kicks into full gear. I am glad to say that the production quality is much better than on their first CD! Nik's brutal yet well enunciated death growling is front and center on the verses, which are about a torturous fate in the title void that will never end. The guitar riffs are crisp yet have a grandiose feel to them, Justin's bass work fits in fine, and Johnny's drumming adds some strong pounding rhythms. I'd have liked more of a guitar solo, and to a point, I think the song is dictated by the vocals too much, but it's a strong opener! Second is "The Omen", which is inspired by the 1976 horror movie and/or it's 2006 remake. A much faster paced and thrashier song, you wouldn't expect these lyrics on such a fast number!

The guitar melodies on the choruses are so catchy, and Mitch's guitar solo shines brightly when it arrives, while Nik's controlled growling tells the story well, including on his rapid fire recitations after the solo. My big problem with "The Omen" is it's all too abrupt ending, and given the song's relatively short runtime, it came way out of left field. Until then though, this is absolutely a crushing album highlight! Next is "For Glory", which is essentially a rally song for a viking horde (violent warriors, at any rate.) Opening with a brief yet strong guitar solo, this steadily driving song has an Amon Amarth-ish quality, but here, you can clean vocals from Mitch alternating with Nik on the choruses. It's definitely not "Squirrel Buddy", but it's nice to hear Mitch chime in like this, and he has an underrated range! Johnny's drumming is particularly effective for this march, and while the ending is again too sudden, the composition and pacing suit the story very well here!

Track #4 is "I Fear No God", which was this album's premature first single in December 2018, complete with it's own music video. Lyrically about blind faith in religion, even when the world is falling apart, this song has a lengthy introduction before the first verse that I honestly would have trimmed, but the song proper delivers the death metal goods. This is a relatively slower and darker song, but that suits the lyrics, and it still has a brisk pace, with solid growling, great bass work by Justin, and another quality guitar solo. Enjoyable song with evocative lyrics overall! Following is "Servitude", which is about following what others say and demand, and not thinking for yourself. This definitely feels like a song that could have been cut from "Eternal Hibernation", with it's guitar-driven sound and specific distortion, but of course, it sounds better here by default.

Nothing is shockingly unique compared to earlier songs, but it's a good vehicle for Nik's rapid-fire vocals, Mitch and Justin pair well on this song, the guitar solo really lets loose, and the ending actually makes sense for the composition. Not a bad song at all, it's relentless and fits for fans of The Bear Hunters from the start! Next up is "Transcend Judgement", which feels like a companion piece to the prior two songs based on it's lyrics about not blindly following what others demand of you. Very black metal-inspired number at first, with more of an atmospheric sound on the verses, contrasting sharply with Johnny's relentless drum tap-led choruses (admittedly, this can get repetitive.) Mitch's guitar solo has a very 1970s prog vibe to it, if that makes any sense. The closing stretch is more death metal inspired, with some nice guitar flourish, adding up to a very piecemeal song, but still very brutal!

Seventh on the album is "Neckbreaker", which is another seemingly viking-inspired song like "For Glory", this time about the title character's violent pursuits in battle. This is a return to the fast driving style of early tracks, with relentless and purposeful vocals, very solid drumming, a nicely suited bass line, and evocative & very metal lyrics. Another abrupt ending, but this song comes together well otherwise, and everyone delivers in their own way throughout! Afterwards, we get "The Dying Den", which seems to be about struggling to overcome depression or strife, or else be doomed to live in the title location. The distorted intro (which recurs after the guitar solo) wasn't my favourite, but the song proper will please fans with it's aggressive pace and clear lyrics! Very wordy song, admittedly. Everything's paced well, the instrumentation is strong, and it's definitely a strong rhythm showcase!

There are more instantly memorable songs, but The Bear Hunters aren't losing steam yet! Ninth is "Wrath of Angmar", which is inspired by The Lord of The Rings, a series I have never gotten into, but Tolkien fans will appreciate the intricate lyrics! The pounding riff pairs well with Nik's typically aggressive vocals, especially on the choruses, and the ominous bridge before the guitar solos is well handled, if brief. Another abrupt ending, but this song is brutal as you'd expect, even if the lyrical inspiration flies right past me! On the future physical releases, the last non-bonus song is the title track "The Dead Testament", also the album's longest track. Lyrically about a last violent siege against religion. Justin leads off with an isolated, slow bass line before the full band unleashes the fury. Strongly composed, and like with "For Glory", Mitch brings back his clean vocals in compliment with Nik's growling during a few extended choruses.

The first one honestly runs too long, and next two are placed somewhat awkwardly over blast beats, but everything comes together in this regard at the end. I like the progressive and less predictable structure, and the guitar work is the star here, but shorter songs seemed to get the heavy point across better. The album closes with two bonus tracks (unlabeled as such on Bandcamp), starting with the shortest song on offer, "The Forest of Forests", which is a straight-up parody of black metal, with lyrics about how Norwegian forests are dark and cold. It's well handled, especially during the amusing spoken word section, and while this is a parody, The Bear Hunters probably could go full black metal if they chose! Nik's shrieking fits the genre, and it's well written, but again, it's very short. The final track is a re-recording of "Deception" from "Eternal Hibernation". You can hear the original version at this link, and read our review of the original song at this link.

I won't re-review the song proper here, but the re-recording is the same song but slightly longer, and it blows the original version out of the water, largely thanks to much richer, fuller, and less tinny instrumentation, and the guys made the right call to get this thing recorded and mixed where they did! Nik's growling is comparable on both versions though, the vocals came through the best on the first CD. It'd be great to see The Bear Hunters re-record the entire "Eternal Hibernation" album in similar conditions, but who knows where that falls on the priority ladder.

So, what are my final thoughts on "The Dead Testament"? Overall, this is an improvement in every way on "Eternal Hibernation", and it's great to see this finally on sale six years after their debut! The Bear Hunters' chemistry and musicianship is on full display throughout, with Nik's brutal and clear growling a constant presence, Mitch delivering strong riffs and solos, Justin laying down excellent bass throughout, and Johnny providing solid percussion and blast beats where necessary! While not a massive leap upward in compositional quality from their debut, the production and mixing make these songs shine (in a brutal, heavy way), so kudos to Dustin and Kyle for their hard work in giving us the best version of these songs! I like the variance into black and progressive metal on some songs, Mitch's clean vocals added some zest, and the lyrics were all well written for their genre, especially on highlights like "The Omen", "For Glory", and "Servitude", among others. 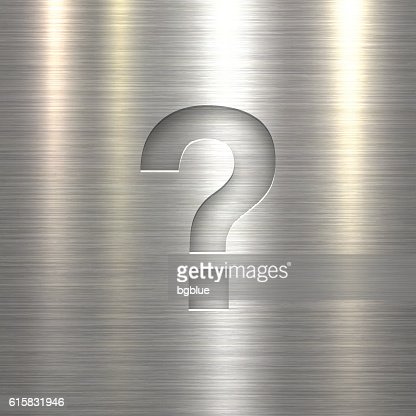 In terms of criticisms... a few songs seemed to be exceedingly wordy, abrupt endings happened too much, and given how well he complimented Nik, I'd have liked to have heard more of Mitch's clean vocals, but those are all minor. If you love death metal (especially of the local persuasion), you owe it to yourself to buy "The Dead Testament" at the above links, and hopefully they'll have a proper CD release party in the new year, pandemic willing! I hope you guys liked this month's CD review, but what will lead off 2021 in this regard? I have no idea, but our newest "Where Are The New Albums?" post below may give some hints. If no major new albums come out, we'll dip into the archives, but the next review subject will not be any project we've reviewed since August due to our 6 month anti bias buffer. Stay tuned, and hopefully we'll have a new news post on the site soon! Thanks everyone!