Happy December, everyone! Let's kick off the final month of 2011 in style with a local metal video showcase, as we've got lots of videos to share today, including two cool full concert videos I recently came across, some now-on-YouTube videos from Half A Man, and a brand new track from a highly anticipated new album! Firstly though, I do want to apologize for missing a concert, as apparently, Sault Michigan hard rockers Powerslug played a concert at Golanka's Bar (The Bird) the day before Thanksgiving, along with at least two out of town gigs in Manistique. The band doesn't update pages anymore, and The Bird's pages never confirmed who was playing that Wednesday, so I couldn't reliably cover it (or the Manistique shows.) I'm sorry, I'll make it up! Now though, let's get this all video post going! 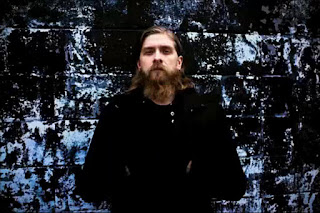 A brand new Woods of Ypres song from the upcoming "Woods V: Grey Skies & Electric Light" is now online! The second full track to be posted from the album, it's entitled "Kiss My Ashes (Goodbye)", and it was uploaded onto their label Earache Records' YouTube channel on Tuesday. How is it? I won't give my full thoughts yet, but it's a slower doom ballad of sorts with some orchestral touches, and it contains perhaps the lowest clean vocals that David Gold has ever sung on a Woods of Ypres track. Stay tuned to the SMS and band pages for sure over the next two months for more details on "W5", which is scheduled for release through Earache on January 30th (with our review pencilled in for early March!) Also in band news, Woods of Ypres have apparently found a new drummer to replace the departed Evan Madden (as alluded to on their Facebook page), but his identity has not been revealed yet. The hunt's still on for a bassist, so check the above link for details, and when I hear more on any new members, I'll be sure to let you guys know! With that all said, check out the brand new Woods of Ypres song "Kiss My Ashes (Goodbye)" below!

Next up, did you miss the Shit Liver/Winkstinger concert at Feedback on Saturday night? Well, this might make up for it, as Shit Liver's entire set was filmed by YouTube user and local filmmaker Boyd Rendell! He posted this on Sunday right after the concert, and it includes all 15 songs that Shit Liver played in their 40 minute set. Inin order (and hopefully correctly labelled), their setlist included their cover of OBCD's "You Speak of Weak & We Don't Care", followed by their originals "Shit Liver", "You're Scared", and "Fabricated Nonsense", their new tracks "Shit Will Prevail" & "Helen Keller", their older originals "Survival of the Shittest", "Shift Liver", "Friendly Old (Uncle Joe)", "Contribute or Perish", "Hateroleum", their anti-breakdown song (didn't catch the title), "Drowning In Shit", and "Sewer Livin'", capped off by an encore cover of Macabre's "The Unabomber"! Nice quality video at a good angle to capture the band (though not much of the crowd), and kudos to Boyd for filming their set! I wonder if he got any footage of Winkstinger? Check out Shit Liver's full set from this past Saturday night below!

Boyd has other videos on his YouTube channel too, including some of his old band work from groups like Nullfied Youth & BeeFMoutH, and last week, he posted three songs from BeeFMoutH's second concert onto his YouTube channel as well! This took place at the old Koolie's & Cues (now Breakaway Bar & Grill, I think) in the winter of 1999, and though the video quality isn't great (mainly due to washed out colour), it's a nice look back at late 1990s hardcore punk! The video featueres BeeFMoutH playing the songs "I Guess I'm...", "Three(Five)", and "Ewe-Buh-Buh-Bah-Buh-Buh" with some nice intensity & unique vocals, and this was part of a full 50 minute-plus video that Boyd uploaded this portion from. Solid stuff, so take a trip back 12 years to see BeeFMoutH live below!

Finally for today, we've already touched on these videos on here before, but they're brand new to YouTube, so I thought I'd make sure they got some real attention on the site. Brimley hard rockers Half A Man posted some new videos on their Facebook page last month, but they were deleted and later posted onto their YouTube channel on Friday. I won't go into a lot of detail again (I talked about these videos already on the 23rd), but they're solid instrumental samples of new songs, so definitely give them a look! Here's the longer of the new clips, but click here for their other new rehearsal video!

That's all for now, but stay tuned for weekend concert previews and this month's "Where Are The New Albums?" post over the next little while! Thanks everyone!
Posted by The Sault Metal Scene at 12:00 AM

half a man is pretty shithouse. riffs and lyrics are so simple and repetitive. like this song about the guy who died.. why will you miss him? why should we care as a listener? why not tell a story!? there's no depth at all. a guy died and now we miss you. that sums it up, does it not? certainly no reason for this song to be 6 minutes long. if you want my attention for 6 minutes then stop being a lazy writer. you'd think if you were moved to write a song about someone who has passed on, you would also be moved to put your feelings on paper. these lyrics come off as simple thoughts of a mouthbreather who got D's in english class and who thinks the coolest thing in life is to get drunk.
also rob i love your blog but you're too kind.