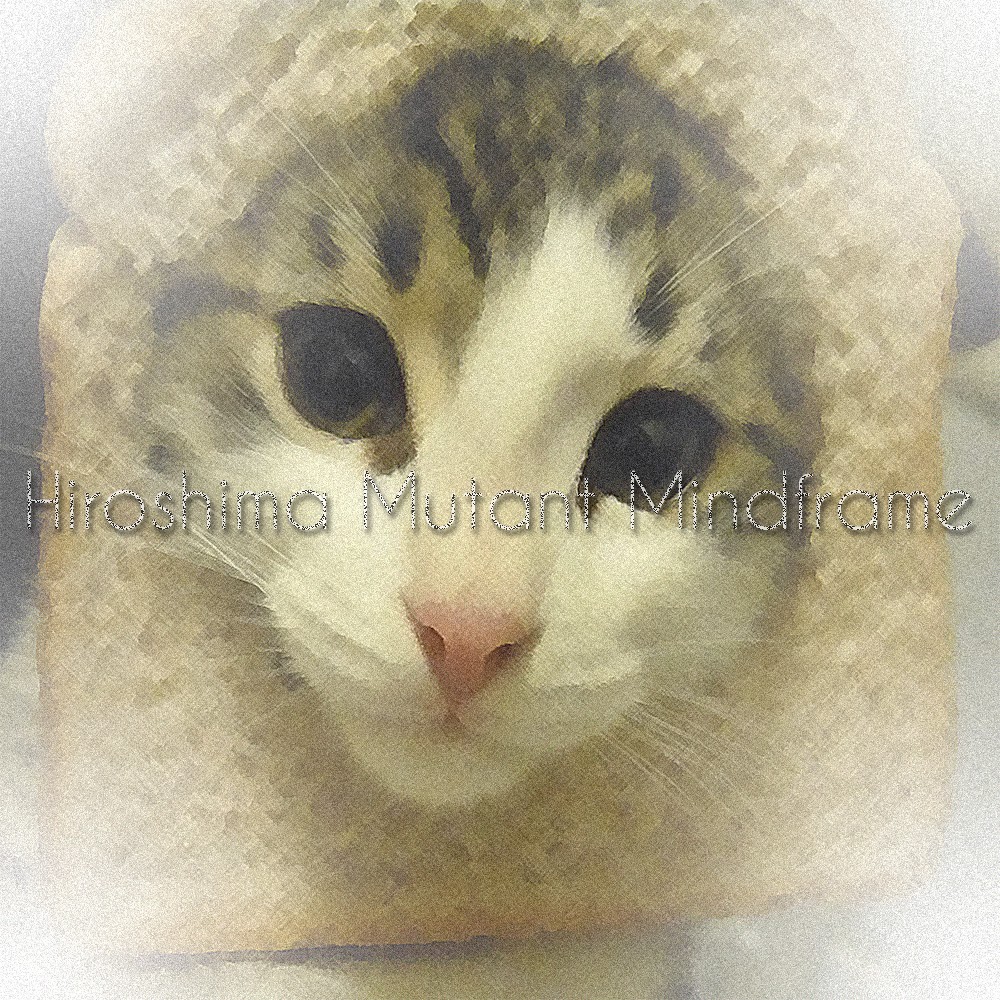 It's now time for our 56th monthly CD review at The Sault Metal Scene (and second of the year), and this month, we'll be taking a look at the self-titled debut EP from local/London instrumental metal solo project The Hiroshima Mutant Mindframe! Suddenly released in December, this album is a collection of some of their best and recent original material from between 2011 & 2013. Self-recorded and produced, the Hiroshima Mutant Mindframe is represented by guitarist Matthew Parr (who also supplies drum programming), while Ree Zheng is credited as providing guest vocals on the first track. A short EP with just 7 songs at 20 minutes in length, this EP is only available digitally via their BandCamp page on a "name your price" model (similarly to Insipid Brutality & The Strange Coyotes' albums), so while you can download it free, buy the whole thing to support Matt's work! Also, each song title below is linked to it's direct BandCamp link. Now, let's begin this month's CD review with a look at the first song!

Named "Chugga Chugga Woo Woo", this is the H.M.M. EP's shortest song at just 33 seconds in length. The title is screamed by guest Ree Zheng on two occasions, but the rest is a short djent metal original that has a nice technical crunch to it that reminds me of bands like Meshuggah, but it's too short to stand on it's own as more than just a preview of later songs on the EP. "All Roams Lead To Roads" follows it as a longer and more substantial start to this album, maintaining a slower but still heavy pace with it's djent/technical metal sound. More melodic with the guitar work, Matt's skills are on nice display here, and the drum programming adds well to everything! If anything, this song is also shorter than it could be too, and it ends somewhat abruptly, but it's got more of what you'd expect musically, and his guitar skills are very hard to question! 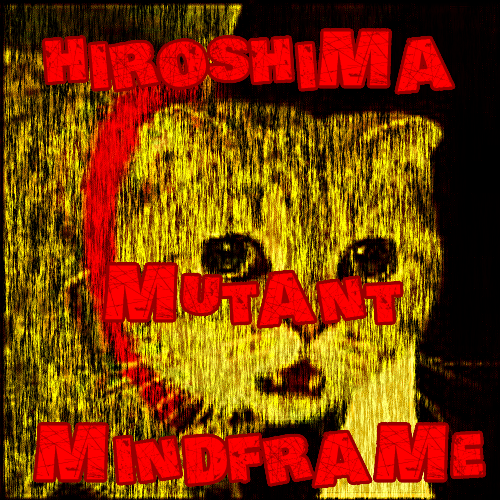 Third is another brief track, the 0:49 second version of "Backpack", which has a lower groove that gives this song a darker and more driving feel, but just when it seems to be gaining traction, it fades away out of nowhere. I would have been curious to see where "Backpack" went had it been longer, but as it sits, it's also too short to stand alone despite how well it was doing. Fourth is "Whatever", which makes the most of it's added length with some extra dramatic flourish and quality djent riffing, but for almost the whole time, the song felt like it was bridging to vocal verses that weren't there, and at times, the song was slightly repetitive. Maybe throw in more of a guitar solo? Matt's guitar skills are still on solid display, the drum track fits, and the ending made sense compared to the song's structure, so it's definitely a highlight mid-way through this EP!

Song #5 is "Summit", which has a more upbeat heaviness while still employing the chugging djent riffs, and I really like the faster riffing and groove in the middle! This song doesn't rock the boat from what we experienced earlier, but the progressive metal attack flows well, and as there's similar satisfaction from the prior tracks, it's hard to say too much bad about it! If anything, the ending comes from out of nowhere again, but "Summit" is definitely one of this EP's better tracks! That's followed by an untitled track (co-written by ex-Crimson Crusade guitarist Brock Pinder) which is also the longest on the EP, and it opens with a melodic waving guitar riff that helps separate it from earlier tracks, before unleashing into a hard charging riff with more of a general melodic sound with djent riffs more muted. I like the variance here to separate it from it's surrounding songs, and the added melody is welcome (including the closest yet to an actual guitar solo), but it's unclear how much Brock's input gave to the differences. Myself, I think I prefer the longer djent tracks, but I welcome the change!

The H.M.M. EP closes with the second version of "Decadent & Depraved", which starts with a soft building intro that's led by the programmed drums (which sound good, but are the only time on the EP that they sound fake.) In fact, the whole song takes on this low and more reserved tone, and it strikes me as a song that would be a drummer showcase if there was one, as the guitar work and melodies are too laid back and muted to have a large impact. Overall, it's a well composed song, but it doesn't end the EP with a bang, and it's somewhat anticlimactic. So, what are my final thoughts on the Hiroshima Mutant Mindframe's EP? I think it's a very promising first foray into album releases from this very talented local guitarist, and if Matt Parr can build on what he did here, he'll be a guitarist to watch no matter where he's based out of! Djent isn't a style we've gotten a lot of in the Soo, and he handles the chugging progression of it very well on his originals, putting time signatures to solid use, and his drum programming was solid!

However, the H.M.M. EP did have repetitive stretches, too many songs with abrupt endings, and the two sub-1:00 songs felt like unfinished tracks left in for the final product. Also, guitar solos would have been nice to contrast everything, and I am curious to hear how this material would sound with a full singer and/or bassist. It should be noted that earlier this month, Matt moved back to his hometown of London, and that's a loss of a diamond in the rough for the Soo, as he has real gifts as a guitarist, and I hope he can get into a band and take his skills and The Hiroshima Mutant Mindframe to the next level! As it stands though, this EP is a successful toe in the water for his album release output, so pick it up at the above links, and hear more newer material at this link! As for our next CD review, we might actually have to review an archive CD next month for the first time since last April due to a dry slate of major new hard rock/metal albums (unless I get a copy of Telephone & Address' EP in the next few weeks), but a few heavier bands with album sessions in the works are playing live next month.

If I don't have a brand new metal/hard rock album available for review by the end of next month, I'm leaning towards a long overdue review of Woods of Ypres' "Allure of the Earth" vinyl single from 2009, but I'll note that regardless of if a new album from them comes out in March, we won't review a new album from either Mike Haggith or SweetKenny, as it's too soon from our last CD review of theirs, but both are likely for the spring, and Woods will be out if another performer with an archive metal album that we haven't reviewed plays locally next month. Regardless, stay tuned for our next CD review next month, and for concert previews TOMORROW! Thanks everyone!
Posted by The Sault Metal Scene at 6:00 PM