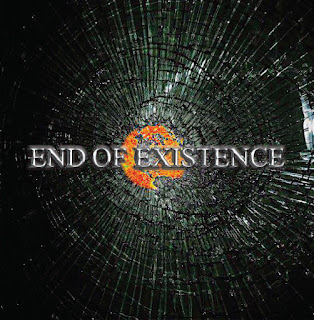 Channel Summary: End of Existence maintained their official YouTube channel for most of their run together, uploading 16 videos there, mostly comprising of their original material set to effective slideshows of dark imagery and the band members, with credits & links at the end of each. The videos include copies of most of the songs from their 2012 self-titled CD (except "The Elements", "Inside You", and "12.21.12"), along with two copies of their "Sun is Gone" music video with different colours, five promotional trailer/preview videos for their album, and one cover song.

Why Should You Watch: Mainly because this is the best source for videos of End of Existence, who were one of the most talented new metal bands out of Sault Michigan in the early 2010s, and it's a shame they never played a live concert! Their videos are all well put together and definitely fit the band's material, so be sure to watch them, not just listen to them. Fans of their predecessor local band Integrated System of Machines may also want to check out the E.O.E. channel, but keep in mind that the band has not used this channel actively since their early 2013 breakup, though 3/5ths of their lineup remain active in the local classical/metal project Theatre of Night, who feature similar videos at their YouTube channel.

SUN IS GONE: Considered End of Existence's only full "music video", this March 2011 clip for their song "Sun is Gone" shares visual similarities with their more prolific slideshow videos, but it features more live video of the band's then-trio lineup performing this brutal song, which is one of the highlights of their album! I would argue that the heavy filters don't lend themselves perfectly to video of this kind, and the spoken word section is a bit over the top (despite Bob Helsten's very presidential setup in the video), but the Giles brothers show off their skills well, and it's an interesting clip to get more of an angle of End of Existence as a band! Note that this video was later re-posted in January 2013 as their last channel upload, albeit in black & white for one reason or another.

Crying Tomorrow - END OF EXISTENCE: Uploaded in November 2010, this early YouTube copy of the E.O.E. original "Crying Tomorrow" is the channel's most popular upload, with over 2,600 views at present. It follows the general template visually of most of their other videos, using heavy orange/red filters, panning & zooming pictures & video footage, and imagery of nature, the Earth, and the environment, which is very effective, and lends well to the still shots! Featuring backing vocals from Bob's former Elipzis bandmate Rachel Kiger, this is a nice slower song, but it is often heavier than required given the tone and lyrics.

Ghost Riders - END OF EXISTENCE: The last new song uploaded to End of Existence's YouTube channel is (curiously) a cover of the country music standard "(Ghost) Riders in the Sky: A Cowboy Legend". Uploaded in October 2011, the video teases that this song would be included on their self-titled CD to be released that fall, but I don't believe it made the final cut of the album, which didn't come out until February 2012. A far cry from Johnny Cash's version, End of Existence definitely metallized this song and made it their own, including slowing down the tempo, but country fans may want to be careful just in case. Note as well that this song features later additions Bryan Kindel on bass and Craig Harrison on keyboard, and watch for assorted credits, information, and lyrics scrolling along the bottom of the screen!