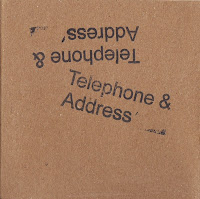 It's now time for our 123rd monthly CD review at The Sault Metal Scene, and with no new metal, hard rock, or punk albums out to my knowledge this month, we're dipping into the archives for the fourth time in six months, specifically by looking at revived local post punk/grunge solo project Telephone & Address' first official album "The Rotten EP"! This album was chosen to tie in with Telephone & Address' advertised return set at the third annual Oh!No festival in Leeburn earlier this month, and marks our long overdue final review of their five pre-hiatus solo albums in the mid-late 2010s. Released through Harmisntus Productions on December 28th, 2013 when they opened for Tim Day at The Algonquin Pub,"The Rotten EP" is considered to be their first album, de-listing their prior demos from canon. Featuring project founder and prolific artist Christopher Shoust on vocals and guitar, CD printings were limited to 50 copies in cardboard packaging, though you can buy it for $8 on Bandcamp, which is $2 cheaper than CDs were when they were on sale.

Of course, you can stream the whole EP there as well, but consider buying it to support Christopher's work! Featuring 7 songs running for about 17 minutes in length, let's begin this review with it's opening song "Get Ready To Run"! As you can tell quickly with this song, "The Rotten EP" shares the most similarities with Telephone & Address' 2013-2017 public concert sets of their five canon CDs, as this is devoid of bass, drums or ambient programming like on the four follow-ups. That said, this song has a clear punk energy with forceful singing and strongly played guitar work that would easily translate to a full electric setting, and Chris' distinctive vocal style seems to mesh better here than on a softer, slower track. That said, the song's structure and the lyrics do get repetitive after a while, and as such, it does feel like an incomplete song repeated to stretch it past 3 minutes. Entertaining overall, but I wish it was more varied as it went along. 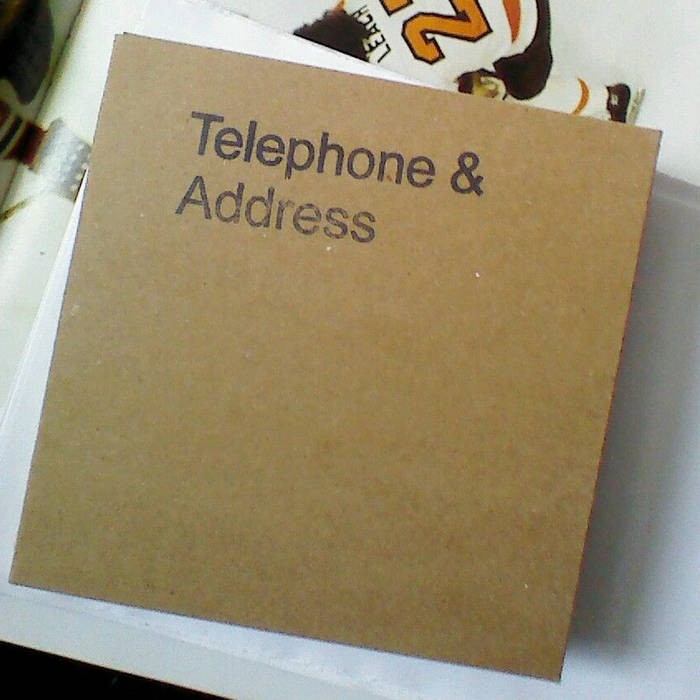 Next up is the EP's longest track (at 3:11, mind you), "Bought & Sold." Harbouring more of a politically-charged stance in it's lyrics, I again like the passion and force that Christopher projects here, and the song's well played and sung, but this song is similarly repetitive to it's predecessor, basically repeating the same verse and chorus three times over before ending with another verse go-around. There is something here as a lo-fi punk performance, absolutely, but I would either vary the structure or chop the song down in length. Third is "Fucked From Birth" (he titled it, not me!), which has a Green Day-esque sound, obviously stripped down, though the title does allude to more explicit language used in the lyrics proper. The faster pace and shorter length help differentiate this one from it's preceding songs, and while the lyrics still aren't terribly long, there's less room for repetition. So far, this song feels the most ready for the full band treatment, and it's an early highlight!

That's followed by "Broken Head", which retains the punk energy of it's predecessors, but this seems like it has more of a folk essence, with vocals sung a little more than on prior tracks. I'd have varied the guitar playing a little more, as it only really changes in style for the brief choruses, but the song is effective and wraps things up before it overstays it's welcome! Fifth is one of the EP's two shortest songs, "Fight", though despite the name, there are more aggressive songs on here. The verse singing here is surprisingly repetitive and muddled given the sub-2 minute length, and while the song's structure isn't as by-the-numbers here, I don't find this as catchy.

"Drunk & Disorderly" is the EP's penultimate offering,  and it has a folk punk sound like "Broken Head", thankfully with a clearer overall performance than on "Fight." The song itself is on one track for the verses and choruses, but the lyrics are shaken up a little more, and Chris gives solid feeling and aggression to the vocals. Another highlight on the album, and it's nicely laid out for length and pacing too! "The Rotten EP" closes with "We're All Fucked" (again, I didn't title this!), which is tied with "Fight" at it's short 1:52 run-time. This is a clear and well performed song that manages to cram three full verses and choruses each into the duration, but with the length and the energy, it doesn't feel repetitive. Not overly angry despite the title, this isn't a bad song, but aside from the liberal expletives in the chorus, it doesn't stand out compared to earlier tracks.

So, what are my final thoughts on Telephone & Address' first canon CD? I think the best was yet to come, but this was a solid collection of lo-fi outsider punk songs that helped set the groundwork for what was to come! I am surprised that Christopher never reprised the singer/guitarist-only template on later albums, especially given the nature of his live shows then, so if your fondest memories of this project are from concerts, this will be extra notable. His distinctive nasally vocal style works well here in a more forceful, angrier setting, and he gets good mileage out of the acoustic guitar overall, with songs like "Broken Head" and the songs with the F-word in the title showcasing his top flight contributions. Intentionally lo-fi quality aside, my big qualm with the EP as is was the repetitive song structures and lyrics, particularly on the two opening tracks, though this was generally a lesser issue as the songs shrunk, albeit having less time to repeat then. 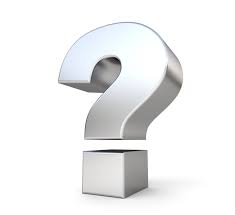 I think Telephone & Address' last two albums (with full electric instrumentation) were their best, but "The Rotten EP" was a solid release given it's solo and lo-fi nature, and  if you like your punk rock with an outsider folk edge, or enjoyed Chris' mid-2010s solo shows, you should find a lot to like here. Give this EP a listen or buy it at the above links, and I hope you guys liked this month's CD review! I do not yet know what we'll be reviewing next month (ideally a new metal, hard rock, or punk album if released), but if we have to dip into the archives, I'll tie a review in with an artist playing live next month if at all possible. No to Awokest, The Inner City Surfers, or Treble Charger in any event, it's too soon from our last reviews of theirs. Keep in mind the talks that Chase Wigmore would be releasing his true official debut studio album with a release concert on Devil's Night, but we await full confirmation of that event and album release before getting our hopes up. Stay tuned in any event, and for more news next month! Thanks everyone!
Posted by The Sault Metal Scene at 8:38 PM