The Sault College/Scotties Tournament of Hearts Battle of the Bands (February 3rd, 2010) 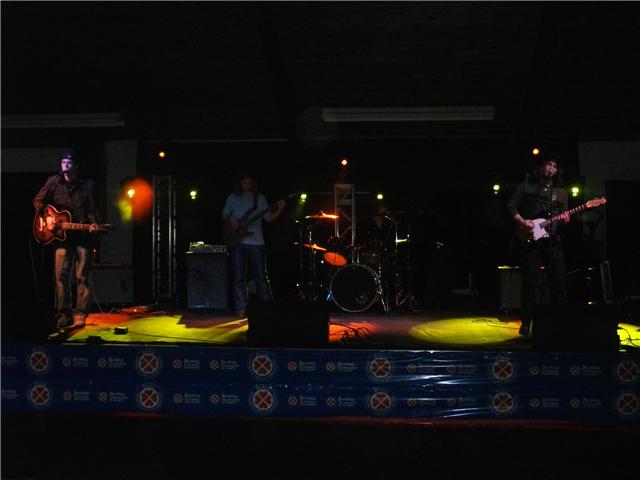 Background: Sault College, in cooperation with the Scotties Tournament of Hearts, joined forces to put on a battle of the bands on February 3rd, 2010 as part of the annual Canadian women's curling championship's festivities when Sault Ste. Marie hosted it that year. Auditions for the battle took place privately at Sault College's former bar The Outback on January 21st, 2010, after which four bands were selected to compete at the battle, which was held at The HeartStop Lounge inside The Soo Curlers Association's building on Anita Boulevard. Only bands with a Sault College student in their lineup were allowed to audition. At the battle itself, the competing bands received a half hour to play their material, after which prizes were awarded to the top 3 bands, though judging criteria wasn't explicitly posted online.

Prizes: The first place band walked away with $750 and the right to play an encore set that night, with $500 going to second place, and the third place band winning $150. Prize money was donated by the Scotties Tournament organizers, with the battle itself charging free admission. 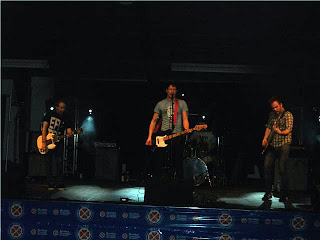 Competitors: The four competing bands came from a wide array of genres, including folk rock standouts Blackwater, classic rockers Middle of Nowhere, indie punk quartet Nebraska Arms, and "blue Chinese metal crash punk" band Sykotyk Rampage. Notably, each of these bands (except Blackwater) had competed in the Kiss Battle of the Bands at The Canadian Nightclub two months before this event, where Nebraska Arms was the only band of the three to make the finals. Bands that auditioned for this battle were not publically revealed, adding to the audition's private nature.

Results: In the end, Blackwater pulled out the victory at this battle of the bands, with Nebraska Arms coming in a close second place. Sykotyk Rampage scored a solid third place finish, with Middle of Nowhere ending up in fourth place.

Aftermath: Blackwater continued to play numerous concerts and events in the Sault area through mid 2010, and though they're now inactive, frontman Cody McMillan still plays Blackwater material & sells their self-titled CD at his solo concerts, even holding a CD release party for it and his later solo releases in September 2012. Sykotyk Rampage remain a prolific and unique sight on the local scene, recording dozens of original new albums, and continuing to play scattered concerts in the area, while Nebraska Arms and Middle of Nowhere both quietly went inactive later on in 2010.
Some Notable Performers' Newer Bands (Metal/hard rock in italics):