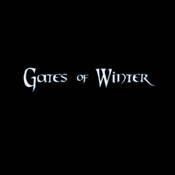 As promised, it's now time for our newest local metal CD review! And what better way to kick things off than with the debut EP from Gates of Winter? Released on February 25, 2005, this EP featured 5 early studio tracks, and was completely recorded and packaged in under 24 hours at frontman Lee Maines' house. Just 300 copies were produced, but torrents of the album are floating around online, so here's a link if you're interested! This EP features Gates of Winter's original lineup, including Lee Maines on vocals and rhythm guitar, Bryan Belleau on lead guitar, bassist Steve Furgiuele, and then-keyboardist Brian Holmes, with ex-drummer James Chiverelli credited for the drum arrangements. I got my hands on the EP from a torrent download, but rest assured, if I knew where to buy a copy, I would! If you wanted a physical copy, I'd recommend contacting band members directly. If nothing else, you can check out all five songs from the album through YouTube by clicking on each song's name as you read the review! (Updated on September 28th, 2012)

Now remember, I am not a professional reviewer, I'm just giving my own personal thoughts and opinions. I am a fan first and foremost. If there are missing details, terminology, or anything like that, my apologies! Also, the drums on the EP were programmed, James Chiverelli didn't actually drum on this EP. The programming is well done and everything, but I won't comment on the drumming much otherwise. 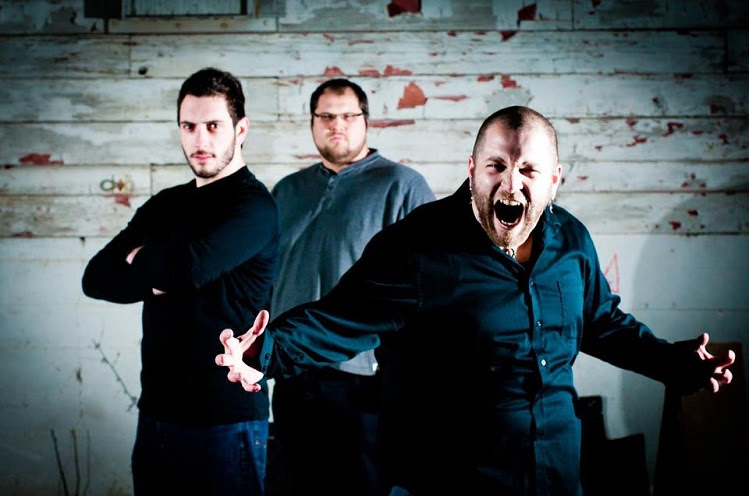 The first song is "Cold Embrace", and it starts with a slow drum and keyboard intro, followed by the band kicking in! Honestly, it seems a bit lighter than I'd like it to sound. I think it's the keyboard mix, Brian Holmes's playing seems louder than the rest of the instruments. Other than that, it's very solid, everyone's playing real well. After a slow guitar interlude, Brian Holmes kicks in with a pretty good keyboard solo, and the song ends well, on the same heaviness level from earlier in the song. Overall, a good opener, but it just didn't seem as heavy as it could have. As well, Lee Maines' vocals are also clearly not as developed as we'd see on "Lux Aeterna", but he made the most of his singing abilities he had then. 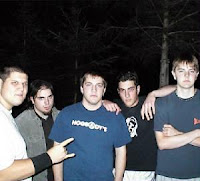 Next is "Far Gone", which begins with a real nice guitar intro, which really sets a nice mood for the song. Then when the song kicks into high gear, it's really good! Unlike on "Cold Embrace", it really feels heavy and in your face! Lee's singing here shows more range, but it sounds a bit like he's straining his voice in parts. The guitar work is awesome on this song, lots of catchy riffing. Though Brian's keyboard work sounds good here, it sounds a touch out of place in parts. The guitar and keyboard solos are excellent, showing off Bryan and Brian's abilities really well! The ending is really catchy too, very easy to headbang with! Though this song is much better to me than "Cold Embrace", it still feels like it's missing "something", I'm just not sure what.

After that, we get "Hidden Enemy", starting with a really fast drum intro (I'd love to hear that live again), followed by possibly the heaviest part of the EP, very epic and very cool! We also hear Lee break out the death growling on this song, which doesn't sound too bad, but I'd have switched the growling and the clean singing in the song to match the different points of aggressiveness better. Midway through, there's another softer interlude with some really nice guitar playing, but then the heaviness kicks in once again! Lee's growling returns, and some epic, almost orchestral heaviness is present! This is by far my favourite song on the EP so far, and the best indication of the sound Gates would take on their later releases!

The fourth song is "Euphoria", which is the slowest, softest, and shortest song on the EP. It's a nice song if you're into ballads and softer stuff, and every band member puts in their best work, but I crave heavier and faster stuff. Plus, the song's not long enough, I'd have loved to have heard it with some more time to flesh out everything. It's a great song to mellow out to, but I personally prefer something with more "metal" to it. The EP closes with "Frozen Tears In Moonlight Rain", which is another quality song! A bit slower than some of the first few tracks, and not quite as heavy as "Hidden Enemy", but still good. This is probably where I think bassist Steve Furgiuele stands out the most, he puts in some great stuff on this song! I like this song too, it has some nice work all around!

Overall, I enjoyed this EP, but when you compare it (both musically and production-wise) to their 2008 album, "Lux Aeterna", there is no contest: "Lux Aeterna" is their finest work. The band had a lot of room for improvement between 2005 and 2008, and improve they did. But remember, I'm going by their abilities then, not comparing them, and I like this EP regardless. You could complain about the production and the programmed drums, but they were great musicians then, and only got better from there on out. I recommend downloading the EP, if only to check out some of their classic songs you don't hear live anymore, and get a taste of Gates from way back when! I would have loved to have heard these songs live with more recent band lineups, or maybe see them re-recorded in-studio. But this will do for now, and it's a cool window to back when they were just making a name for themselves!

So there's my review, remember, I'm not a professional at this, and I will try and get better! As for my next review, it will be at some point next month, and it will be of.......Sykotyk Rampage's new album, entitled "Album 22"! Stay tuned for news on that, and any new local metal news and updates as I hear them! Thanks everyone!
Posted by The Sault Metal Scene at 2:29 PM