It's Saturday, and you know what that means: It's time for our second installment of our special GarageBand Profile Mini-Series! As we inch closer to the impending shutdown of GarageBand.com, I'm continuing my quest to make sure the local metal bands there don't have their material lost as a result, and today, our attention falls to a prominent local metal frontman's solo projects! 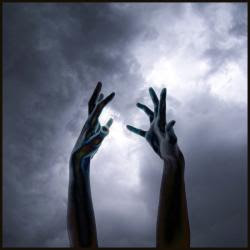 Bio (Lee Maines): A year after his pioneering release with Canadian metal band Gates of Winter's "Lux Aeterna", Lee Thomas Maines is beginning work on a new progressive solo project. Loaded with crushing rhythms and futuristic themes, Lee hopes to reach a new level of diversity and technicality. Currently, Lee is laying the foundation of an untitled 5 track EP, working with new gear, a new vision, and a sea of new inspiration. For the meantime, go to www.myspace.com/leethomasmaines and check out the posted Gates of Winter tracks ‘From Nothingness (demo)’ and ‘Life Force Rapture’, or visit www.gatesofwinter.com! For questions or comments, please write to leethomasmaines@live.ca.

Bio (Septicon): Septicon is my solo project, which I would eventually like to expand to a full band, when all my songs are recorded and ready for the road.

Songs: None. (Lee didn't upload solo material onto either the Lee Thomas Maines or Septicon GarageBand pages. There IS one solo Lee Maines song to share though, which you can check out after the following paragraph.)

SMS Analysis: As the singer and rhythm guitarist of Gates of Winter, Lee Maines has a good level of notoriety in the local scene, and the fact that he was briefly in Woods of Ypres can't hurt either! I'm sure we've all been hoping for some exciting things from Lee's solo projects, no matter what name they've been under. However, we haven't heard much from Lee on his solo stuff since mid-2009, likely because of his work on Gates of Winter's new album. Under the name Septicon, I can't do much other than speculate on it due to lack of material, but it likely would have been similar to his latest solo work. From what little I've heard from his solo stuff, I'm very impressed, and Gates of Winter fans will no doubt enjoy it too! No major stylistic changes, just straightforward progressive metal with lots of dynamics and great instrumentation, but it could use guitar solos and vocals. Though the project's been dormant since 2009, my fingers are crossed that Lee will find his way back to his solo material some day, cause there's too much promise there to just let it go! Check out lots more from Lee Maines at his official MySpace page!

Videos: Your best bet to finding videos of Lee Maines is to search for Gates of Winter on YouTube, there's lots of audio and video recordings there! If you find Woods of Ypres videos from late 2008, Lee will be on guitar for those, but remember that he didn't write any of their material. As for his solo projects, I couldn't find anything, so I have uploaded his only publicly unveiled solo song to YouTube! Entitled "Sol", it was ripped from his MySpace page and uploaded onto the SMS channel with the BEST POSSIBLE INTENT to spread this song to world even further like it deserves! NO COPYRIGHT INFRINGEMENT IS INTENDED!!! With that in mind, check out "Sol" below, see what you think!