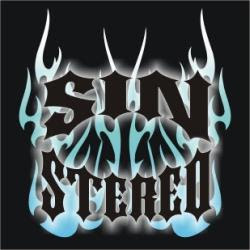 Bio: It all started in August of 1997 when a long haired drummer moved to Sault Ste. Marie, Ontario and got together with a couple of frustrated musicians that just couldn’t seem to find the right chemistry with other musicians in the city. After jamming in the guitar player’s kitchen, the chemistry seemed to boil over. Pulling together more than 40 years worth of experience between the three of them, you know that their professionalism and musical abilities are a cut above the rest! Their tightness is unparalleled due to their many years together and their 3 piece lineup. Throughout the Soo and surrounding areas, they hold most of the records for capacity and bar sales, but their experiences go beyond the bar scene. They’ve had the opportunity to open for some bigger names such as David Wilcox, Kim Mitchell, and Bret Michaels. The band played to over 800 people at the Molson Garage party as well.

The Rotary Club in Sault Ste. Marie requested them to headline the final night of the Rotaryfest weekend, and they rocked to over 2,000 people. In the summer of 2005, they played the largest motorcycle rally (Alley Rally) that the area has ever seen, and saw over 3,000 people come through the gates. Right now, they have decided to take the party to the next level and start writing and recording. The music, lyrics, and arranging of the songs are done by all three members of the band. Pulling from all of their influences, these guys have developed a unique sound. Their originals consist of a heavy rock sound with ripping guitar solos, harmony vocals and a driving back beat. Look out, Sin Stereo is on their way up!
Members:Greg Simpson (Vocals/Drums)
Michael Davies (Vocals/Guitar)
Jon Ferguson (Vocals/Bass)

Artist URL: None (This was Sin Stereo's only internet page, though the members of Sin Stereo have a Facebook page for their later band Stiffler's Mom, who did cover Sin Stereo material live.)

SMS Analysis: If Sin Stereo look & sound familiar to you, especially by the lineup, then you're not alone. This same exact lineup is in the popular local rock cover band Stiffler's Mom, who are a frequent sight at area concert spots! You may also recognize Greg Simpson as the frontman of Bone Yard & That's Chester as well! I'm not sure if Sin Stereo morphed into Stiffler's Mom or if they were two separate bands, but it's interesting to see the transformation! Luckily, Stiffler's Mom didn't forget their metal roots, and did play some heavier stuff sometimes, including their two Sin Stereo originals! Both of the Sin Stereo tracks have a noticeably upbeat & fun nature, yet still heavy enough to raise horns to. "Sweet Juanita" has a fast energetic fun pace, with some nice guitar work, especially when they start with the galloping riffs! "Enjoy The Show" is my favourite of the two, with a nice beat, entertaining lyrics, and a very cheerful nature! The production needs work, the songs feel short, the bass seems downtuned, and the vocals could use extra grit, but if you want some fun 80s-inspired hard rock, Sin Stereo would be a great choice! I do prefer Sin Stereo to Stiffler's Mom, but if you can find the Stiffler's Mom CD, you'll enjoy it, and you'll no doubt have fun at any future shows!

Video: Though I haven't seen any Sin Stereo videos online, a video exists of Stiffler's Mom covering "Enjoy The Show" when they opened for INXS in 2007 at The Essar Center, so click here to watch it! Not long after I launched The Sault Metal Scene's YouTube channel, I uploaded "Enjoy The Show" by Sin Stereo, and because I'm profiling them today, I'll doing one better! So embedded below is both "Enjoy The Show" and "Sweet Juanita", which I just recently uploaded onto YouTube to make sure you can hear their songs online following GarageBand's closure! Check out Sin Stereo's songs below!