It doesn't seem like we just started this special mini-series just 9 days ago, does it? Time's flying by! Well, it's July 9th, and as promised, it's time for the fourth entry in our GarageBand Profile Mini-Series, where I continue to archive and share the profiles of local metal/hard rock acts that had pages on GarageBand.com, which will soon be shut down. Today, we take a look at a local hard rock solo artist that I'm VERY surprised I haven't discussed in detail on here before, even though he's been listed in the band links since this blog was launched.
Remember, aside from spelling/grammar edits, link/video updates, and some additional useful artist info and analysis, this is a closely transferred copy of the original GarageBand profile, with everything relevant still intact. Enjoy today's profile, and of course, stay tuned to the SMS through Thursday for the last two profile entries!
---------------------------------------------------------------------------------- 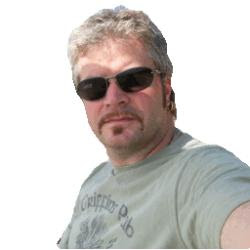 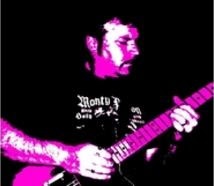 SMS Analysis: If you visit an online music site, chances are Mike Cliffe's on there either for his prolific solo work or for his AudioFumes projects. A veteran of many local bands, Mike self-produces, mixes, and records numerous solo songs of varying styles for online release, mostly of the instrumental variety. And for the sheer versatility and output of all this, he deserves credit! Musically, he has loads of talent, and I don't think people notice it like they should because he doesn't gig regularly. Mike's output is too huge for me to individually go through each song he had on GarageBand, but from the progressive mellowness of "Rengbe" to the heavy groove of "Night of Day", to the dark undertones of "I Don't Care", he shows a lot of musical diversity on each song! There's honestly something for everyone in Mike's back catalog, and luckily, he has the guitar and bass skills to back it up! Though face melting solos aren't a general sight, and his music far outshines the vocals we do minimally hear, his technical ability and eye for good melodies and riffs is always present! Don't let Mike Cliffe slip you by in local music searches, he's a real hidden gem with some very good instrumental stuff that deserves to be heard! Check all the above links for tons of material and much more!

Videos: Mike Cliffe is an active YouTube user, so naturally, he has a YouTube channel among his vast collection of internet pages! Because there's active Mike Cliffe videos online, I won't upload anything new for this profile, there's ample material from Mike himself on YouTube already! From uploads of solo recorded material to some live video performances, his channel's another good source of original music! Click here to check out some of Mike's videos, and I'll embed three below that I recommend you check out: His song "In Equity", a live demo performance of what eventually became "Bitter Fruit", and an eight-minute long piece named "Darch"!