LOCAL CONCERT ALERTS (Banned), The Return Of IDNS, And More!!

Before we head off to Hardcore Homecoming TONIGHT at The Rockstar Bar, we have a new news post on this Saturday afternoon, including a new concert video, a look at a recently released local punk CD, and info on an upcoming private concert, but first, here's some LOCAL CONCERT ALERTS for the Halloween season!

Kinross hard/classic rock trio Banned have confirmed a new concert weekend for Friday, October 31st (Halloween) and Saturday, November 1st, as they'll be returning to The Northern Pines Lounge at the St. Ignace Kewadin Casino! Among their concerts from their Facebook page's newest calendar post, these two shows were the only ones that weren't previously announced within an hour of the Soo, and join shows at the Sault Michigan Kewadin Casino in December, and preceding gigs in Gould City and Curtis that are just out of our range. As best as I can tell, these will be Banned's first shows in St. Ignace of 2014, and their first with new bassist Wayne Lawrence, so if you've missed them down that direction, keep the Halloween weekend in mind, and I'm sure costumes are encouraged! For clarity's sake, Kewadin's entertainment page still lists that weekend as "to be announced", so it hasn't been updated recently. Admission should be free for these 9:00 PM concerts, and you must be 21 to attend. For more details, check the above links, and if you're in the area, catch Banned in Gould City tonight!

Next up, another private concert event at the site of Das Bunkerfest will go down on September 23rd (one week from Tuesday), and while we don't often address events without a public address unless there's some big hype for them, this one even has a preview video online for it, so I've gotta mention it! The Facebook event page indicates that Toronto crust punk quartet IDNS will return through our area on the 23rd, with local support from local doom metal trio Algoma (whose frontman Darby Wigwaus is putting on the event), The Bear Hunters (in their last announced gig before the CD release show), and local punk/metal quintet Jack Spades (in a rare appearance at a show not promoted by frontman J.D. Pearce), and that's a solid lineup for sure! Now, the event page lists Shingwauk Kinoomaage Gamig in Garden River as the host venue, but that appears to be a placeholder, as every other post indicates that the Das Bunkerfest host site will also put this one on, and Darby says "you'll know the address when you need to", so follow the above links for the future address reveal.

Nice to see IDNS coming back so soon after their Oddfellows Hall gig, and hopefully their intense crust and hardcore punk sound goes over well again, this time in Das Bunker! The teaser video for the concert was uploaded to Darby's YouTube channel yesterday, and it resembles their early teaser clips by using photos and effects in front of background audio (from a show, in this case.) Here, it's confirmed that this event will have a $5 admission, it will be ALL AGES (but dry), and pop, chips, and VHS tapes will be on sale. Keep it in mind for September 23rd, check out the teaser video, and follow the event page for directions when it comes time!

Also today, a new video of local/St. Catharine's grimecore trio Shit Liver is online, courtesy of an attendee of their show opening for Killitorous in St. Catharine's earlier this week! Nicely edited multi-camera HD clip of 4 minutes of original fury (complete with logos and film grain), Shit Liver sound really good here, and if you missed Mike's mohawk, look what's back! This is one of the better Shit Liver videos that I've seen, so give it a look below! 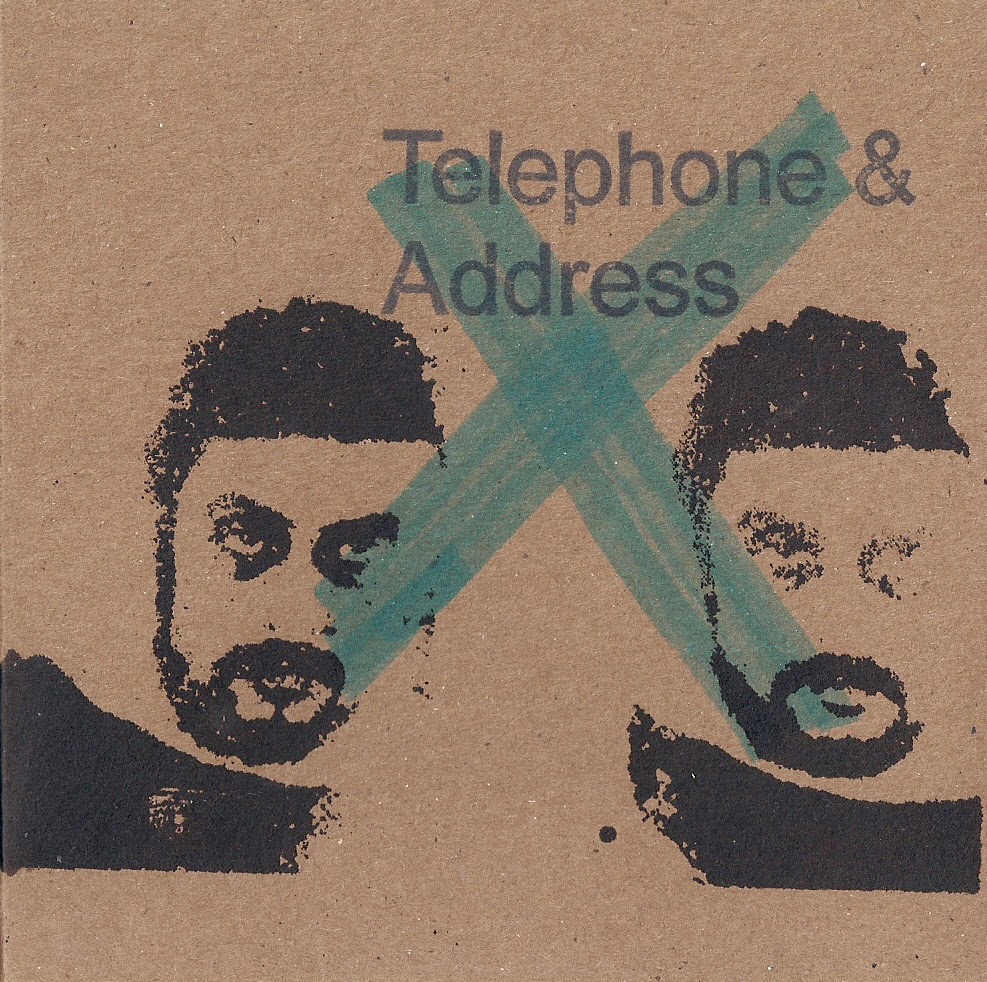 Finally for today, here's an overdue look at the contents of the new Telephone & Address CD "Need Not Apply"! Released through Harmisntus Productions at the IDNS show last week, the SOCAN registered CD (initially printed in 100 copies) is largely packaged similarly to his prior "Rotten EP", with a cardboard case, ink stamped art, and a business card saying "I Am With You", though along with a name and website tag on a second. This is the front artwork, which slightly varied from copy to copy, while the inside features repeated dollar signs, the word "Problems", and the number 888. In order, the songs are "Opener", "Coming Down", "Perfect Circle", "General Strike", "Anthem", "Army of Losers", "Yulp" (I hope I have that spelled right), "Back To The Beginning", "Brace Yourself", "Commercial", "Forged A Heart", "Go To Hell", "The Way It Goes", "Untitled", and "WW3", and if the song title is linked, it's to it's upload on Telephone & Address' Soundcloud page. You may have heard project leader Chris Shoust play many of these songs at the IDNS show, but the recent Soundcloud song "Anthem to the Queen" did not make the cut.

Like at the release concert, this CD is entirely based around bass & vocal-centric punk/grunge originals, so if you liked what you heard there, you should like "Need Not Apply"! Copies are $15 (that's $1 a song) at future concerts and presumably through direct contact with Chris at the above links, but when can you expect a review of this CD on the site? Perhaps this month, though with Northwest's EP also in the wings, I have to make a choice on one or the other soon (but it's definitely coming!) Stay tuned for updates, and I'll see you guys at The Rockstar Bar TONIGHT for Hardcore Homecoming with Random Killing! Thanks everyone!
Posted by The Sault Metal Scene at 2:26 PM