Witha  slower fall season, and following our formal introduction of all punk subgenres into our coverage, it's high time we begin sharing some archive YouTube videos from local (non-hardcore) punk bands and concerts on the site! To avoid future repeats of these features, these looks at older punk videos will be centered around YouTube channels that have less than 50% of their content being SMS-fitting, so we can save more substantial channels for our YouTube Channel Profile Series each month. You'll notice some trends and recurring artists due to the amount of videos from certain acts, but I hope to have a punk video showcase at least once a week for the next while. So, what's up first?

Randomly organizing this week's chosen videos, we'll start with prolific local punk musician Mikey Hawdon's YouTube channel, which will absolutely recur in these showcases over the coming weeks, as his channel is loaded with older videos of his local punk bands! We'll start though with Mikey's solo performance clips, as he's posted vocal & guitar covers and originals alike off and on since 2008, which you can see at this link (just look for thumbnails that just have him with good lighting.) Most of Mikey's solo videos are of acoustic Green Day covers, which he definitely knows very well given his work fronting the Green Day tribute The Dookies, though his earlier videos include renditions of Screeching Weasels & All songs, and assorted originals (I think) like "Outta My Head" & "So Wonderful", among many others. Fans should know Mikey's talents by now as both a drummer and frontman, and he channels his singing and guitar work nicely on his solo videos, though the video quality does improve on later clips.

Click here to give Mikey's solo performance videos a look, though be sure to scroll down, as he's only posted one cover since 2011 (a cover of Green Day's "Going To Pasalaqua" from earlier this year.) Embedded below is a well viewed cover of Green Day's "Having A Blast" from 2008 that is predictably well done, so if you like Mikey's work as a singer & guitarist, be sure to check out his solo videos!

Next is another band that will recur in our punk video showcases, and Mikey's a member of this band too, that being local/Toronto celtic punk quartet Dustin Jones & The Rising Tide! With their extensive touring of recent years, they have a solid amount of YouTube videos, with four such clips coming from the YouTube channel of Salads bassist Chuck Dailey, via a DJRT concert in Toronto in December 2010 where they opened for White Cowbell Oklahoma. The videos are of a fiddle-driven instrumental, their song "Alright", and a surprise (incomplete) cover of The Regents' "Barbara Ann", but embedded below is the guys playing their song "Time Well Spent". Shot close to the stage, the lighting is dark aside from the band, which creates a nice mood, and the audio quality is pretty good as well! Like before, their unique hybrid style plays well on these videos, with a nice ethnic feel to contrast the punk attitude, so give Chuck's videos of The Rising Tide a look! 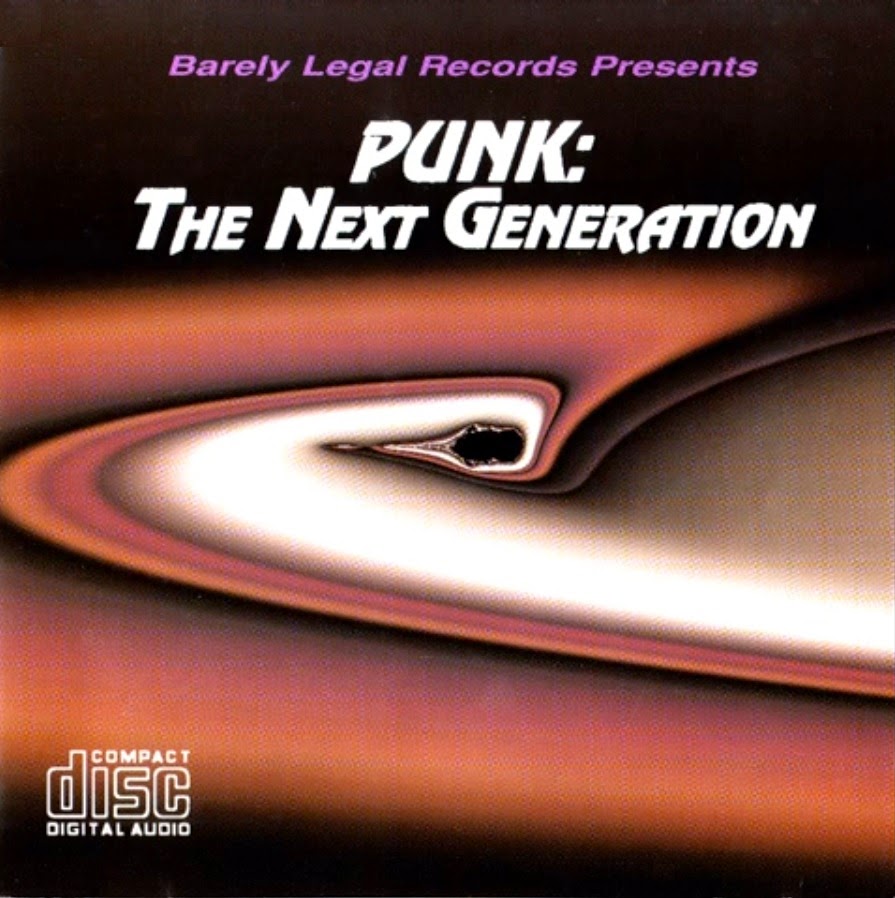 Among assorted other punk videos to watch for in our punk showcases, here's two linked older punk originals from two different local bands, courtesy of Algoma bassist Kevin Campbell's YouTube channel! Kevin uploads a lot of old independent punk and hardcore albums (local and otherwise) there, including a 1995 compilation CD named "Punk: The Next Generation" released by Barely Legal Records that featured Canadian punk bands, two of which were from the Soo! One of the songs is "Good Enuff" by Room 206, which is a solid song with a catchy hook, but the vocals almost sound like they're being sung through a telephone. The other local track is "Change To Hate" by defunct local punk rockers The Spigots, whose lineup in the book "Going Underground" featured singer Trevor Harding, guitarist Jeff Nisbet, bassist Frank Guidoccio, and drummer Jeffery Osbourne. Entertaining skate punk song with good aggressive vocals, but I can't say I like the drum beat in the chorus between the gang vocals, which sounds too artificial.

Kevin;s channel is full of interesting songs and albums from obscure independent punk bands, so give everything a look above, including the whole compilation album that Room 206 & The Spigots are on, which even features a song from The Ripcordz, and here's The Spigots' "Change To Hate"!

Finally, here's a video relating to Juno-nominated local/Toronto indie punk legends Treble Charger, who will also recur in these showcases, as they have a ton of YouTube videos! This, however, is an interview with frontman Greig Nori and guitarist Bill Priddle by Vanessa Vai & Vanessa Markov of Toronto's Hits 'N Giggles Radio in March 2012, so what's discussed therein? Conducted shortly after their reunion, Greig & Bill discuss their return show in Toronto and the response from it, why they chose to reunite, their future live & recording plans at the time, their music work since the band's original breakup, their favourite places to play, the impact of digital media on their music and discovering bands, their favourite current musicians, and how they had fun on the road (including pranks.) It's an informative and fun interview that covers both contemporary issues and stuff from Treble Charger's past, though note that there's no direct references to the Soo. Definitely worth a watch for fans of Treble Charger, so give Greig & Bill's 2012 interview a look below!

That's all for today, but stay tuned for weekend concert previews tomorrow! Thanks everyone!
Posted by The Sault Metal Scene at 4:59 PM