I wasn't expecting to have a second post today, but I just remembered that we missed a concert TONIGHT when we did our concert preview post on Thursday, so I put this one together to give it some proper attention and address some other recent notes, including a new concert video share, upcoming album updates, and the latest from AlgomA, so here's what you need to know!

We accidentally missed a show in Thursday's weekend concert preview post, so let's get the preview up now before the show takes place, as newer local hard rock quartet Long Shot's previously announced show at the Fraternal Order of Eagles' clubhouse in nearby Heyden goes down TONIGHT! Apologies again for this being later than expected, but at least it wasn't a short notice event. The official poster indicates that they're "back by popular demand", so they had a successful set here earlier in the year, and while the Eagles club may seem like an odd venue for a concert, remember that Long Shot's gigs haven't been in the typical locations that you'd see other cover bands at (plus, Tym Morrison once had a regular arrangement there.) Everything starts at 7:00 PM tonight, but supper will be available beforehand, where you can enjoy quesadillas and nachos supreme, as indicated on the official poster. Note however that there hasn't been an age limit or cover announcement.

For more details, visit the official Facebook event page! This should be an entertaining show, if Long Shot's videos are any indication, so don't miss their first show of the fall TONIGHT if you can help it, and for a preview, here's 3/4ths of Long Shot (and guests) covering Blue Oyster Cult at a recent outdoor event!

Next up, here's the latest album updates from two of local musician Mitch Sirie's active bands! Concerning his death metal group The Bear Hunters, their Facebook page revealed yesterday that the mixing for their debut CD "Eternal Hibernation" is complete, with today being spent adjusting vocal volume, and mastering taking place tomorrow. Physical copies will be pressed over the next three weeks, along with orders for new t-shirts, toques, and hoodies, and you can contact the band if you want a specific shirt size. The post closed by saying that the band plans to release their "Aftermath" EP of unreleased older songs and their second studio album in 2015, which sounds ambitious, but hopefully things pan out better than the recording process for the first disc! Also, Mitch's hard rock quartet Beaumont Avenue revealed on their Facebook page yesterday that they're planning to record 2 EPs (with 4 originals each, grouped by how they feel) and then write a proper debut album from scratch when drummer Ben Boudreau returns home.

No word yet on if these will involve the original recording sessions that the then-Suicide Kings held at The Smoke & Oak Room Studio last year will be used or remixed for these plans or not, or if they'll completely start over on everything. Sounds like Mitch's bands are on a good path, and hopefully things don't get derailed further on the way! Don't miss the Bear Hunters' EP release show on October 18th! 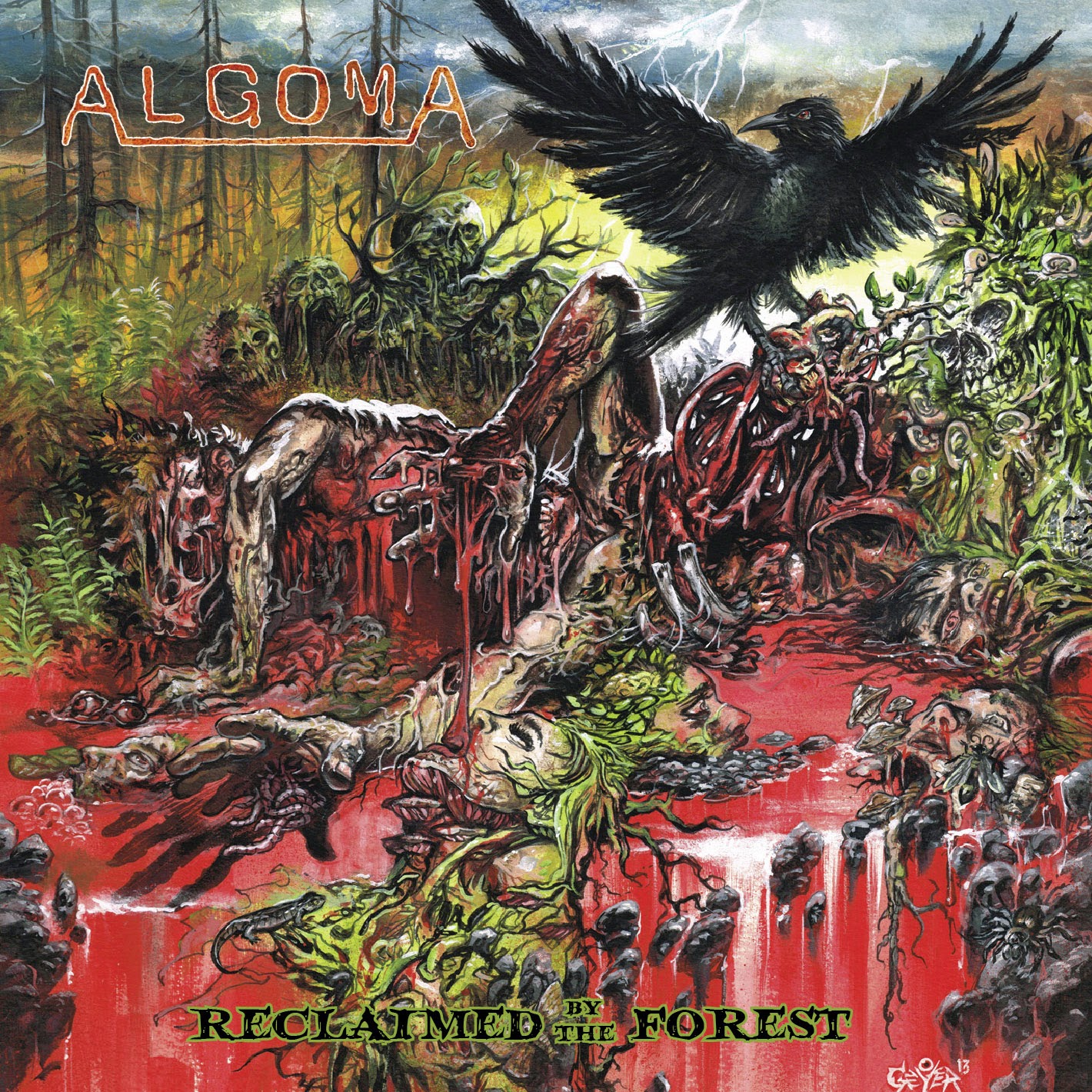 Also today, here's the latest from local doom metal trio AlgomA! The band (along with drummer Jamie Vincent's grungecore duo Bad Back) will join local rap/metal duo The Apocalypse Afterparty and Toronto garage rockers Ghost Daze for a Toronto concert dubbed "The Northern Horde" on Thursday, October 16th! This will mark all of the local bands' Southern Ontario debuts, and it's great to see them expanding their reach, especially given that this will be AlgomA's first announced show following their CD release! Speaking of which, the first advance review of their debut album "Reclaimed By The Forest" is now online via the German metal website Doom Metal Front, where reviewer Sven Mihlan called it ''mesmerizing" and "relentless in its expression", positively comparing them to Electric Wizard, Eyehategod, and Sleep. Solid, if short review, and it's nice to see them getting some attention overseas before it comes out! Stay tuned for more from the AlgomA camp!

Finally for today, here's a metal concert video from the spring that was only just publically shared on Facebook 6 months after the fact! This comes from Winnipeg deathcore quintet Commencing Human Desperation's headlining set at a short notice Heavy North Entertainment concert at The Oddfellows Hall concert in March, as filmed by promjoter Tyler St. Amour and uploaded to Facebook on his personal page at the time, but now it has the all clear! The lighting is dark, and the audio's a bit warped, but C.H.D. have solid aggression and brutality on this clip of their original "Devil's Throne", so give it a look below for some spring-time all ages metal intensity!

That's definitely all for today, but stay tuned for more news and notes in the coming days! Thanks everyone!
Posted by The Sault Metal Scene at 6:00 PM