LOCAL CONCERT ALERT (Blizzard Of Ozz), The Return Of Life's Eclipse, And More!!

Hey guys, the post marathon continues with another news post! After clearing out the initial Cinderella stuff, poll news, and feature posts, we'll focus on news today, including some updates to one of our monthly feature series, a surprising return that spearheaded those updates, and first, a LOCAL CONCERT ALERT!! Here's what you need to know!

The Canadian Nightclub has always been the most dependable spot for high level hard rock tribute bands, and the latest should be no different! On May 14th, Toronto-based Ozzy Osbourne tribute band Blizzard of Ozz will hit The Canadian for what should be an awesome night of classic Ozzy & Black Sabbath hits! Featuring veterans from other major Canadian tribute bands, look for a faithful and heavy night of Ozzy classics on May 14th! This show will have a 10:00 PM start time, a 19+ age limit, and a cover charge of $8, which is higher than usual, but it'll be worth it if you love Ozzy Osbourne's work! For more details, visit the official Facebook event page! It may be an unpopular opinion, but I enjoy Ozzy solo more than Black Sabbath, and as I stock up on concerts leading up to my 22nd birthday, I this will fit in nicely! Check the above links for more details, and stay tuned for updates when and if they come in!

Next up, here's some very surprising news concerning one of my favourite bands that few of you know about, as Life's Eclipse are back! Yes, the Eckerman, Michigan metal band that I glowingly praised in December in a Defunct Local Band Profile have been resurrected! Frontman Jason Mills messaged me through the new Werehold Records YouTube channel the other day and let me know some details about what's been up with the band. Apparently, Life's Eclipse has been through a lot of downtime due to some internal band conflicts, which caused them to never finish the recording sessions for their "Shadow Over Superior" album, which actually wasn't their first "album". The band had recorded four demos/albums before "Shadow Over Superior" without label support, two of which were 2004's "The Chemicals To Make You A Better Person" & "Invasion", which featured the song "Red Dawn" from their MySpace page. Whether those ever saw a real physical release or not isn't known to me, but I'd love to get my hands on more old school Life's Eclipse recordings! Jason & his brother, bassist David Mills, recently resurrected the band with new improved studio gear and have uploaded some older audio tracks online to gauge audience feedback! 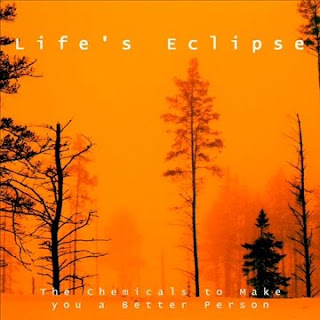 Both the Werehold Records YouTube channel linked above & David Mills' channel feature some newly uploaded Life's Eclipse videos, including "Red Dawn" on the Werehold channel, and (thankfully) a newly posted instrumental demo on both! Entitled "Undefeated", it confirms the instruments that Jason & David play as well as the involvement of guitarist Joe Semasky (the drummer isn't credited by name on purpose), and mentions that the song was from "The Chemicals to Make You a Better Person". I have to say, I REALLY like this song, it's heavy with a catchy groove and it's very well played! Love the solos too! I wish there was vocals, hopefully they add some soon! There's also some interesting comments during the later part of the video describing the song's inspiration too, so definitely give this song a look below and at the above links! Life's Eclipse deserve it, they're one of the most underrated bands across the river!

As such, this means that for the first time in SMS history, a band we profiled in the Defunct Local Band Profile Series has been resurrected. What happens to that post now? Well, I updated the post to reflect the new lineup details, the new videos and songs, the new biographical information that Jason told me and that's included on the new links, and edited much of it to reflect the fact that they're not really "inactive" anymore. Click here to check it out, hopefully it's totally up to date now! Also, to note that they're no longer "defunct", I added an asterisk (*) to the title and listing for this profile, which will be the future icon that we'll use in the event that a band in that series comes back.

While we're at it, I updated some more profiles from this series, so here's what's changed! I edited the AtrophiA profile to further distance them from Bring The Fallen, as I don't believe the two bands were really ever connected beyond sharing two members, and I added some new remarks about their sound and style. I edited the M7K profile to include references to guitarist Mike Vincent's current bands and remove ones to some of his older bands and his old last name. The Lower S.E.S. profile now refers to drummer Mikey Bishop's current work with then-bandmate Erik Rintamaki in their current local band Half A Man. The joint Death Rise/White Knights profile has been updated to reflect the more recent work of members of both bands, notably Rick White's current work in Motion Carried. The rest of the profiles (Life's Eclipse notwithstanding) needed no changes, as either nothing's different or I've found nothing new that I could add. Check the above links for the newly updated profiles!

I was hoping to fit some Mike Cliffe news in here too, but I think the post got fuller than I expected, so I'll definitely have it soon! That's all for now, stay tuned for a Woods of Ypres centric post later tonight! Thanks everyone!
Posted by The Sault Metal Scene at 2:30 AM