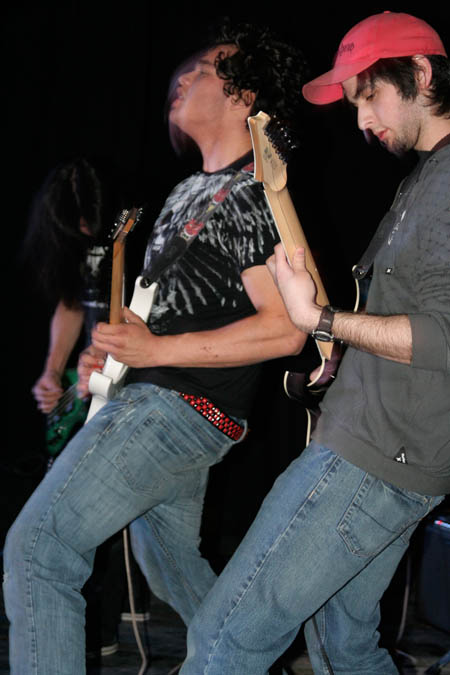 Background: Local theater group YMCA Rocks held this battle of the bands on March 20th, 2009 at the then-Lock City Grand Theater as a companion to their rock opera "Nothing To Do In Sault Ste. Marie", about three boys who defeat a horde of zombies. Admission was by donation to YMCA Strong Kids, and despite early fears of low attendance to the removal of alcohol sales from the event, a good crowd turned out to support the young local bands, most of which were relatively new on the local music scene. Each band received 20 minutes to perform (and take down instruments), and original material was encouraged. Though the planned awards were to go to the best original song, stage presence, and overall performance, awards instead went to the top 4 bands overall out of the 7 who competed.

Prizes: Recording time at Green Room Productions went to first place, while they and the other top bands won various prizes from Stereo Soul Studios, the YMCA, local music stores Case's Music, The Music Depot, Northland Music, and the Thomas Walls School of Music, and former local CD store CD Plus. Specifics for who won what prizes were announced at the event, but aren't available on surviving pages. 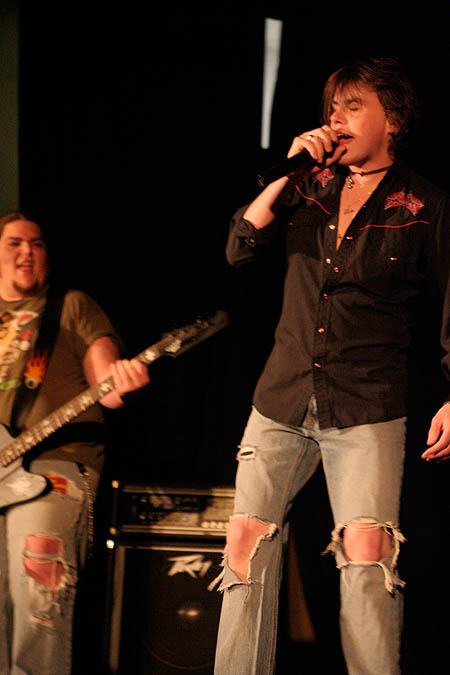 Competitors: Eight bands were selected to compete at this battle, and though only seven ended up participating, a good selection of newer local bands gathered to compete at this event. Metal was the most prominent genre of the night, including new local metal bands Operation: Killdozer and The Undead Warriors, and Skid Row battle alums Sue Inside. Indie rock was also well represented at this event by newer local indie rock outfits Train Junky and Waterslide, with the lineup rounded out by glam/punk quartet Dirty Virgin and blues rockers The Glass Statues.

Results: The Undead Warriors burst onto the local scene with a first place victory at this battle of the bands, despite lineup shuffling due to drummer Joey Graham's absence. Dirty Virgin's glam and punk sounds carried them to second place, while The Glass Statues took home the bronze for their entertaining set. Operation: Killdozer rounded out the award winners in fourth place, and rankings for the remaining three bands were not publicized. 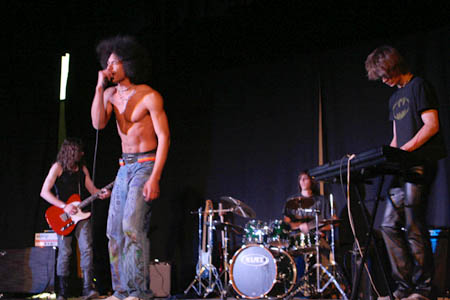 Aftermath: The Undead Warriors (later best known as Bring the Fallen) rode the wave of their battle victory to a further two battle wins in three tries over the next 14 months. They also opened for notable bands like Upheaval of an Exorcist & Broadcast Zero during their local run, and recorded material towards an unreleased debut EP in the winter of 2009, before disbanding in the spring of 2011 following numerous rumours of their demise, though they held a one-off reunion in July 2013. Dirty Virgin continued to play sporadically through the end of 2009, after which the band went inactive, though they would reunite for one-off shows in the spring of 2011 & 2012. The Glass Statues played notable gigs in the Algoma District through the summer of 2009 before disbanding after guitarist Ben Kemp-Reynolds moved to British Columbia. Operation: Killdozer went inactive in mid-2009, but they did play one further concert after the battle, opening for punk legends SNFU at the Grand that May with an altered lineup. Half of their YMCA Battle lineup notably launched the extreme metal band Winkstinger the following year. Train Junky & Waterslide both presumably went inactive shortly after the battle, and online details about their history and other concerts under those names are very hard to source. Like the Skid Row battle, Sue Inside were the last continuously active band to play at this battle, having last updated online pages from their final home of Oil Springs in April 2012.