The Algoma University Battle of the Bands (December 1st, 2009) 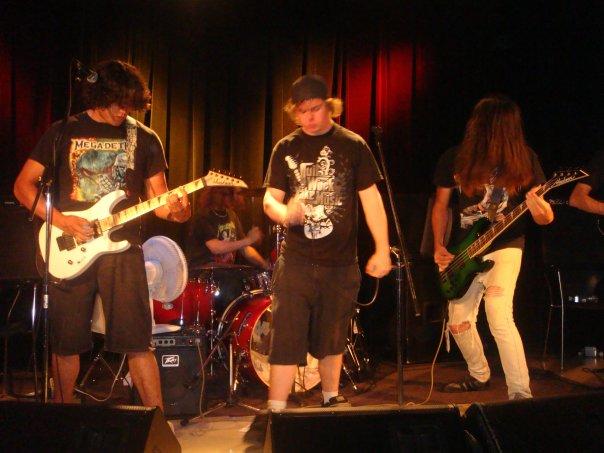 Background: The Algoma University Student Union and The United Way of Sault Ste. Marie (in cooperation with local punk standouts The Inner City Surfers) joined forces to hold a battle of the bands at The Speak Easy at Algoma University on December 1st, 2009, with all proceeds from admission going to local United Way charities. Five bands were confirmed to play four songs each, after which judges would award prizes to the top three bands, though judging criteria was not announced prior to the event. Despite running concurrently with the second day of the Kiss Battle of the Bands, a good response resulted from this battle and it's small but talented lineup of competitors.

Prizes: The first place band would receive $300 cash, a $100 Joey Calzone’s gift card, a $25 Case’s Music gift card, 4 hours of studio time, and the right to open for The Inner City Surfers at their Christmas Bash at The Speak Easy on December 22nd. Second place received $200 and a $50 Boston Pizza gift card, while 3rd place would receive half of that: $100 and a $25 Boston Pizza gift card. The second place band would also get first dibs at replacing the winning act at the Inner City Surfers show if they couldn't make it. 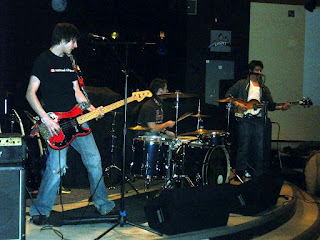 Results: When all was said and done, Bring The Fallen claimed victory at this battle, marking their second straight 1st place finish in a local battle of the bands. The Fury finished second, while RedD Monkey took home third place, and Creedon & The Animal Detectives rounded out the band order. 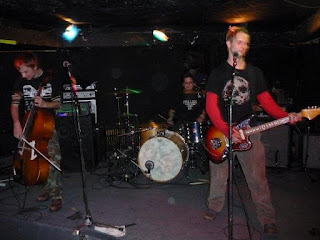 Aftermath: Bring The Fallen quickly made it to The Canadian Nightclub following their performance at this battle, to perform a two song set at that night's Kiss Battle of the Bands, although the success wouldn't repeat itself, as they did not advance to that battle's finals. Undeterred, Bring The Fallen continued their local success levels with a number of high profile gigs, including a further battle of the bands victory at May 2010's Downtown Showdown event, before dissolving in April 2011 (though they held a one-off reunion in July 2013.) The Fury remained a popular sight at local concerts of varying genre types until they went inactive in mid-2011 (however, a 2014 reunion never got off the ground), while RedD Monkey released three studio albums and headlined many notable concerts locally and in Southern Ontario before they went on hiatus in 2014, though they did play a Toronto reunion gig and posthumously release their final album last year. Finally, Creedon & The Animal Detectives did not see the same success levels that they experienced as Good Morning Gorilla, and they quietly disbanded in 2010.
Some Notable Performers' Newer Bands (Metal/punk in italics, ex-members noted with an *):
The Apocalypse Afterparty (Paul Stanghetta from The Fury & Steve Mozarowski* from RedD Monkey)
The Bear Hunters (Josh Stephney from Bring The Fallen)
Changing Waves (Terrence Gomes from Creedon & The Animal Detectives)
Deter (Josh McNally from The Fury)
Infinity Grinder (Terrence Gomes from Creedon & The Animal Detectives)
Kaepora Gaebora (Dan Souliere from Bring The Fallen)
March Into Regression (Josh Stephney, Dan Souliere, and Travis St. Amour from Bring The Fallen)
The Moves (Josh McNally from The Fury)
The Northern Tragedy (Terrence Gomes from Creedon & The Animal Detectives)
Theriac (Joe Bumbacco from The Fury; Based out of Toronto)

Trivia:
Videos:
None known (general videos of this battle's top 3 bands can be seen below)