Today's post marks our first of two all-video posts dedicated to one of our newest additions to our band links, local/Toronto hardcore punk/classical trio RedD Monkey! Now over 5 years into their run as a band, their unique and blistering sound has carried them to a number of successes locally and across Canada (incdluding their current Southern Ontario tour run), and now that we're covering them in full, we're definitely overdue to showcase some of their YouTube videos! I've broken up the ones I know about (ones I filmed aside) into two posts, with the first 4 coming today, so read on below for some long overdue video glimpses at the Mozarowski brothers and Joe (or Kevin) in action!

We'll start today with a Shaw TV Sault Ste. Marie news piece/interview with RedD Monkey that you may remember from it's televised run! I can't 100% date it, but I'm fairly certain that it was shot prior to their set at the first annual Sewer Swampstravaganza at The Oddfellows Hall in April 2011 (but don't quote me on that.) The video & interview was actually done by Shaw TV contributor Jasmyn Pozzo (not Sarah's Valley frontman Christian Lemay), who asked RedD Monkey about how they described their music, their influences, how they formed (and how drummer Joe Bumbacco joined), if there were challenges breaking into the local scene, their career highlights, their future touring & album plans, and the best part of playing in RedD Monkey. The video also features some interspersed footage of RedD Monkey playing their song "The Friar's Ire", edited in a similar way to the Shaw TV piece on As It Stands from that year. The guys don't seem 100% comfortable in an interview setting, but we get some good insight into their run and background, and it's a well put together video, so give it a look below!

Next up, here's a pair of RedD Monkey videos from a local concert from way back in October 2010! Shot at the first annual Soo Zombie Walk afterparty (held for the only time at Foggy Notions, now Coch's Corner), the videos are of RedD Monkey covering Motorhead's "Ace of Spades" and (as embedded below) playing their songs "Zombie Epoch" & "The Friar's Ire"! Notably, this was one of their first local shows with Joe Bumbacco on drums, and the Motorhead cover features Joe's The Fury bandmate Tony Briglio (now of Sykotyk Rampage) on guest bass, hence the joint credit as "RedD Monkey/The Fury" on that clip. Filmed by YouTube user cammicam (whose only other video was of The Fury from that same show), the songs sound good, especially with the fittingly timed "Zombie Epoch" showing off their faster & heavier side, but the sound is somewhat muffled, the camera can be blurry & oddly angled at points, and the first song is cut off by about 15 seconds. Very solid though, so give RedD Monkey's originals from the afterparty a look below, and I know the picture's not from the right show, I couldn't find a good one from it. 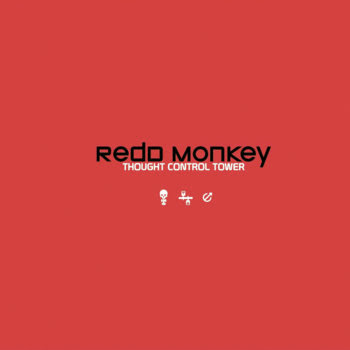 Also in RedD Monkey videos, you can't ignore what I assume is their official YouTube channel, which saw uploads of almost all of the original songs from their two albums earlier this year, including 2010's "Thought Control Tower" and last year's "All Baroque"! For the former, which featured Kevin Overton on drums, all 7 songs are featured on this channel (including the bonus cello rap number "Fo' Dozen Cookies", which often ends their shows), while the "All Baroque" songs have noticeably seen a couple of edits. The song "Dr. Fatty" isn't featured at all for unknown reasons, "Monkey's Paw (5th Wish of the Swamp Donkey)" is only credited as "5th Wish", and the CD's bonus 12th track ("That 13 Min. Song") is broken up into the three songs that were in it originally ("ODIN!", "NCO Song", and a cover of One Day As A Lion's "Wild International".) However, I'll note that the "Wild International" cover isn't listed on their BandCamp page for the digital version of "All Baroque", but I don't know if the newest CD pressings have it in any capacity. The quality on these uploads is as good as you'd expect, so if you wanna stream RedD Monkey's first CDs before buying, check the above links, and here's the opening track on "Thought Control Tower", that being "The Clock's Dement"!

Finally, we have a pair of videos from RedD Monkey's September 2009 stop in Halifax, Nova Scotia courtesy of YouTube user softsoftersoftest, where they played outdoors to accompany fire dancers during their routines! One video had a Francois Couperin composition laid over it for one reason or another (even though RedD Monkey are visibly performing), while the other (embedded below) is by the waterfront in Halifax with cellist Pete Mozarowski accompanying Kevin Overton & Sarrah Elizabeth Becker (daughter of Sykotyk Rampage's Dirk Becker) during their fire dancing performance. Very nice work spinning the fire, sort of puts you in a trance after a while, so give it a look below, especially with the partial RedD Monkey performance!

That's all for today, but stay tuned for this month's Saultites In Out Of Town Bands Profile hopefully TOMORROW, with more news imminent as well! Thanks everyone!
Posted by The Sault Metal Scene at 11:30 AM