One week after we last focused a whole post on Woods of Ypres, we're back with another post all about our resident blackened doom quartet! Today, we have a mix of videos and interviews, including a few new interviews in text, audio, and video formats, and kicking things off, a new concert video, so here's what you need to know! Firstly, here's a new live video from Woods of Ypres' concert at Station 4 in Saint Paul, Minnesota on May 14th, and it's of the band playing their song "Pining (For You)" from "Woods IV: The Green Album"! Uploaded by YouTube user SpaceKev from Black Wind Metal on Tuesday, the quality's really good on this widescreen video, though aside from the stage, everything is really dark. The audio's good but David Gold's clean singing isn't as clear as it could be. Solid video though, well worth checking out, which you can do immediately below!

Now to the interviews, and to start, SpaceKev also interviewed the whole band for a video interview on Black Wind Metal, which you can check out below! In the interview, the various band members discuss their name, their border issues, the Woods of Ypres cult following, their live sounds and instruments, their thoughts on "the rapture", and more! It's definitely a more informal interview than some I've seen, and it's cool to finally see a video interview featuring the entire band answering questions! Also bookended with introductions by SpaceKev, it's a good interview with lots of well thought out answers, so check it out below, and lots more at the above links! 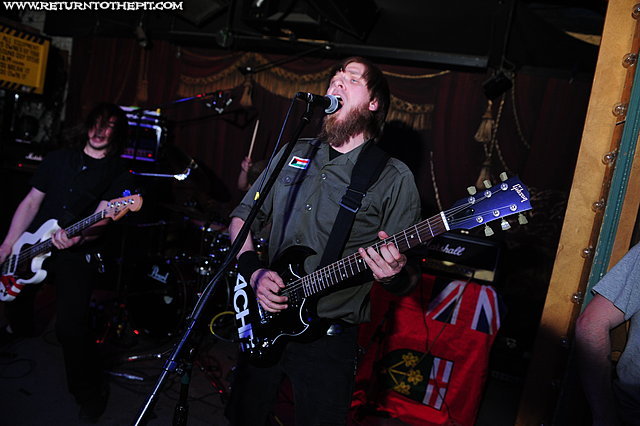 Next up, here's some audio interviews, and this first one is long overdue, but I only just recently managed to get it to play. Tyler McCaig from the music site Vision The Net posted an interview with David Gold recorded during their March stop in Halifax, and you can listen to it at this location! It's about 10 minutes long with Woods of Ypres audio clips bookending it, and in the interview, David discusses how the tour's going, reaction to the "Woods IV" re-release, the increased recognition since signing with Earache Records, and their lyrical inspiration. Fairly to the point as interviews go, but it has a lot of good discussion and clear audio, so click here to give it a listen! As well, a podcast interview with Fearless Radio on May 10th has been posted at this location as well! Clocking in at over 16 minutes, this interview features David discussing his varied musical influences and lyrical themes, the sounds of their past albums, the complex themes and sounds of "Woods IV", and their upcoming tour dates. Good interview, and it's even capped off with Woods of Ypres' song "Our Union (In Limbo)" too! Lots of nice band talk here, check the above links to listen in! 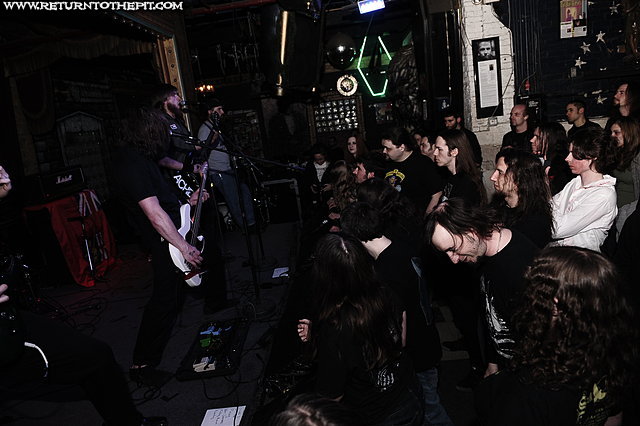 Also for print interviews, David was interviewed by Sarah Kitteringham of the Canadian music site BeatRoute earlier this spring, which you can check out at this location! Shaped more as an article with interview excerpts, he talks about the band's new state of touring following the Earache Records signing, the band's musical evolution and it's haters, their plans for "Woods V", and most surprising of all, some real discussion of their fake breakup last year! Though short on interview content compared to other print interviews we've seen, it's a solid read that answers some questions, so check it out at the above links! And finally, a lengthy interview with David was posted onto the metal blog Malicious Intent on May 1st, where interviewer "Wulf" asks David about the reception of "Woods IV", how that album almost never happened, David's overseas work, their musical evolution and themes, their upcoming tour plans, his favourite places to play, and their upcoming recording plans. It's really long, but David's answers and replies are well worded and you get the vibe that he and Wulf had a nice long friendly conversation! Check out that interview at this location, and of course, the above links have much more!

That's all for tonight, but I will see you guys at The Roosevelt Hotel TONIGHT for metal night! Thanks everyone!
Posted by The Sault Metal Scene at 8:07 PM