News From As It Stands, Life's Eclipse, Lion Ride, And This Week's Classic Video!

Hey guys, here's some more local metal news & notes to kick off the month of May, including the latest audio from Life's Eclipse, photos from Lion Ride, news from As It Stands, and this week's classic video! Before we begin, remember that tomorrow is May 2nd, so it'll be time for another "Where Are The New Albums?" post! Stay tuned for that, but now, it's time for the news! (Edited Tuesday, 2:03 AM) 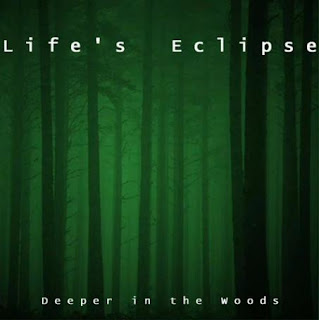 Eckerman, Michigan metal quartet Life's Eclipse are staying active following their surprise resurgence last month, so here's what you should know! Firstly, the band now has a Facebook page, and you can check it out at this location! The band hasn't posted too many updates to the page since launching it on April 19th, but they did announce that they've been working on some recordings recently, and they posted some samples on the Werehold Records YouTube channel on Thursday! The samples are respectively 46 and 61 seconds long each, and neither has vocals finished yet, but they're very promising! One is a clip of the song "Cell Differential" from an older album of theirs named "Invasion". Unfinished, so it looks like they're adding vocals and getting it complete for fans, click here to listen! Heavy with a melodic touch, I can't wait to hear a longer version with singing! Of the two clips though, the one below is even better in my opinion! "Out Of The Cold" (from the "Deeper In The Woods" album) is brutal and very fast, and a longer sample to boot, so definitely check it out! I continue to be impressed with these guys, they're one the Sault Michigan area's hidden gems, so check out the above links for more, and here's the "Out Of The Cold" sample!

Next up, here's the latest news from Sault Ontario hardcore quintet As It Stands! They have 3 big updates here, so let's go in the order they mentioned them in their most recent Facebook page posting. Firstly, the band has announced that they are hitting the studio after their next two local shows to record their first full length album! This would be their third release overall though, following two out-of-print EPs from the mid-2000s (if you have them or the mp3s, LET ME KNOW!) I wouldn't be surprised if they're back in Stoney Creek for these sessions, and it'll be interesting to see if they re-record the songs they did at Stereo Soul Studios last fall for this CD, or add them as is. Hopefully this comes together, I'll absolutely wanna hear the finished product! Secondly, the band confirmed their next two concert dates, both taking place next week, including one new addition! One's the Rosie metal night on the 12th, but the other is at Foggy Notions the next day! The band didn't give further details, but I'm fairly certain they're opening for Toronto melodic death metal band Hallows Die that night, which was a previously confirmed concert already. Good to hear, they'll do well on this lineup!

The other news? They'll be on Shaw TV (Channel 10 for Shaw Cable users) this week for a performance of their original song "Conception"! The station's local news & videos are on a frequent rotation, so it'll be easy to find it with patience. With this and a recent RedD Monkey TV appearance (awesome for them as well), it's great to see some form of local TV exposure for local bands, so definitely keep an eye out for the AIS feature this week! Big things are brewing for As It Stands, stay tuned for all of that (and more) in the coming weeks! 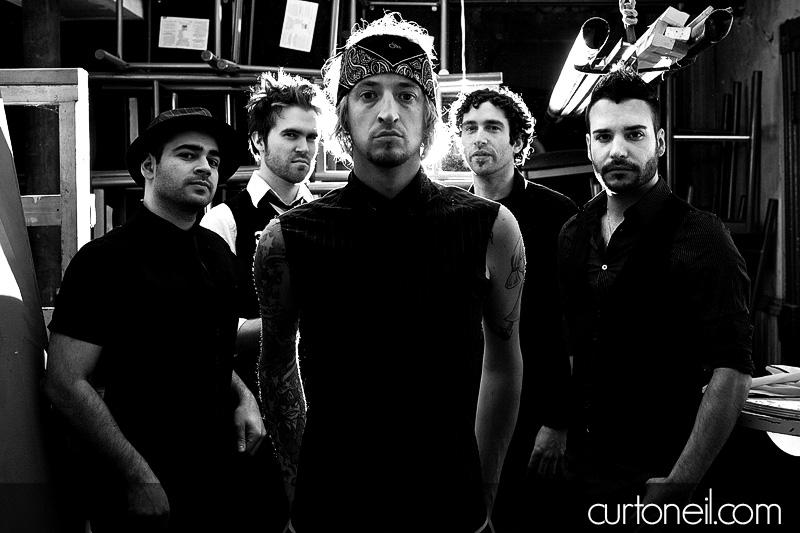 Thirdly today, here's the full photo shoot that Lion Ride had with Curt O'Neil early last month! We'd previously only seen one sneak peek photo, but there's lots more to share now, including a nice write-up from Curt about the band and the photo shoot! Curt heavily praised the band for their sound and energy, and wrote about how much fun he had during the shoot, which took place at The Algonquin Hotel, site of The Rockstar Bar, where they played their most recent local show early last month. Photos of all types were taken in locations ranging from a boiler room to a bathroom to outside, including humourous and serious shots for all to enjoy! Great work as always, Curt's one of the best local photographers you're liable to find, and his work speaks for itself! Check the above links or click here for all these photos, you'll enjoy them, and as Curt recommends, blast some Lion Ride while checking them out!

And finally, here's our latest (and long overdue) weekly classic video! Apologies for it being delayed until the next week, I'll have this week's earlier than usual to make it up! With Frightlight taking the stage last week (along with two shows from guitarist Rick White's punk project Motion Carried), it made perfect sense to go back to the Fitswitch days for the first time in this weekly series! This classic video was uploaded by Rick White in November 2009, and it's of Fitswitch playing 3 songs from a 2005 concert at Madison's Pub! The lineup present here includes Rick, his current Frightlight bandmates J.D. Pearce & Kevin Powe, original drummer Larry Mousseau, and bassist Jason Bourcier. Filmed by an attendee and originally posted onto Facebook at http://facebook.com/video/video.php?v=203361591302, it features three full songs from that show: "Bitch Anthem", "Rust Angel" (now a Frightlight staple), and "March Of 1,000 Corpses" (itself making it's live debut.) NO COPYRIGHT INFRINGEMENT IS INTENDED! I want people to be more exposed to Fitswitch, I was a big fan of theirs, and though their sound has progressed higher in Frightlight, this stuff should be seen!

Good performance, though the presence of alcohol is somewhat obvious. The "Rust Angel" cover is definitely lesser than we're used to from the later Frightlight version, but the other two songs have the classic punk/metal hybrid aggression that we loved in the mid-2000s! Quality's decent too, and HD as well, which is rare for the time! I split the video up to give each song it's own video, so check the above links or the SMS' YouTube channel to see all three, but here's the first song on the video, "Bitch Anthem"!

That's all for today, but stay tuned for our next "Where Are The New Albums?" post tomorrow! Thanks everyone!
Posted by The Sault Metal Scene at 8:04 PM

just thought you should know.

Kev.
also.. the video was filmed by Judge after he had filmed a gates of winter set (which was very cool of him)

Thanks Kev, I'll edit that!