Here's a new news post for your Thursday night, including our promised concert previews/(SHORT NOTICE) LOCAL CONCERT ALERTS for a prominent local solo artist, but we have some extended info on a new local album release to round things out, and one more belated batch of previews! Here's what you should know, and get more concert previews in the post below!

Former Caveman Morrison frontman Tym Morrison will continue his ongoing weekly concert arrangement at Gliss Steak & Seafood and his new bi-monthly run of shows at The Roadhouse Bar & Grill this month! These include Gliss matinees TOMORROW & SATURDAY, and then on February 9th-10th, 16th-17th, and 23rd-24th, and nighttime Roadhouse gigs lined up for TOMORROW NIGHT and on February 23rd! Apologies for the short notice on this weekend's triple header, remember that we go month by month for Tym's shows on here due to their amount and longevity. Another busy weekend is lined up for fans of Tym's skilled and prolific rotation of hard and classic rock covers, including the aforementioned 10 solo concerts and his newly ongoing run as host of The Canadian Nightclub's open mic nights on Wednesdays, so keep all of these chances in mind to see Tym live this month, including TOMORROW & SATURDAY!

However, Tym has reportedly cancelled his Twitch.tv webstream "concerts" on Thursday evenings for the time being due to scheduling issues, as per his personal Facebook page, but hopefully those return in the future! As for his Gliss and Roadhouse gigs in February, expect no announced cover charge at either venue, and while the Gliss shows are at 6:00 PM with no age limit (though mind the locale), the two Roadhouse concerts are at 10:00 PM with a 19+ age limit. Visit the official Facebook event pages linked here & here for more details, and here's Tym live a few years back! 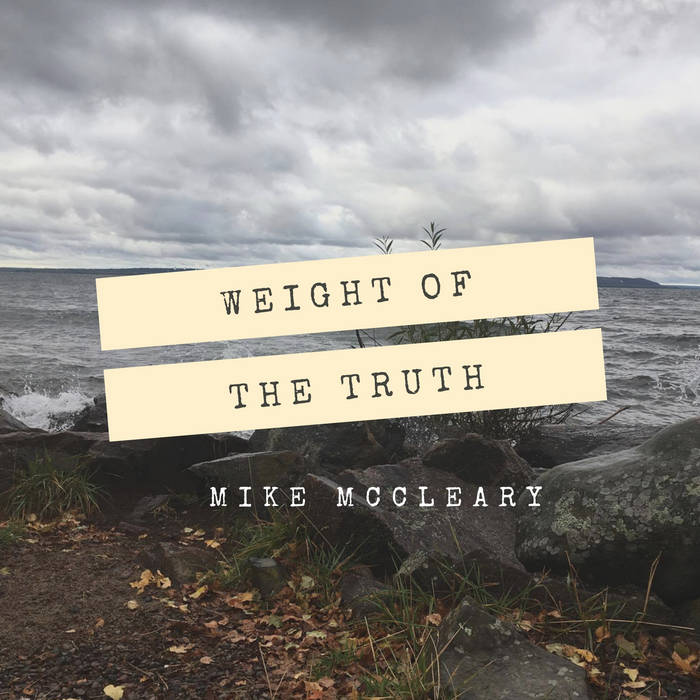 Next up, local hard rock solo musician Mike McCleary officially released his new full length solo album "Weight of the Truth" to his official Bandcamp page on Monday! When he teased last month that it'd be coming soon, he wasn't joking! Independently recorded since last year, Mike went into great detail on his Facebook page to describe some of the themes on this album, which evolved from "a fun rock album" to one that focuses heavily around mental health issues, something that he has experienced and fought, and wants to bring awareness to. Maybe releasing this in the lead-up to Bell Let's Talk Day was on purpose? Mike pledges to donate half of all proceeds from this album to TSN Radio host Michael Landsberg's SickNotWeak initiative, which is a great cause! Mike did make it clear that this isn't about money so much as creating "a positive and open dialogue about mental illness", and hopefully this helps facilitate the conversation in it's own way!

The 12 song album has entirely been posted to his Soundcloud page, though it should be noted that a track #13 entitled "Overkill" is featured there, but not in the Bandcamp sale copy for unannounced reasons, though it is more of an acoustic folk number than what did make the cut. Three of these songs had previously been on Mike's debut 2017 album "In Ruins" ("Roulette", "Snakes & Ladders", and "The Other Side", plus an acoustic version of the latter), but given that they've been re-recorded for this album, and that "In Ruins" was pulled from most services, that album appears to either no longer be in his official canon, or is being heavily reworked without those three songs. "Weight of the Truth" can be streamed on Spotify and is also available on iTunes, but I haven't found a mentioned Google Play posting yet. In any event, Mike is asking $9.99 for the album in it's sale format, but remember that he is donating half to SickNotWeak, so keep that in mind!

I am still leaning towards our first ever Mike McCleary album review on the site this month, and I will go with "Weight of the Truth" over his prior January EP "Hourglass" due to it's length, more recent release status, and presence of songs from "In Ruins", so unless something completely unexpected happens in between, watch for it this month! Lastly, Mike posted a music video for "Snakes & Ladders" to his YouTube channel on January 23rd, and it's full of creative and well edited imagery, which fits well with the song's lyrical message. Give it a look below, and stay tuned for more from Mike!

Finally for today, here's our somewhat belated preview of TONIGHT & TOMORROW NIGHT'S concerts from Kinross, Michigan classic/hard rock trio Banned, who will play their first gigs of 2018 at The Northern Pines Lounge at the Kewadin Shores Casino in St. Ignace! Profuse apologies for missing these shows in this post's initial version, they completely slipped me by when compiling our concert previews this weekend, and with not enough stories to compile a full news post at press time, I added this preview here and will bump the shorter assorted story block to our next full news post. They will be back very soon, I promise! Tonight and tomorrow's shows (which were previously announced last month and covered on here at the time) will be their first in almost two months, and first at The Rapids Lounge since November. Alex, Don, and Wayne should have another solid weekend of hard rocking covers in store for St. Ignace fans, so keep these ones in mind!

As usual for Banned's Kewadin shows, these are 21+ events with no announced cover charges, and 9:00 PM start times. Visit the official Facebook event page for more details, and here's Banned live!

That's all for today, but stay tuned for this month's "Where Are The New Albums?" post next! Thanks everyone!
Posted by The Sault Metal Scene at 8:00 PM