Ending a surprisingly busy month at the SMS with a post every day in April 2020, we have some new videos to look at today, with a heavy emphasis on Tidal Records-affiliated artists, so here's what you should know! 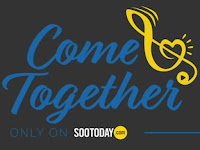 We'll start with a huge collaborative cover of The Beatles' "Hey Jude" featuring numerous local musicians to help support the fight against COVID-19! Sort of an epilogue to SooToday's Come Together YouTube concert last week, this at-home cover features many of the same musicians that took part in that event. 3/5ths of Dustin Jones & The Rising Tide take part from afar here, with only Liam and Marshall absent, and other familar faces on the roster include Jay Case (who leads off vocally), Frank Deresti, Tracey Hilderley, and Huckster alum Sean Halliday, among many others. The recording quality is uneven, but seeing all of these talented musicians working together like this is great to see, and donations to the Algoma COVID-19 Response Fund & the Sault Area Hospital Emergency Fund are more than welcomed. Check out the full cover below!

Next up, if you're a friend of veteran local punk musician Mikey Hawdon on Facebook, you may recall seeing his (more or less) daily series of "Quarantunes", where the Fairmounts frontman & Inner City Surfers drummer covers songs on vocals & ukelele in videos on his personal Facebook page. As best as I can tell, these have not been shared publically on his band pages, hence why I haven't featured them until now, but last night, local promoters Live705 shared Mikey's 46th "quarantune" video on their Facebook page, so I feel comfortable sharing that one. This is an 82 second cover of "Always Look on the Bright Side of Life" from Monty Python's Life of Brian, which is a great message at this confusing time, and Mikey projects a nice optimistic feeling with this cover too! Give it a look below, and if you're his friend on Facebook, go see his other 45 "quarantunes", including a number of collaborations with friends! 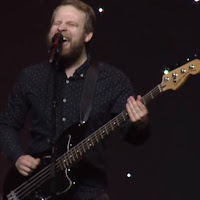 We'll next go from a former Rising Tide member to a current one, and while he didn't take part in the "Hey Jude" cover above, guitarist Liam Seymour does have a new at-home concert set to check out! This was live-streamed on his personal Facebook page on Sunday, and almost simultaneously shared on Tidal Records' own Facebook page, so it's good to go in the public sense. Liam did warn viewers about issues with the stream, so expect frequent audio drop-outs. After an initial instrumental jam, Liam's set (which is shorter than his April 5th live-stream) includes renditions of The Barn Board Trio's "This Big City", Jerry Reed's "Amos Moses", Junior Brown's "Highway Patrol", Marty Stuart's "Branded", David Wilcox's "Downtown Came Uptown", Johnny Bush's "Whiskey River", The Weeknd's "Earned It", another instrumental, and Steve Earle's "Copperhead Road". The surprise Weeknd cover aside, blues & country renditions seemed to be the theme of the evening.

The constant audio drop-outs are very unfortunate, as the streaming quality is otherwise fine and comprable to his April 5th show, but this eclectic selection of songs you don't hear covered every day should be of interest to many readers and fans! Give it a watch below, and stay tuned for more updates from him and The Tide as they roll in!

We'll close today outside of the Tidal umbrella with the latest video from local/Elliot Lake alternative/punk solo project Ashoka At The Show (courtesy of the 184Films YouTube channel earlier today), and it's an acoustic cover of Pennywise's "Alien". The camera's obviously mirrored (the Blackhawks logo on his shirt gives it away), but the cover's solid, and he does this Pennywise classic justice in this form, so give it a watch below!

That's all for today, but stay tuned for a new news post to kick off the month of May tomorrow! Thanks everyone!
Posted by The Sault Metal Scene at 9:13 PM