Here's the fifth part of our WLSO 90.1 FM retrospective, as we now dive into the late 2000s and beginning of the 2010s at Lake Superior State University's former campus FM radio station, by way of The Internet Archive's Wayback Machine. This was the period when I started attending LSSU as a history student, so I have fond memories of listening at this time, and it was fun looking back at what I remembered and missed out on then! Remember, listen to LSSU's current internet radio stream to set the mood while reading this post and exploring the content below.

After over a year without an actively updated website, http://wlso.lssu.edu was relaunched under a new server in December 2008, with this basic layout remaining intact for the better part of 3 years. Website archives from this era can be visited at this link, At the time of the WLSO website's reboot, mid-2000s metal DJ Kevin Kainula had been promoted to station manager, with Adam Fischhaber as the head music director. By the next fall, Adam took over as station manager, with Zach Greening becoming the new head music director, and Kevin moving into a new role as "metal manager." As of early 2011, business manager Brian Springett had became the new station manager, though music director posts were not listed. Unlike in prior incarnations of the website, front page posts here were less devoted to staff and technical details, with 2009 postings including the latest relaunch of their online stream, and their automation genre blocks during the summer semester.

During that semester, alternative rock aired for 3 hours at 4:00 PM, followed by a 3 hour classic rock block at 7:00 PM, and metal & hard rock aired for four hours overnight at 2:00 AM. In April 2010, the station announced that they would be playing more top 40 music than ever, with that summer also featuring just autoplayed music. An update that November indicated that WLSO was undergoing behind-the-scenes changes to make the station more secure & reliable, complete with a rebuilt music database and "a new outlook", and would continue in random automation with no hosted programs until February 2011, though no front page updates followed before the website was overhauled again that fall. Intriguingly, polls were also ran on their website from 2008-2011 to gauge listener feedback, though the results were not backed up. Unfortunately, this version of WLSO's website was very plain compared to the mid-2000s, with major updates not coming often, partly due to their 2010 upgrades. 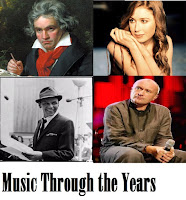 Some schedule data from 2009 has survived on the Wayback Machine (as backed up that January and December, and it's this era of the station where Facebook pages started turning up to promote certain WLSO programs. Kevin Kainula's Classic Rock Show continued into early 2009, now on Mondays at 5:00 PM, while the metal/classic rock show The Delta Dial (hosted by Kyle "DJ Twitchypants" Stockdale) aired on Tuesday nights at 11:00 PM. This is the WLSO program with the oldest surviving Facebook page, indicating that the show didn't visibly survive into the spring 2010 semester, though little was written there about it. That fall also saw the debut of Music Through The Years, a freeform/historical music program hosted by Steve Dishman on Saturdays at 3:00 PM through the spring of 2012. It also has a Facebook page, which has actually continued to be updated to this day with his personal music picks, so old listeners should definitely check that out!.

Other 2009-era programs on 90.1 FM included Tuesday Metal Mayhem that fall at 1:00 PM, plus such intriguingly named programs as Searcy's Slammin Show, Rev. Fischaber's Rowdy Hour of Power, and Sounds of Sargacia, while such DJs as The Dentist, Draco, Moose, and Armando could also be heard on air. At least two other programs to debut during this website's lifespan have surviving Facebook pages, one being Laker Vibe, a house/electronica show that aired on Wednesdays at 7:00 PM from the fall of 2010 through the fall of 2011, as co-hosted by Kaitlyn Fitzpatrick, Brant Coulter and Hannah Morse. The other early 2010s show on Facebook is The Mad Mix, a freeform/by-request program hosted by Audrey Fradette that aired on Monday nights at 9:00 PM from early 2011-late 2013. Facebook writings aren't plentiful for either show, but more exists on them than The Delta Dial!

As for WLSO's website, it was taken down again in the fall of 2011 and relaunched for the final time by that December, with an official Facebook page to match, but that's a story for next time. Also, for full disclosure, Kevin Kainula once sent me metal song charts for inclusion on the SMS around 2010, as site content, late in his station tenure, which was very generous of him! We'll explore LSSU's 2011-present run and online archived content in the final installments of this series in the coming days, but stay tuned for more news and notes on the site soon! Thanks everyone!
Posted by The Sault Metal Scene at 12:00 AM