The blitz of Sault Michigan-centric posts continues today with our third all-American post in the past three days! In this case, we have news on a local guitarist's latest band project and performance video, the likely negative status of a local hard rock band, but first, here's some notable early fallout from a big recent concert event! (Edited on Monday at 12:22 AM)

Let's start with some fallout from yesterday's second annual LemmaFest outside of Dondee Lanes, and by all accounts I've heard so far, the event went great! A nice big photo album has been posted onto Brimley metal trio Half A Man's Facebook page featuring over 300 photos from the event, so we can get some insights into what happened and the differences from last year, so here's what I've noticed! This year, the stage was covered (unlike last year), which is handy to provide some shade and rain protection, but I believe the weather was clear all day. Half A Man got nicely varied photos of each outdoor band except themselves (understandably) and indie rock quartet The London Gentlemen, as the band was hauling gear during their set. The photos also include a Brimley-based solo musician named Caitlin LeBlanc, who appears to have been a late lineup addition before Chump Change's set. Even without advance word, I can tell that she is a talented young singer/guitarist thanks to the videos on her YouTube channel, which includes two from LemmaFest, the first I've ever seen from either year on YouTube. Feel free to check out her videos, she definitely can go places in the area for her genre!

Other notes from the photos: Munising metal band Infathom played as a quartet last night (guitarist Josh Stadler currently lives out of state), Half A Man were indeed selling some type of demo CD at the event (looks similar to the demo that Elipzis sold in 2010), Bucksaw's lineup appears to be the same as last year's (no word on their genre or possible online pages though), there were speakers on stage this year before the last two outdoor bands (possibly Mike Lemma's family?), Half A Man drummer Mikey Bishop joined Infathom on stage later in their set (no word on if he played anything though), and there were some nice aesthetic touches among the outdoor setup, including a floating lantern and a LemmaFest 2012 banner that the bands and attendees signed once again. Check the above links to see all of the new photos! Everything sounds like it went great for the second annual LemmaFest, and hopefully next year's event is even bigger and better! Mike would be proud of everything that happened last night, I'm sure! Stay tuned for more fallout from LemmaFest as it comes in, including hopefully some more videos and clarification to any lingering questions! 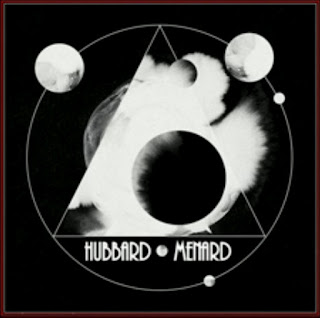 Next up, here's some news relating to talented local guitarist Chris Hubbard! The Nixxon Dixxon alum is apparently working on a new original project with former Splitshot bandmate Dave Menard named Hubbard-Menard that are apparently planning to release an album of some type! Now, album plans for local bands can mean anything from a full release to just a collected free posting, so we'll have to see if this ever gets compiled for sale, but Chris announced on his personal Facebook page that he's hoping to release this all on CD by "the end of the month". The Hubbard-Menard project will feature Dave on vocals and Chris on all instruments, and instrumental demos of three original songs have been posted onto Facebook at this location, but as Facebook video files, I can't embed them here. They definitely sound promising and have a nice heavy sound with proficient guitar work, and they sound a bit heavier than Nixxon Dixxon's originals did, but I'm especially curious to hear Dave's singing voice with this material. Splitshot never posted media from their run, so he's still a wild card in some ways, but hopefully the guys can create some magic in this new project! Stay tuned for more on the Hubbard-Menard project as I hear of it, including hopefully an online page or something similar!

That said, what's the current status of Chris' local hard rock band Trail's End? I'm not entirely sure, but it's not looking good. The band formed last fall by Chris and his ex-Nixxon Dixxon/Splitshot bandmates Kyle Beaumont & Jake LaLonde have been relatively quiet on the local scene since late January, with their online pages never acknowledging their announced Kewadin Casino dates in February and April. I also haven't seen any of the three guys refer to Trail's End on their respective Facebook pages since the winter, with Chris' current original work with Dave Menard and Kyle & Jake's new band The London Gentlemen seeming to be their primary focuses right now. With that all put into consideration, plus the lack of announced future dates, I've decided to move Trail's End to our inactive Sault Michigan band links, but if I hear anything relating to a return, I'll be sure to move them back! Chris, Kyle, and Jake have recorded a lot of great music in the past few years, and even if Trail's End didn't take off as fast as their older work did, their older bands and the successes they hit will be sure to remain high in our minds, and hopefully they continue to keep on the right path in their next musical steps!

We'll end this post on a related positive note, as Chris posted a new solo performance video onto his YouTube channel last week! It's of Chris covering another Van Halen song ("She's The Woman"), but like some of his other videos, it's not showcasing him as much as his equipment, this time his wide array of pedals & switches. He plays this song excellently, and he definitely shows is deep Van Halen appreciation here, but even though I understand showcasing his gear, it'd be cool to see him playing this cover as well. Check it out below, and stay tuned for much more material and news from Chris' music work!

That's all for today, but stay tuned for more news as the week rolls along! Thanks everyone!
Posted by The Sault Metal Scene at 5:23 PM