The news keeps on coming, and we've got some big stuff to talk about today! In this post, we have assorted stories from some young local bands, some more "Woods V" reviews, how you can see a recent metal-relevant Shaw TV interview online, and your first glimpse at an upcoming local metal EP, but first, here's a LOCAL CONCERT ALERT that marks some familiar faces' return to the Soo!

Toronto old school hardcore punk quintet Maximum RNR are coming back to Sault Ontario at the end of this month for their third local appearance! The band fronted by former Saultite & ex-Lion Ride bassist Brenton "Diamond Brent Panther" Ellis will hit The Rockstar Bar on June 30th for their first local concert date since their February 2011 headlining gig at the future Coch's Corner, and you know this should shape up to be a huge concert! My source is their official website's concert listings, with this very nice poster for the event also posted on the band's Facebook page. Notably, this will be Maximum RNR's first Sault Ste. Marie stop since Brent's former Detroit & The Labour Of... bandmate (and fellow Saultite) Curtis Faux replaced Davey Dee as their bassist, so if you've missed Brent & Curtis on stage locally in their various projects, keep this June 30th gig in mind, especially as Maximum RNR's current sound will be very familiar to Detroit fans! The openers will be local country/punk favourites The Billy Bastards in their 2012 debut, which will return guitarist John Conway to an opening slot for Maximum RNR, having opened for them with Destroilet last February. It's about time that The Billys returned, as you know their unique and fan friendly sounds will attract lots of notice!

Admission will be $5 for this concert, it will be a 19+ event, and a 10:00 PM-ish start time is likely. For more details, visit the above links! It's great to see Maximum RNR schedule a return to the Soo this month, and hopefully I can make it for this Saturday night show! I missed their last show here due to a cold, but I don't intend on being absent this time around! The Rockstar Bar doesn't tend to have a lot of hardcore-leaning bands, but it's a very nice venue that's familiar to the performers, and hopefully this show is a huge hit! Stay tuned for updates on Maximum RNR's show at the end of the month as they roll in!

Next up, here's some more recent news from local classic metal quartet Late & Loud! In recent days, they've been making more out of their Reverbnation page than some other local bands do, including making some interesting blog posts and uploading some new samples from their upcoming debut demo/EP! This includes 36 second-long samples of 4 tracks and a full copy of their original "Whisper of the Damned", and while I won't give any detailed assessments yet (wait for the full review), the recording quality is better than I expected on first listen! Check the above links to hear the new audio clips (and full song), but when could we possibly see this EP? According to posts late last month on Late & Loud's Reverbnation blog, they're working on a release date for the EP and are looking into an iTunes release, while they're hoping to play a show at The Canadian Nightclub "mid-summer" with an opening band to be announced. If the album is out by then, the first 10 to be made public will be autographed by the band members. It looks like Late & Loud have a lot of stuff in the works for the summer once their little live break wraps up, and hopefully by next month, all of the excitement will be more public for us to take note of! Stay tuned for more Late & Loud news as it comes in, and check out the new audio clips!

Also today, remember last month when the Shaw TV interview piece with local metal standouts Garden of Bedlam ran on Channel 10 for local Shaw Cable customers? Well, it's televised run has ended, but never fear, as Shaw TV Sault Ste. Marie's YouTube channel now features an upload of the 5 minute feature, so you can now check it out at your leisure online! Of course, this was shot at and around their May 12th headlining gig at The Rockstar Bar, and features clips of Garden of Bedlam playing three songs interspersed with a wide range of interview footage addressing many topics relating to the band. The only real new item I have compared to when we originally covered this interview was that this was indeed produced by former local punk singer Christian Lemay, despite the lack of voiceover audio that we're used to from his last metal-relevant interviews for Shaw TV's local branch. I actually have some more local press-related videos to share from the May 12th Garden of Bedlam show to share on the site later in the week, but for now, give their Shaw TV interview a look below! 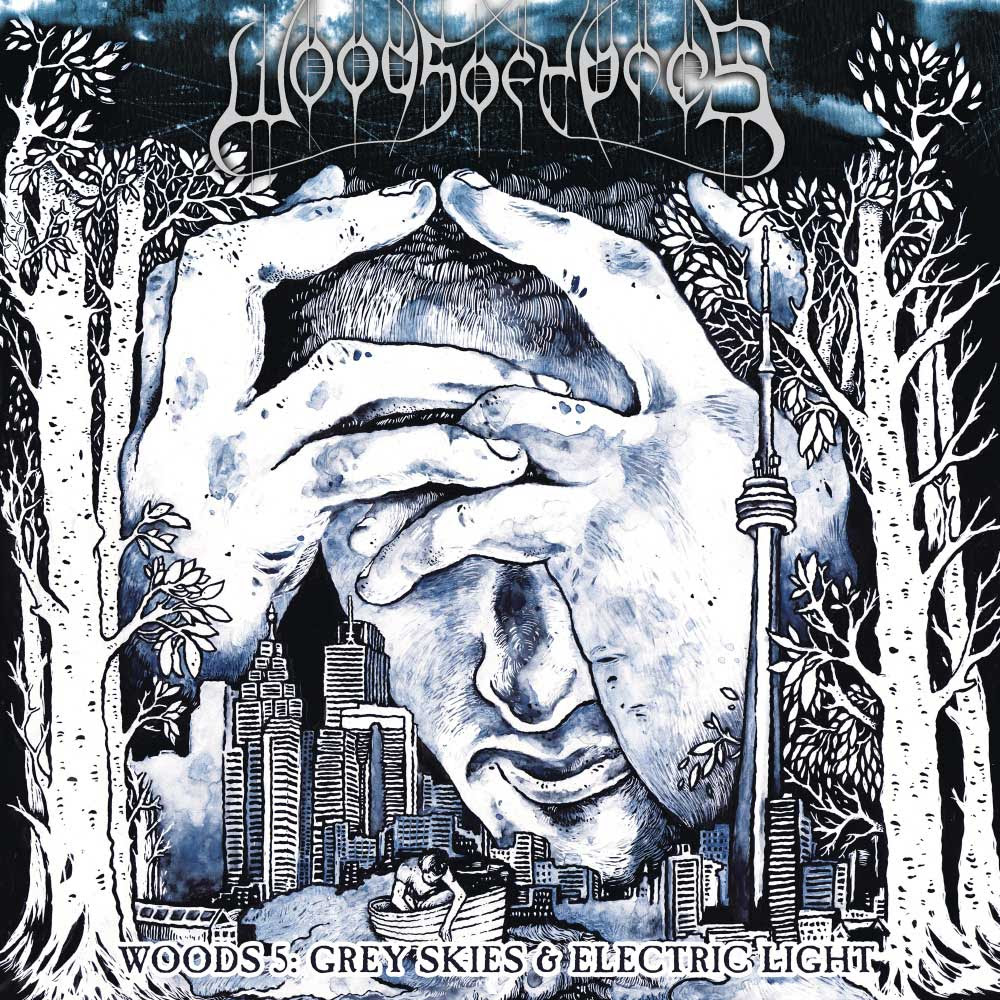 Fourthly, here's a few more reviews of Woods of Ypres' final recorded album "Woods V: Grey Skies & Electric Light"! Well, the first one apparently is more of a "first impression" rather than a critical opinion, but Apoch from the website Apoch's Metal Reviews gave a mixed-positive assessment on first listen of "Woods V", and though he had many faults for the album's mood and similarities to some other artists, he liked the growth Woods of Ypres were showing on this album, and it's interesting to see a writeup on the album without referencing David Gold's passing. Click here to check it out! In February, "Chris" from the website Metal Psalter gave "W5" 4 out of 5 stars, calling it "the perfect goodbye to David Gold", and called each track "a little trek" to the soul, and despite the missing star, he was mostly very complimentary and diverse with his opinions. Nice review, so check it out at this location! Finally, Martjin Welzen from Mass Movement Magazine gave "Woods V" a positive, but brief review in February, calling it a "great" and "pure Woods of Ypres record", while also complimenting the more upbeat sounds and insightful lyrics compared to "Woods IV". Short, but worth checking out, so click here to do so, and stay tuned for more "Woods V" reviews sooner or later!

And finally, here's a few assorted shorter stories from the last little while, all of which revolve around younger high school-age bands from the last year or so. As always, these are in alphabetical order by band or artist name:
That's all for now, but stay tuned for more news and weekend concert previews tonight or early tomorrow, along with this week's classic video and that second archive Woods of Ypres magazine interview! Thanks everyone!
Posted by The Sault Metal Scene at 10:30 AM