It's poll day at the SMS! After a month's worth of voting, our recent (and very topical) poll has came to a close, and thanks to all 30 of you who voted! Decent number, enough to get a good sample of people's thoughts on the question. We'll also debut this month's new poll, where I'm trying something a little different for it's content, but first, let's go over last month's poll results! As you may remember, I posted this question to you guys: What's your opinion on noise complaints for local concert venues? That said, here are your final results!: 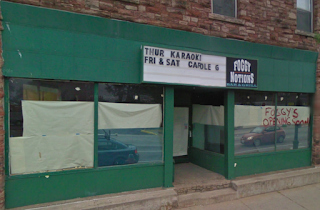 What do you guys think? I'll say that the results on the whole didn't surprise me, with a few exceptions. I see only two people thought the matter depended on the sound or location of the band/concert, which is slightly odd given what I thought would be a larger reliance on musical tastes. I'm very surprised two people suggested that all venues should control or lower concert audio, but there are people who dislike loud noise or want there to be restrictions, and maybe they came here just to vote for that reason? I dunno. Fourth place went to wanting a better definition on what is too loud, which makes sense, given the complaints, as then we could prove whether a law was broken, or the person complains easily. A second place tie with 5 votes each went to "Loud music rules!" and "If they're not breaking a law, don't complain", both of which scored high like I assumed. Both are great points, especially the latter, but the expected winner, with 13 votes and 43% of the total, was "Don't live near concert venues if you don't like the noise", which definitely seems to be a consensus thought from fans and supporters of bars like Feedback that get hit with noise complaints.

This issue still exists, as evidenced by the cops being called on local punk band Redundant on Halloween night due to noise, but we know that Feedback owner Rich Moreland is working on making things right with the city and neighbours to avoid this in the future. Yes, people's wishes and tolerances should be respected, but Feedback and it's prior names have had concerts for years, and they shouldn't have to operate with the hovering threat of a police visit. As long as a rule isn't being broken, they should be allowed to have whatever bands they choose, but that's just my opinion. Something will be done, I know it! Thanks again to everyone for voting!

Now, what poll are we launching this month? Well, I wanted to experiment a bit with another "choose a band" poll to see if we can get some good results, and considering that it's nearing the end of the year, I thought this question would be an interesting topic. That said, this month's poll features this question: What's your favourite NEW local metal band of 2011? There's always band turnover in the local scene, and you know that there can be a ton of talented new bands born in a given year. Look at 2010, for example, which featured the local debuts of Winkstinger, Half A Man, The Bear Hunters, Elipzis, State of Misery, Shit Liver, Splitshot, Changing Waves, Hammerspace, Sativa Rose, Late & Loud, and Powerslug, just to name a few! This year has been noticeably quieter for debuting new bands, but a few notable bands have formed or launched in 2011, and I'm curious to see which one you guys enjoy the most. I've picked 10 bands for the poll, and to be listed, they MUST have already played a live concert in 2011 so far. They also must have either debuted or launched to the public this year, so if there's proof they publically existed in December 2010, they're not a choice in the poll. I'm also experimenting with adding Sault Michigan bands in this poll, to see if the response will be enough to include them in monthly polls more often, as in the past, voting wasn't as high for topics based around the States. So without any further adieu, here are your choices!

Banned: This new hard rock trio from the Kinross area has quickly made a name for themselves at varying concerts and events in the Sault Michigan area, including a slot at The Sugar Island Music Festival! Alex and Don Traynor's talents and diversity are ever present, but are they your favourite new band of 2011?

Beyond The Surface: Launching in January, this young hard rock outfit from Pickford has survived a number of lineup changes to rock at a number of gigs through the first half of 2011. Promising band, and despite a lack of news since the summer, their profile is growing! Are they your top new band of the year?

Bring The Misery: Amidst lineup and name changes, the deathcore band born out of the ashes of Bring The Fallen & the then-defunct State Of Misery left a shoe-less mark on the Sault Ontario metal scene this past June, including some notable TV exposure, before quietly going inactive later this summer. That aside, would you still say they're your favourite new metal act of 2011?

Great Bodily Harm: When alumni of End of Existence, Half A Man, Powerslug, and Hammerspace unite, you can expect heavy things, and Great Bodily Harm have delivered on that so far! Though they have no internet pages, their posted demos and sets at The Merchant's Bar and LemmaFest helped share their groove metal/hardcore attack with a local audience! Are they your top new group of the year?

The Highest Of Fives: Another Sault Michigan band without an online page, The Highest of Fives showed promise earlier this summer with likely hard rock covers, and a good lineup featuring Free Refill, Seeking Reverence, and 7/47 alumni! Despite no visible activity since the summer, are these Guitar Studio products your #1 new band of 2011?

NoXcape: Formerly MK-Ultra, this new local hard rock quintet featuring the classic Absolute lineup and Shift/Krosswalk axeslinger Joey Beairl make a quick and noticeable impact on the Sault Michigan concert scene earlier this year, with a slate of hard rocking covers that fans surely enjoyed! Is there "no escape" from them as your top new band of this year?

Skull After Betrayl: Despite a two month breakup this summer and a change in metal subgenres, Skull After Betrayl have shown steady improvement and awareness in Sault Ontario since their debut this past spring, which led them to a few notable concerts, like when they opened for The Dayglo Abortions in June! Is this local hardcore quartet your favourite new outfit of 2011?

Sounds From The Green Room: A newer hard rock project from SBD & ex-No Arrow bassist Brad Griffith, this metal duo rocked the local stage twice in the first half of 2011, along with playing a show with RedD Monkey in Ottawa. That said, they have no online pages or posted material, but are they your ideal new band of this past year?

Swayze Train: After Electric Motor Fish dissolved this summer, members formed Swayze Train and turned up the dial to deliver some heavy modern rock/metal covers at local venues over the past few months! Surely one of the highest profile new bands of the year, are their proficient blend of genres your favourite debuting sounds from 2011?

View To A Kill: A new local deathcore band featuring State of Misery, Sativa Rose, and Chillum alumni, View To A Kill made their short notice debut as openers for Skull Fist earlier this month, showcasing a nice blend of extreme styles and talent to go around! Is their debut enough for you to name them your top new local band of the year?

Other: Got another band in mind for your favourite new act of the year? This is the option for you! Is your favourite new band a solo project (like Eden Plague or Galactic Alignment), or have they just not played live yet (like Social Suicide or Chained Memories?) Or maybe there's one I missed altogether, or from a different genre? Vote here if that's the case!

VOTE TODAY!! You have until December 18th to make your voices heard, and then we'll have another "best of 2011" poll ready to go for you guys! If Sault Michigan bands get a decent segment of the vote this month, we'll include them in more future polls, so keep that in mind as well. That's all for today, but stay tuned for more news hopefully this weekend! Thanks everyone, and get voting!
Posted by The Sault Metal Scene at 12:31 AM