Just in case a SHORT NOTICE LOCAL CONCERT ALERT popped up, I had stories at the ready for tonight, and one did, so we have a surprise second post tonight! Along with the latest from a local label and some new concert videos, we have details on a recent new album release, and leading off, TONIGHT'S new show announcement, so read on below for what you need to know, and check out this month's Saultites In Out Of Town Bands Profile on The Lumbermen in the post below this one!

As possibly expected, Caveman Morrison frontman Tym Morrison will continue his newest weekly concert arrangement with another unplugged show at The Harp Pub & Grill TONIGHT! Apologies for the short notice, Tym only officially confirmed tonight's show a couple hours ago on it's Facebook event page. Tonight's event will be Tym's fourth straight Friday nighter at the former Madison's Pub since this newest weekly arrangement began, and hopefully his acoustic metal & hard rock covers entertain patrons at this central concert venue once again tonight! Like his other Harp shows, TONIGHT's gig will have no announced cover charge, a 19+ age limit, and a 10:00 PM start time. For more details, visit the above links! Despite the very late confirmation, it's nice to see Tym continuing this regular weekly run, and I'll have to stop in one of these Fridays! Go check out Tym TONIGHT if you can, and for a preview, here's Tym covering Heart at The Service Grill! 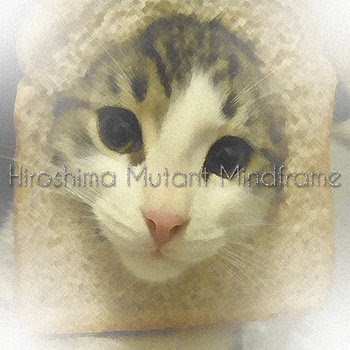 Next up, we have a new digital album release to make note of today, as local/London metal solo project The Hiroshima Mutant Mindframe released a self-titled album on Bandcamp last weekend! A collection of instrumental compositions by project leader Matt Parr, the album has 7 songs, though two are under 50 seconds in length, an artist named Ree Zheng is credited on the first song, and the untitled sixth song was co-written by former Crimson Crusade guitarist Brock Pinder. Like fellow local metal band The Strange Coyotes' debut album, this is for sale on a "name your price" model, so while you can download it for free, I'm sure Matt wouldn't object to purchases of it, and doing so would support his material! The songs on the album join a number of other assorted works-in-progress recordings on his SoundCloud page, including a cover of Yelawolf's "Pop The Trunk" and two untitled songs. I have yet to hear the new Hiroshima Mutant Mindframe album, but given that it is on sale, it's definitely a planned CD review on the site, but when?

Not next month, as I have Pillory's new album slotted to kick off 2014, but an H.M.M. review could come as early as February depending on a successful release of Telephone & Address' "Rotten EP" at tomorrow night's Algonquin Pub concert that I'm going to. Either way, an early 2014 review is certain, so keep an eye out, and trust me, Matt's a very talented guitarist, so message him at the above links if you're interested in adding him to your band!

Also on the docket, newer local hard rock quartet The Danger Cats have some new Facebook videos online from their X-Mess concert appearance at LopLops Lounge last week! Uploaded on Sunday, the videos confirm that singer Summer Snow-Leopard was back for the event, so these are our first glimpse at the band's full new quintet lineup, though it's hard to compare to prior shows yet given the uniqueness of this one. The videos include a cover of The Ramones' "I Just Want To Have Something To Do" (featuring Summer on lead vocals) and, as embedded below, an original (I think) named "Wanted Man", with the latter featuring Kate Kougar on lead vocals, and guitarist Paula Panther playing the cowbell and tambourine instead. The videos have good angles of the band (albeit at very different perspectives), and while I do think the girls benefit being plugged in, they sound good! Summer needs more work on her stage presence though, and on The Ramones cover, you may recognize Hydra's Teeth bassist Benn Garside dancing in front of the camera for much of it, which is fun! Check out their "Wanted Man" performance below, and more at the above links!

Finally for today, here's the latest from local goregrind label Blood Shed Productions! Updates have been sparse over the last few weeks from their metal acts, but in their most recent Facebook page posting from earlier today, owner Ringsnaps Gibson acknowledged that Bloodshed activities "are going to be a bit delayed", partially due to the sudden passing of his brother Justin earlier this week. Though not a musician as far as I knew, Justin was integral in helping out Tyler and the label, as well as transporting gear for gigs, and those close to the Blood Shed umbrella are definitely feeling the loss. I never knew Justin, but our condolences definitely go out to the Gibson family and the label at this trying time, especially with the news breaking right before Christmas. Also in the post, Ringsnaps announced that going forward, metal duo Brutaly Fatal (who he recently joined on drums) will be drastically changing focus and will be playing little to no grind or death metal material going forward.

A reason for that shift wasn't announced, but it does come following the most recent Brutaly Fatal jam session video on the label's YouTube channel, which shows Austin McCrea and Ringsnaps playing a funk rock song. Is this the band's new direction, or just random experimentation? We'll find out in 2014 hopefully, so stay tuned for updates from them and other Blood Shed metal artists!

That's all for today, but I'll see you guys TONIGHT at The Algonquin Pub for Garden of Bedlam and Destroilet! Thanks everyone!
Posted by The Sault Metal Scene at 7:14 PM